Hardin County has up to an inch of snow, with a layer of ice underneath that makes driving difficult and dangerous. 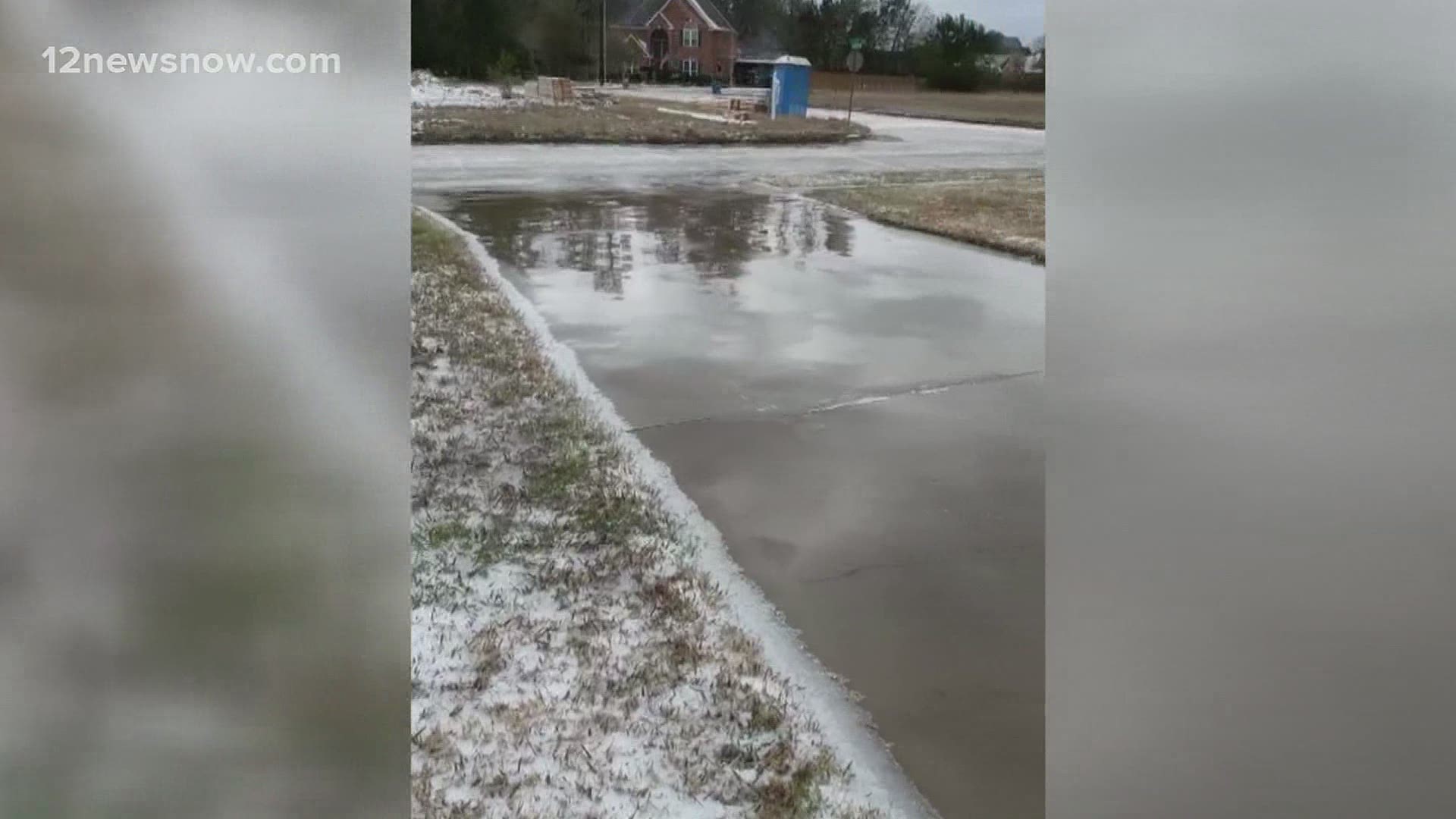 LUMBERTON, Texas — Ice and snow covered Hardin County for most of Sunday night into Monday morning. The northern counties in Southeast Texas experienced the winter storm the longest.

Lumberton residents said some of the ice and snow is starting to melt Monday afternoon, causing a watery mess in their front yards.

Most people in Lumberton are bundled up and staying warm during the winter storm. Hardin County saw as much as an inch of snowfall. Underneath the snow is a layer of ice that makes driving difficult and dangerous. TxDOT asked people to stay off the roads if they do not have to drive.

Some businesses like Southern Maid coffee and donut shop in Lumberton stayed open to serve customers in the cold.

"The boss man needed help," employee Rodney Skagg said. "He was here by himself. I'm in walking distance, so he called, I came."

Skaggs said he has been working for Southern Maid for a couple of months. And when one of the other employees called off Monday due to the weather conditions, he said he knew he had to come in to help his boss run shop.

Due to COVID-19, some small businesses have been struggling to stay open. The owner of Southern Maid said he was not going to let a little bit of snow stop him from feeding the community.

Southern Maid opened at 4 a.m. Monday, while the snowfall was heavy. Customers have been coming in throughout the day to grab donuts and kolaches.

Roads and streets closed in Southeast Texas due to winter storm