It's a big decision and the Flood Protection Authority explained that closing all of the gates is highly unusual. 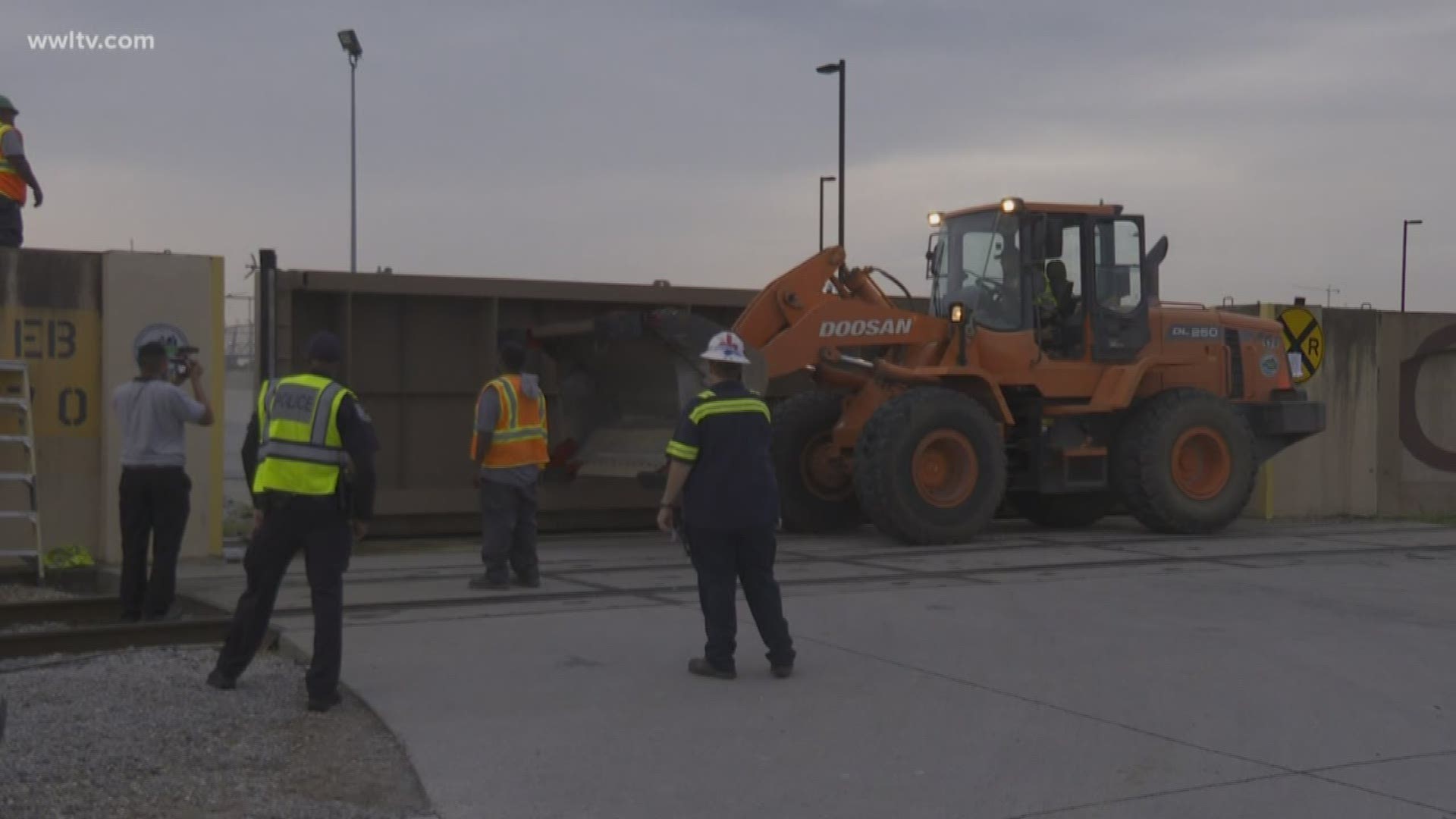 NEW ORLEANS — As we watch what could become Hurricane Barry, we also have a very high Mississippi River. Wednesday, crews began closing all 244 flood gates along the length of the levees in New Orleans and the surrounding area. This doesn't happen often.

As dozens of flood gates closed Wednesday evening, some who live in Bywater stopped by to watch.

"It looks pretty cool and I feel confident about it," said 9-year-old Santangelo Longo.

They were curious because closing the gates doesn't happen often.

RELATED: Corps putting sandbags in some low levee spots; River levees could have water 'splash over'

"Very rare, very rare," said ship captain Rick Jordan, who uses one of the gates opening to get to his ship.

"The crew has maintenance jobs due tomorrow. In addition to that because of the storm coming up, we have stuff we have to start tying down to prepare," he said.

He got a notice Wednesday afternoon about the closures because it means he and others who work on docks have to make adjustments.

"It's going to be really difficult for the crews to come in tomorrow because a lot of them are old men like me," Jordan laughed.

The closing of the floodgates affects a lot of things including the trains which have some tracks that go through the gates' openings. Anything behind the flood gates you wont be able to access including the aquarium.

"That's a big decision to make,"Jordan said. "They don't close these gates lightly."

It's a big decision and the Flood Protection Authority explained that closing all of the gates is highly unusual.

"I don't think anybody whose alive and lives in New Orleans has gone through this before," said Bywater resident, Joe Longo.

Right now it's at 16 feet according to the Flood Protection Authority. That's twice as high as normal for this time of year.

Plans are to have all of the flood gates closed by Thursday evening.

The Flood Protection authority is looking at some potential low spots at the flood walls to figure out if they need to make any adjustments.