'Prepare as if it's the worst case scenario,' Drainage District 7 prepares for potential storms

"As the rain is coming, we're pumping water out of the city into either Sabine Neches waterway or Taylor's Bayou," supervisor Ronnie Hollier said. 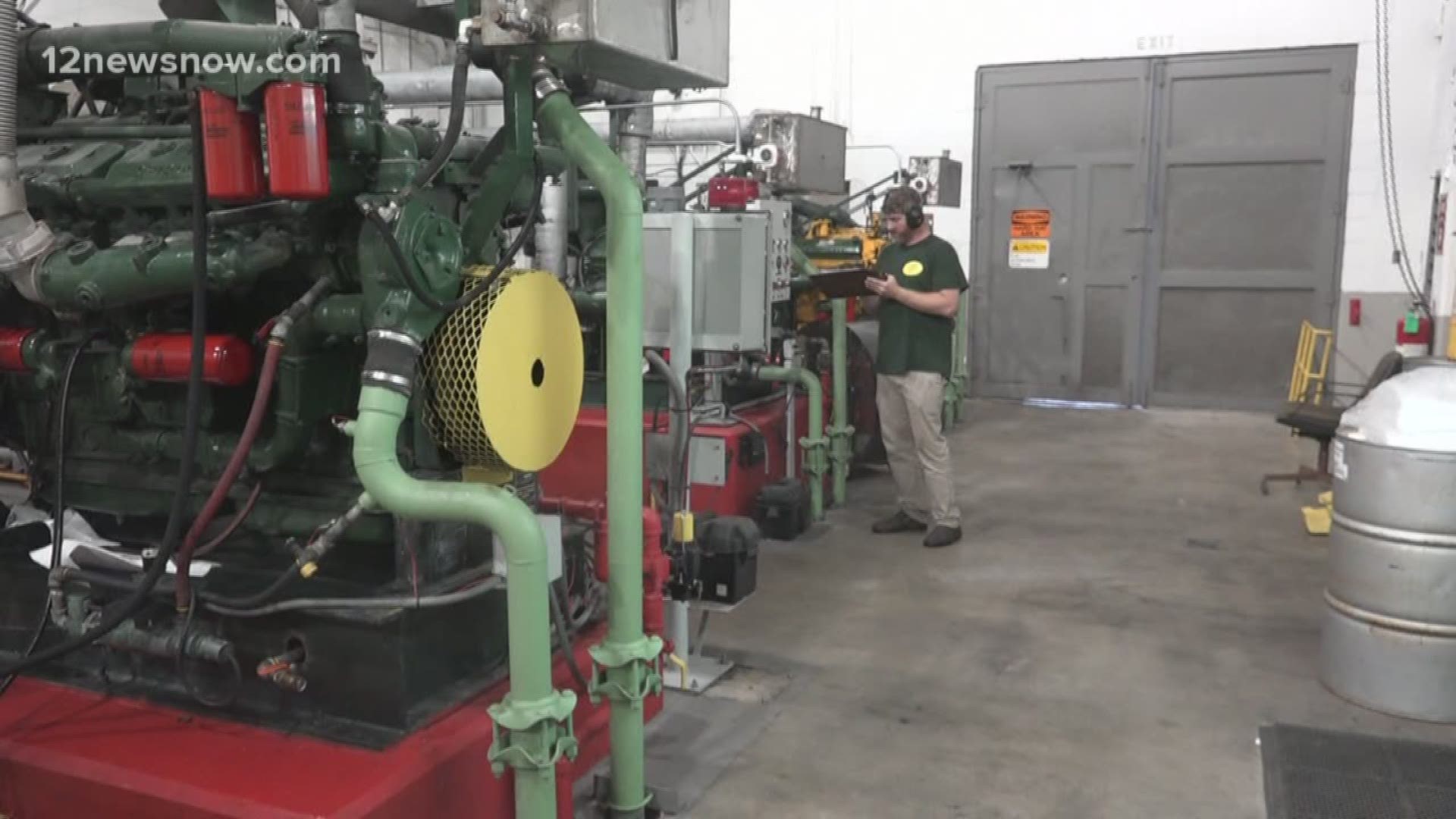 PORT ARTHUR, Texas — It's go-time for crews down at Drainage District Seven.

There's word a possible storm is brewing in the Gulf, and their job is to get Port Arthur and Mid-County ready.

"We have 281 miles of drainage channels, and we have 36 miles of hurricane flood levee, so some of our crews are throughout the district making sure all of our ditches are clean and clear," said supervisor Ronnie Hollier.

Other crews are making sure closure structures are ready to go on the levee in case of closure.

"We just prepare as if it's the worst case scenario," Hollier said.

Crews are working 12-hour shifts, alternating from 7 a.m.- 7 p.m., and they are at their pump station waiting for what could come.

"As the rain is coming, we're pumping water out of the city into either Sabine Neches waterway or Taylor's Bayou," Hollier said.

Hollier says no matter what comes; they stay to deal with the storm.

While he says they don't expect anything bad right now, they will prepare for the worst.

"So we will be completely prepared as far as if we have to go in storm duty and if there is a hurricane, we will shut down our storm system and have everything fueled up and ready to go," Hollier said.