The dust that arrived last week was considered historic. The dust this week is expected to be more typical. 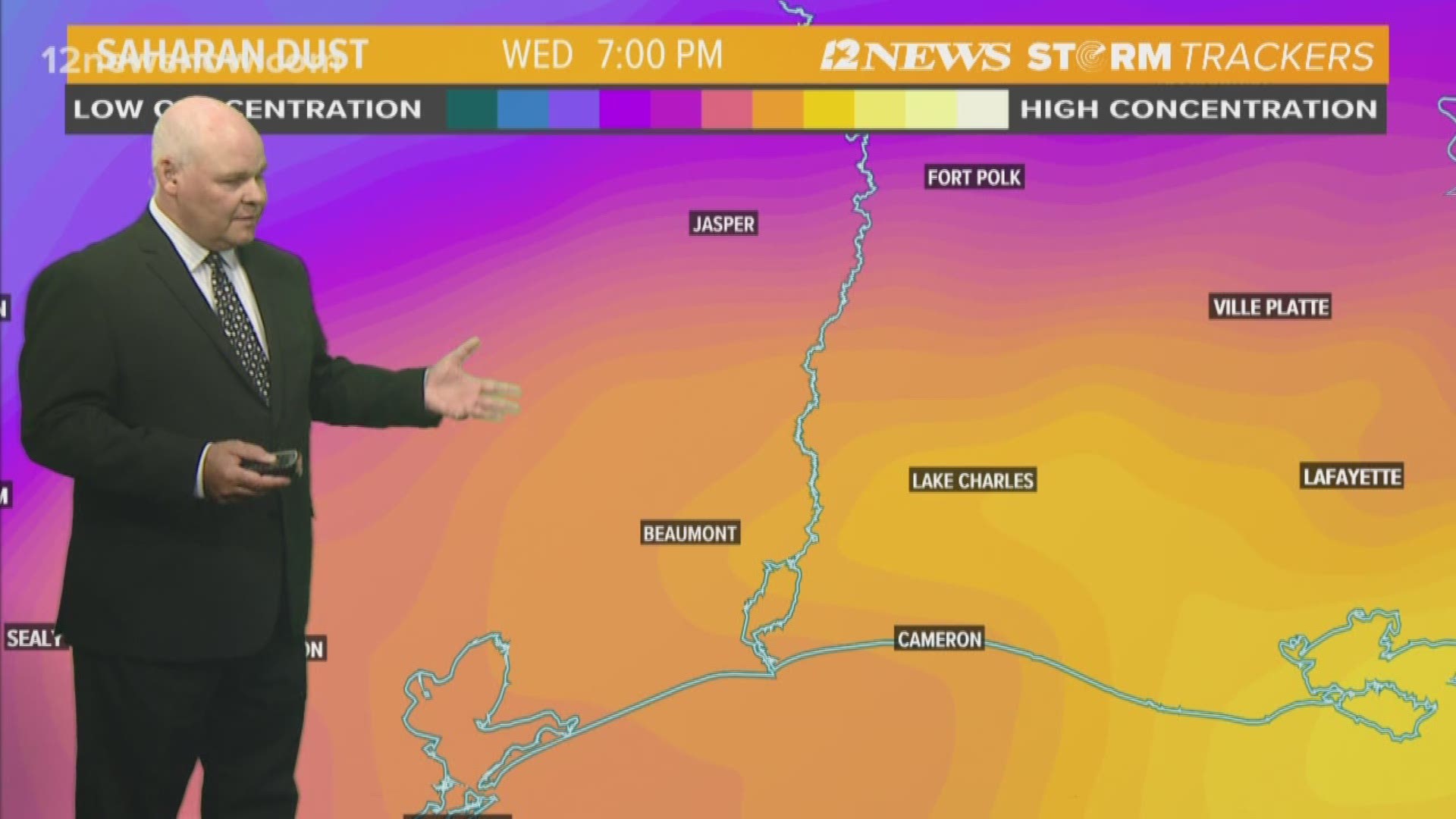 Another round of Saharan dust is forecast to push into Southeast Texas from the Gulf of Mexico this week. The haze will blanket much of the Gulf Coast, bringing poor air quality along with those picture-perfect sunsets.

"The main impacts of the Saharan dust will be hazy skies during the day, locally reduced visibility, degraded air quality, but with potentially colorful sunrises and sunsets," the National Weather Service said.

The cluster of extremely dry and dusty air known as the Saharan Air Layer forms over the Sahara Desert and moves across the Atlantic Ocean from late spring to early fall, peaking in late June to mid-August, according to the National Oceanic and Atmospheric Administration. It travels 5,000 miles and can occupy a roughly 2-mile thick layer in the atmosphere, NOAA said.

Some of the thickest dust, nicknamed "Godzilla" for its unusually large size, arrived in Texas last week. The MODIS Satellite, launched in 2002, has never recorded a Saharan dust plume so thick as it arrived in the U.S.

Some of the dust made it all the way into the Ohio Valley and mid-Atlantic.

The dust arriving this week is not expected to be as thick as "Godzilla" -- experts say its more like Godzilla's baby brother.

Those with respiratory issues are impacted most by the dust. It can make breathing hard -- especially for those with asthma and COPD.

While the dust is bad news for allergy sufferers, it's even worst news for hurricanes. The dusty, dry air keeps hurricanes from forming. It also helps keep water temps in the Atlantic cooler since it keeps sunlight from hitting the water.

Largest plume of Saharan dust arrives in the U.S.

1 / 6
AP
A cloud of Sahara dust hangs in the air in Canovanas, Puerto Rico, Tuesday, June 23, 2020. A vast cloud of Sahara dust is blanketing the Caribbean as it heads to the U.S. with a size and concentration that experts say hasn’t been seen in half a century. (AP Photo/Carlos Giusti)