Some families in Kirbyville have reported that they've been blocked in by the fallen power lines. 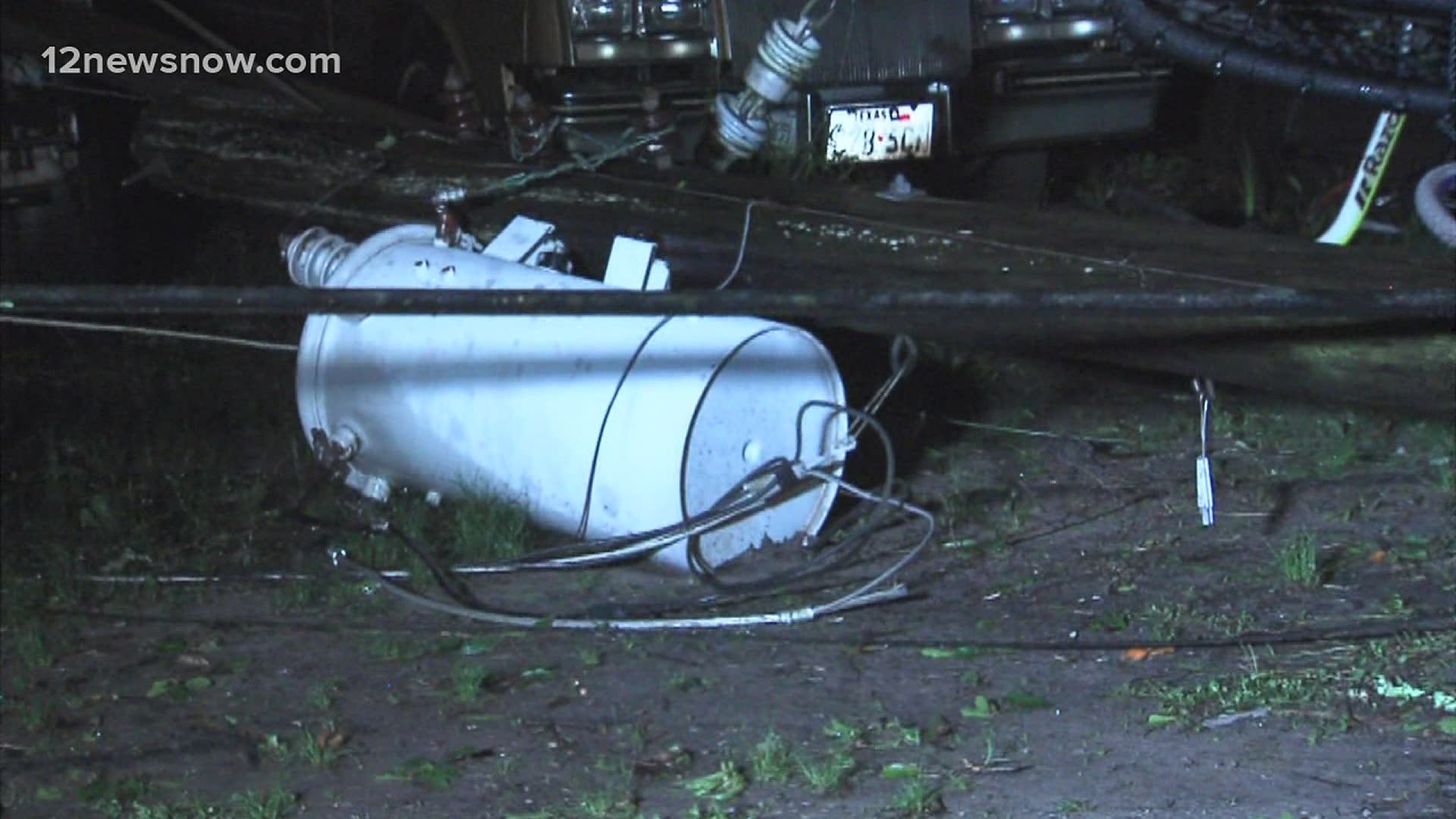 KIRBYVILLE, Texas — Rain and wind caused major problems for the Lakes region of Southeast Texas Friday morning, knocking out the power in some places.

Families are shocked at the amount of power outages and damages they're seeing after the storm.

Some families in Kirbyville have reported that they've been blocked in by the fallen power lines. Now, they're figuring out what's next. One family in Kirbyville had to scramble to find safety.

Fallen power lines, trees, blocked driveways and power outages is what some families dealt with Friday morning. One family said that even though the storm was a scary experience, they're blessed, and that it could have been worse.

"We kind of scattered around the house looking for somewhere safe and like I said..it didn't last that long, it was there and over with,” said Subrella Grant, neighbor affected by storm. “I came up last night after everything And I see the trees down and I seen the power line. And I went back in the house. Woke up this morning came out and this is what I seen.”

The power line has her car blocked in. She doesn't know when she'll be able to leave.

“This morning, I had to call my boss and let him that I’m not gonna be able to get out and go to work anytime soon,” Grant said.

Kirbyville Public Works is working on removing some of the fallen trees from Friday morning.