All the passengers were pulled to safety, officials said. 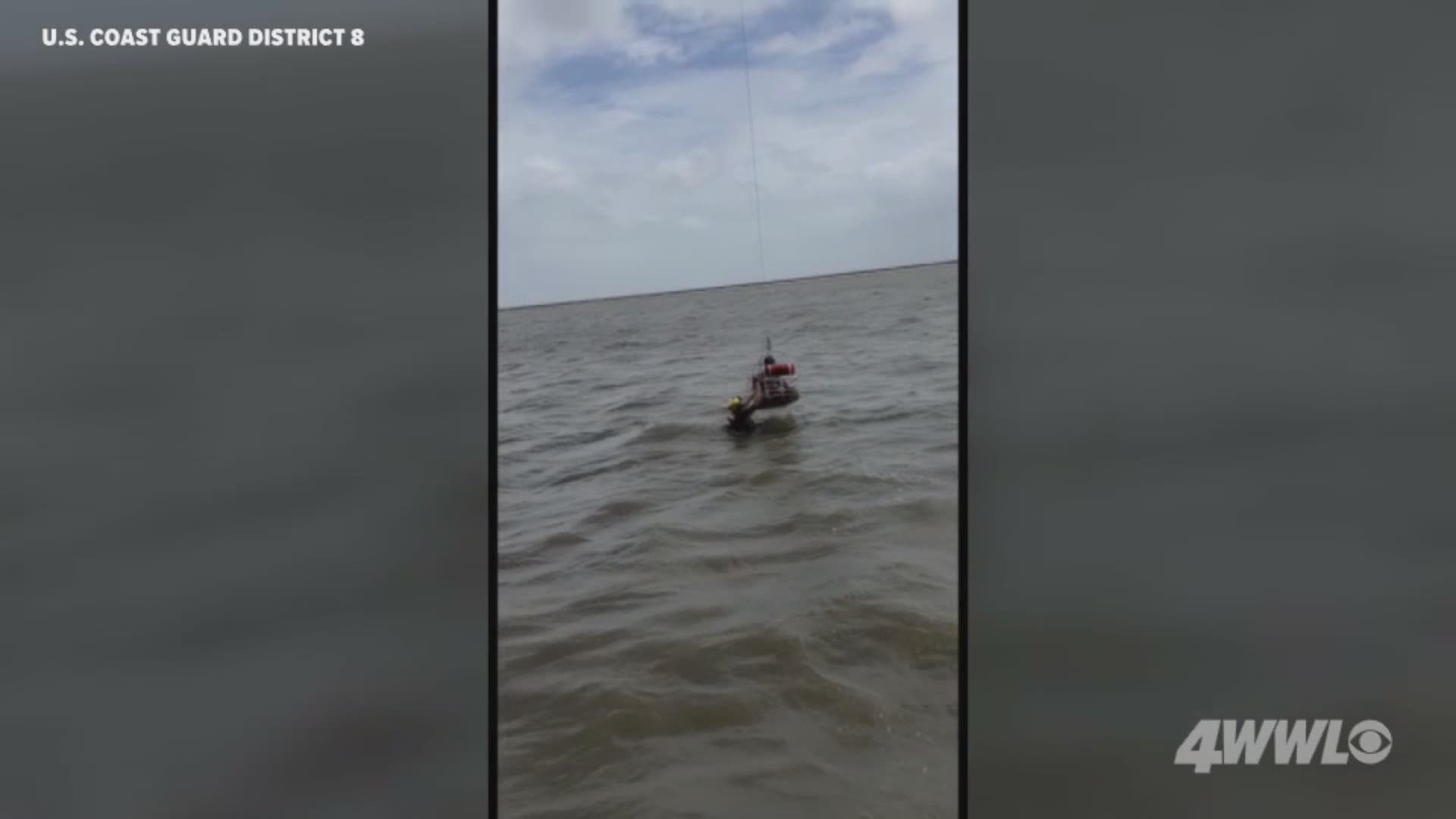 NEW ORLEANS — The Coast Guard shared incredible video of a water rescue, as Tropical Storm Barry continues to creep toward the coast of Louisiana.

According to the Coast Guard, five people had to be pulled from a vessel that ran aground about 23 miles, southwest of Gulfport, Mississippi.

Officials said they received a distress call from the vessel around 9:45 a.m. Thursday morning, when Barry was still roughly 100 miles south of the mouth of the Mississippi River.

Crews launched a MH-65 Dolphin helicopter aircrew from the Coast Guard Air Station in New Orleans to assist. Crews arrived at 11 a.m. and pulled the first three passengers to safety. After dropping them off in Gulfport and refueling, the aircrew returned to rescue the other two passengers and a Coast Guard rescue swimmer who stayed behind.

All the passengers were safe, officials said.

The Coast Guard reminds hurricanes and tropical storms can be deadly, and the Coast Guard's ability to conduct rescues can be significantly limited or non-existent at the height of a storm.

Boaters, they said, should be prepared, stay informed and heed storm warnings.

National Hurricane Center Director Ken Graham said pockets of Louisiana could have as much as 25 inches of rain.

Download the FREE WWL-TV News app now in the iTunes store or on Google Play for tropical weather updates through hurricane season.

Tropical Storm Barry: Here's when and where the storm will hit