TxDOT: Construction work will not affect any future hurricane evacuations

"If an evacuation were to be called or if we knew a storm were coming, we would have the contractors to halt construction." 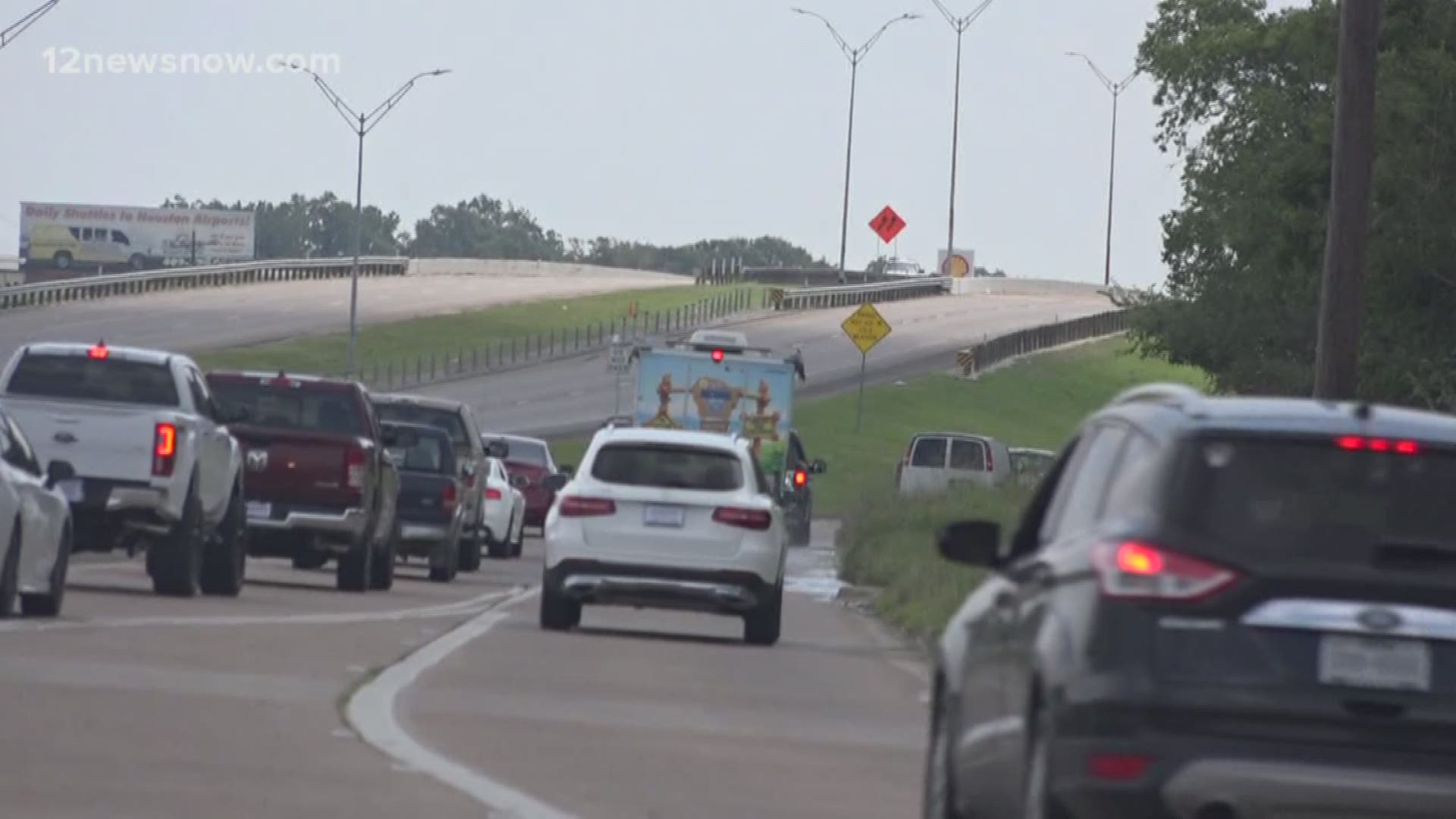 "I've lived in Southeast Texas my whole life, and so I remember evacuating for two hurricanes, and even then it would take us about 12 hours to get to San Antonio," Sarah Magdaleno said.

"A long time ago, we didn't have as much construction, and it was still pretty bad to get out of here," said James Basden.

Drivers know all too well how traffic can be affected by an evacuation.

They can remember how chaotic past evacuations have been.

"Even now, you're always stuck in traffic, always," said Magdaleno.

If there's ever another hurricane evacuation from the area, you can bet TxDOT's construction work will come to a halt.

"If an evacuation were to be called, or if we knew a storm were coming, we would have the contractors to halt construction," said TxDOT Spokesperson Sarah Dupre. "And we would have as many open lanes as possible because we want to make sure that people can evacuate safely and as quickly as possible."

Dupre said clearing construction crews off of roads like Highway 69 would be a top priority since it's a major evacuation route.

Many Texas drivers recommend staying alert and having a plan, no matter what.

"Always stay prepared; you never know what is going to happen," Magdaleno said.