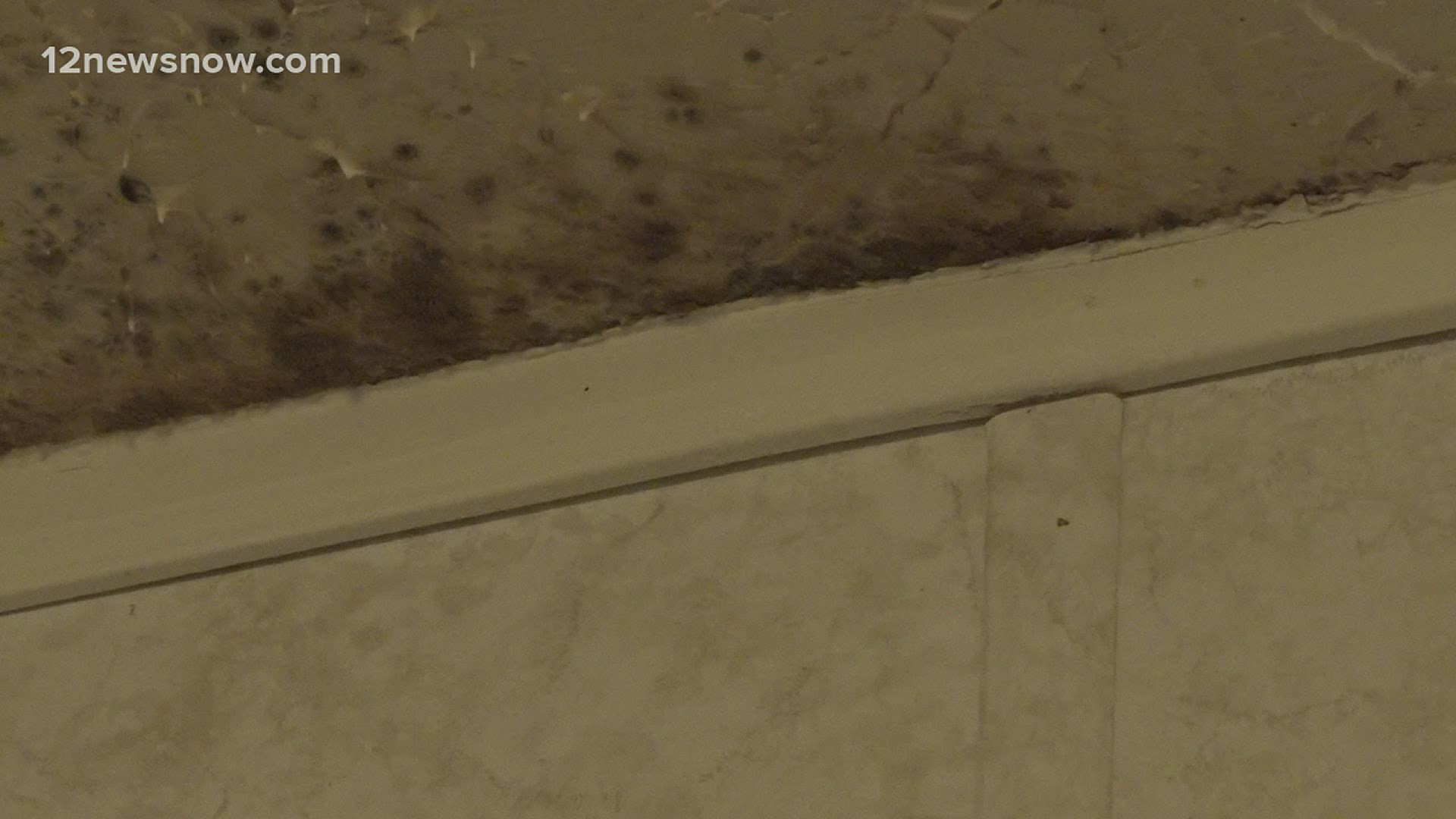 BRIDGE CITY, Texas — These days, the only time the Runnels are in their Bridge City home is to check on the problems that Hurricane Laura left behind.

Kassie Runnels says the biggest problem is the mold, which isn't easy to get rid of.

"When we came back in and smelled how strong the mold was, we knew it wasn't safe for the babies to be in here, having kids that young with mold allergies, there's no way it's safe," Runnels said.

After several attempts to reach their landlord, they decided to leave.

12News tried calling the landlord, but we haven't heard back.

The Runnels spent a couple nights in a hotel, but Kassie's husband went without work for two weeks, so money quickly ran out.

For now, they're staying with family for as long as they can.

"And then after that, we're gonna be in some trouble, we need to find a somewhere to live permanently so that this isn't an issue," Runnels said.

The family wants out of their lease, but not being able to communicate with the landlord makes that tough.

They fear getting hit with a lawsuit and being asked to pay back rent.

Attorney Mark Sparks says the state of Texas recognizes something called a warranty of habitability.

MORE | Resources for navigating your rights as a renter

The Texas Division of Emergency Management has a hotlline set up for families who need help. Kassie says sit hasn't been easy getting through.

"They said that for people in Texas they're recommending to call 2-1-1. 2-1-1 isn't giving us information other than to call Red Cross and charities. It's kind of like a never ending loop, it goes back to the other," Runnels said.

She says the community has stepped up and helped with clothes and food, but not knowing where they're going to sleep is the biggest issue.

"How do you explain it to a three year old and five year old that you can't go in there, you're gonna get sick," Runnels said.

She says the challenge is finding a three bedroom home or apartment that's available.