This year, the coronavirus is raising unique concerns as people try to protect themselves from storms that may form 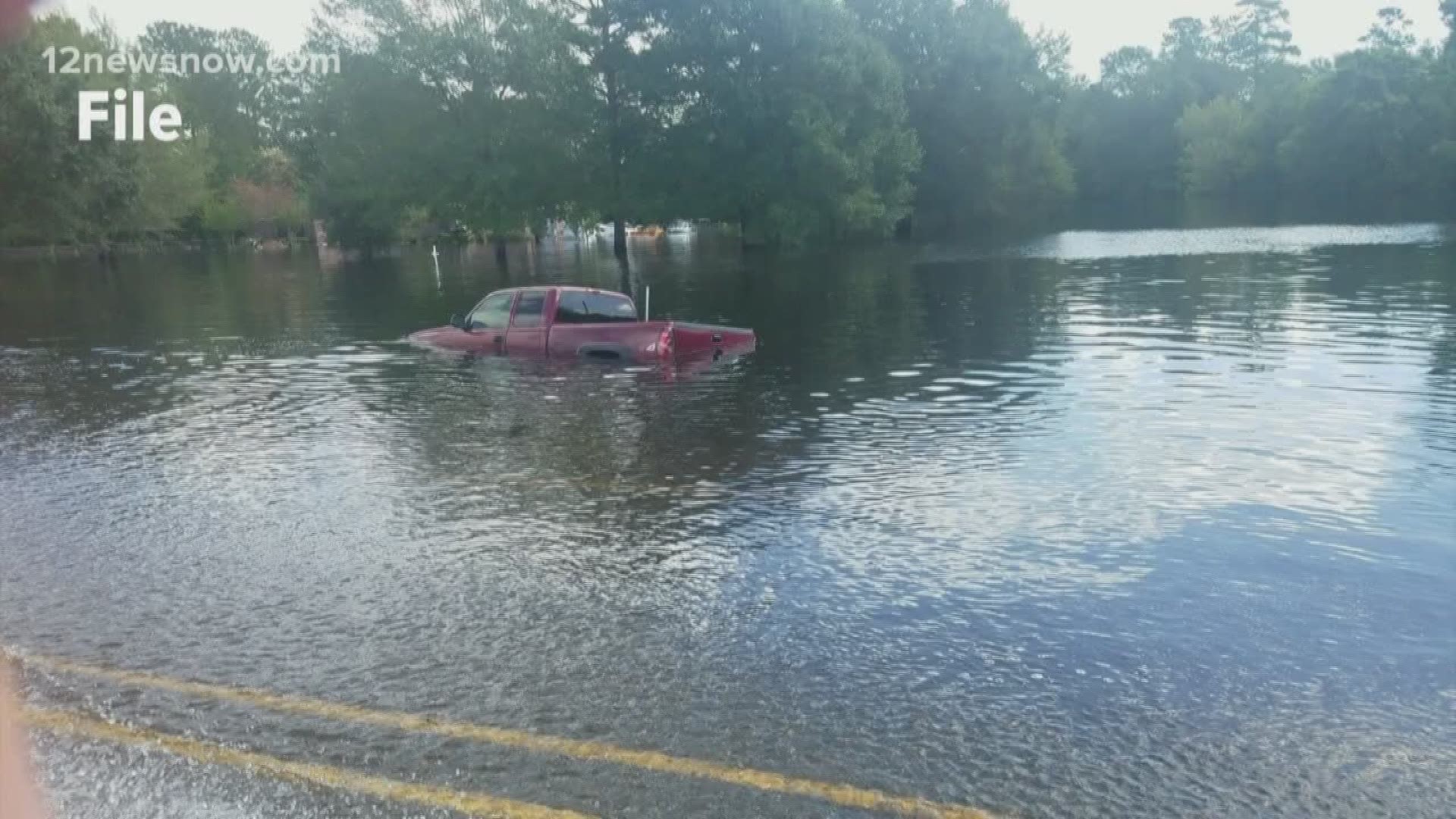 ORANGE COUNTY, Texas — If you live near the coast from June through November, you're holding your breath and praying for the best.

As we continue to track Cristobal in the Gulf of Mexico, some Southeast Texans aren't taking any chances.

Four times in the span of two years, Bill and Susan Cockrell have had to repair their home.

"Packing things away in totes and things like that because we flood quite often," Cockrell said.

That's why when the news surfaced about a potential tropical storm, they knew what they had to do.

"We've been shopping, we're trying to find some things that will block our doors and help keep some of the water out at least," Cockrell said.

They're aren't the only ones.

The City of Orange shared photos of the Orange County Drainage District clearing debris from a ditch in the Hillbrook Estates Neighborhood.

In Jefferson County, Drainage District 7 is gearing up as well.

There will be another factor to remember this hurricane season, the presence of COVID-19.

Beaumont Police officer Carol Riley says one of the challenges the virus poses is the affect on some volunteers.

"We have plans in place every year for hurricane season, but this just throws a kink in some of those," Riley said. "Dealing with shelters. If you think about it, a lot of your Red Cross volunteers, your volunteers in general are your older population. Retirees, older adults and they are the ones more at risk."

She encourages the younger generation to volunteer if the need arises.

For Bill Cockrell, he understands these preparations might seem odd to some, but he'll continue to plan ahead so no more items get damaged by a storm.

"Probably more than the average person because it floods so often, be we just have a little routine," Cockrell said.

Luckily, there are resources you can utilize including the State of Texas Emergency Assistance Registry and Southeast Texas Alerting Network.

Hoods on 1.9 million Nissans could fly open, so they're being recalled

VERIFY: Were protesters tear-gassed to clear the way for Trump's walk to church?