Saharan dust could arrive in Southeast Texas next week 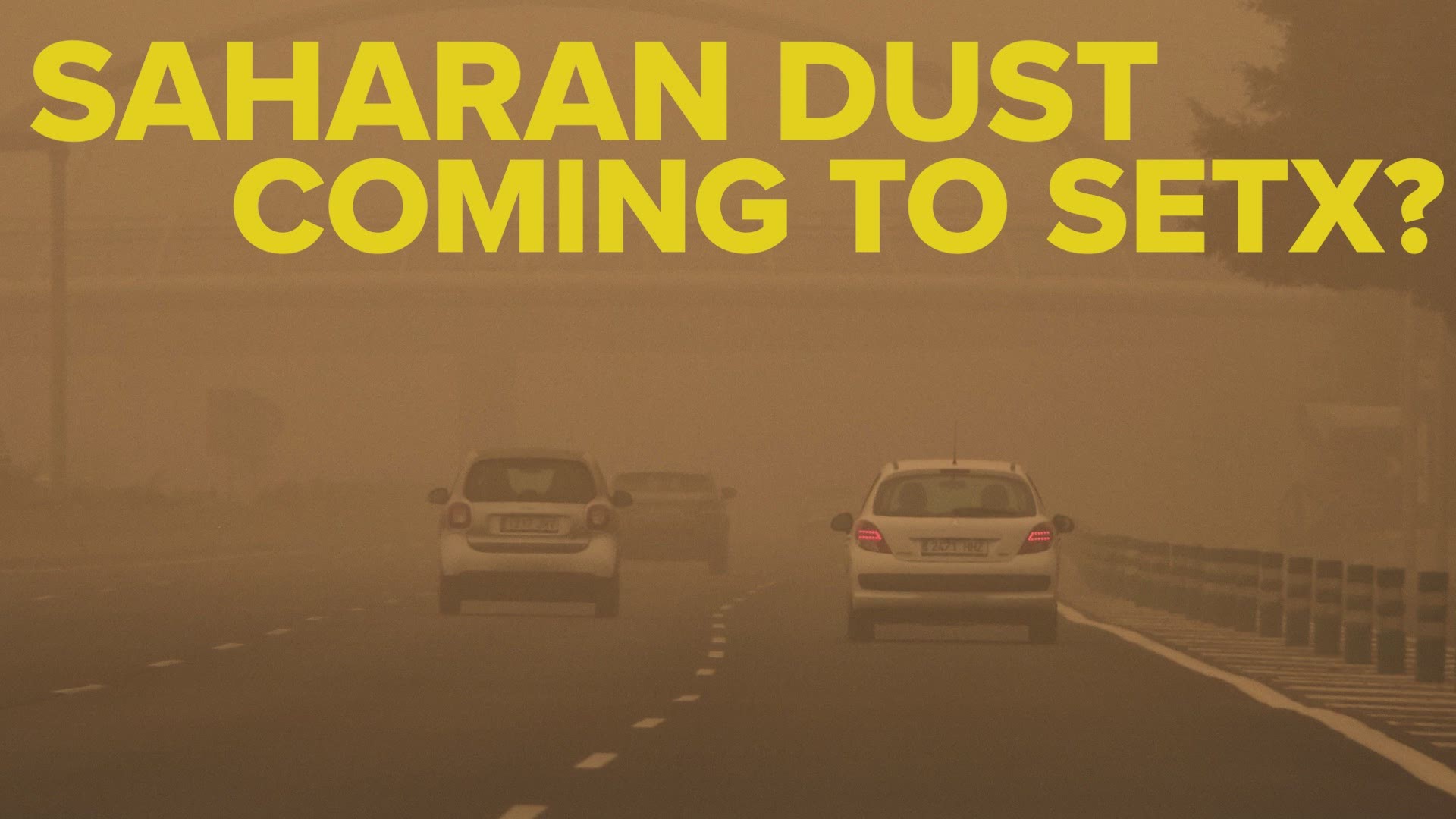 BEAUMONT, Texas — A strong jet stream is bringing a large cloud of dry dust from the Sahara Desert across the Atlantic Ocean. The dust cloud is expected to arrive in Southeast Texas next week.

Sinus sufferers know the dust is pretty common for early summer. Most people feel it before they see it. The dust can make for some hazy sunsets and you may see it on your vehicle, but if you're sensitive to the dust you could experience itchy eyes, nose and throat.

The dust isn't a bad thing, and in fact it typically signals quiet conditions in the tropics. This same jet stream that causes these dust outbreaks is responsible for the tropical waves we track throughout hurricane season.

By August and the peak of hurricane season the dust usually settles and the tropics turn more active as these tropical waves continue to move out of Africa and into the Atlantic. For now though the tropics remain quiet.

TUESDAY-THURSDAY: Currently the jet stream has picked up the dust and is carrying it off of the African coast and over the Atlantic. By Thursday, thick clouds of the dust will begin making its long journey to the U.S.

SUNDAY: It doesn't take long for the jet stream to do its job. By Sunday, the dust will stretch from African toward the Caribbean Sea and even norther parts of Venezuela and Central American.

JUNE 25: Next Thursday, nearly a week after it really begins pushing across the Atlantic, the Saharan dust is forecast to make its way into Southeast Texas. You can see in the image (above) the dark blues and greens. The green is the thicker dust.

The official beginning of the Atlantic hurricane season was June 1. This season is predicted to be more active than average, due to factors like a potential La Nina event by September and warmer-than-average sea surface temperatures.

NOAA's forecast issued on May 21 predicts 13-19 named storms of which 6-10 would be hurricanes and 3-6 would be major hurricanes (of Category 3 or higher on the Saffir-Simpson scale).

Tropical Storm Arthur and Tropical Storm Bertha which formed in May were the first two named storms of the year in the Atlantic. This is the sixth year in a row with a named storm forming earlier than the official start of hurricane season.

Tropical Storm Cristobal formed on June 2, which makes it earliest third named storm on record in the Atlantic Basin. The previous record was Tropical Storm Colin on June 5, 2016.