“It started with Hurricane Ike, and it's been going downhill ever since,” Jeffrey Cartwright, Orange community member, said. 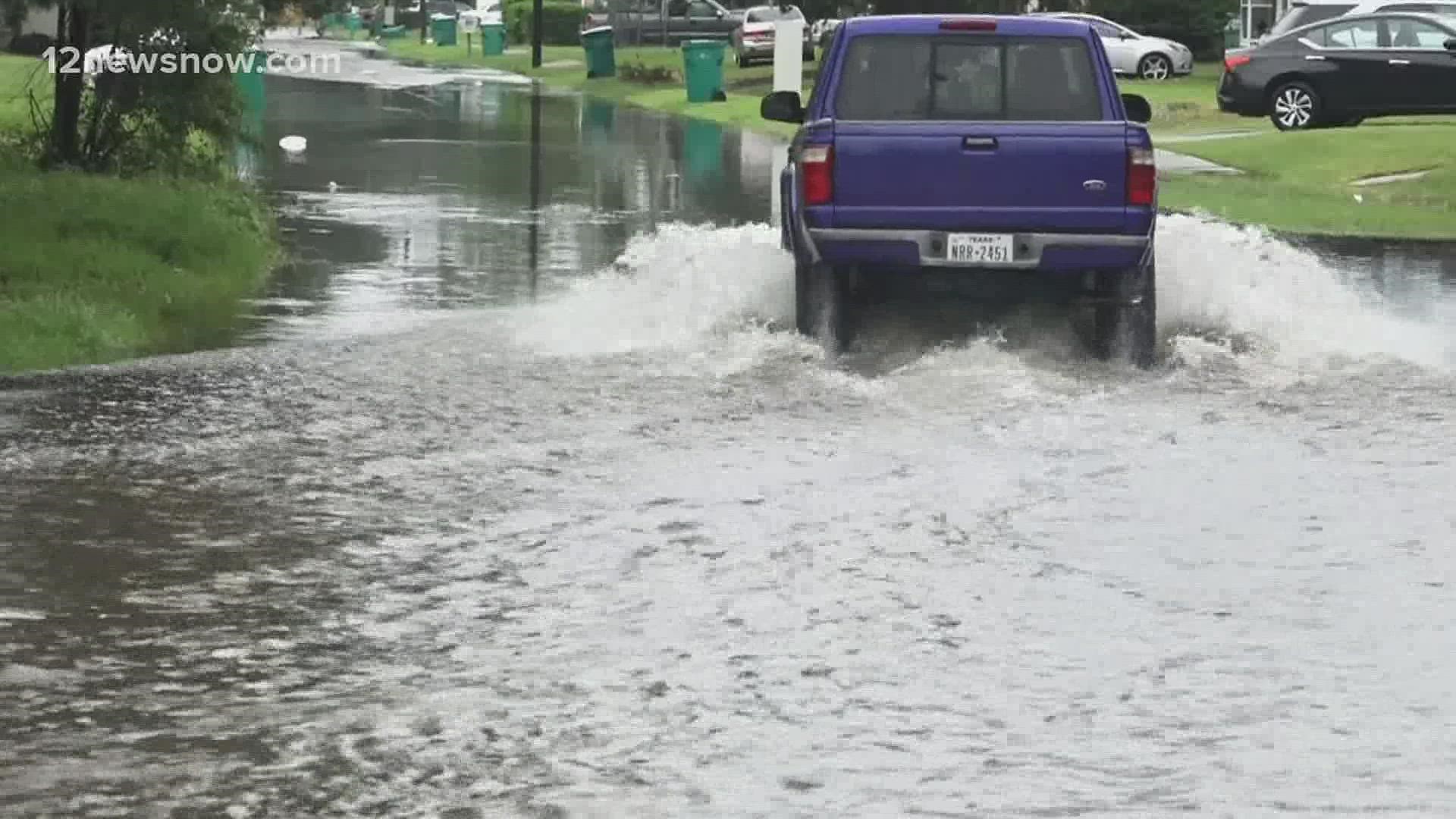 The drainage system upgrade worked well for areas near Bridge City, Judge John Gothia said. Gothia said he did not see as much standing water in the area as he did during previous storms.

“We're certain we're really happy with what we saw,” Gothia said. “What we've seen so far is that a lot of areas would have had a lot of standing water, and right now, we're not having standing water.”

When the drainage ditches flow properly, they will prevent water from going into homes.

However, some neighborhoods like Norwood Drive are still waiting for their upgrades. It only took only 15 minutes of heavy rain for Norwood to have almost a foot of water.

Elora Williams, who has lived on Norwood Drive for more than 30 years, said the water backed up her sewage system and now, she cannot wash laundry, take a shower or even flush her toilet.

Members of the Orange community who did experience storm-related flooding said it brought up concerns about drainage problem they have been dealing with since 2008, when Hurricane Ike swamped Southeast Texas.

Orange residents said they get nervous every time a storm is set to hit their area because of on-going drainage issues.

“It started with Hurricane Ike, and it's been going downhill ever since,” Jeffrey Cartwright, Orange community member, said. “I know that Orange is not where it needs to be or where it should be, but we can do better.”

While there is still a long way to go regarding drainage improvements, areas like Norwood Drive and areas near bayous that are prone to flooding are next on the list for improvements, city officials said.

“They're out there every day, you know, re-digging ditches,” Orange Mayor Larry Spears Jr., said. “We're also concrete lining several ditches here in Orange that have given us problems through the years. We have a long way to go as far as addressing the entire community of Orange.”

Construction will continue on a new ditch near International Apartments.