Daniella Blanco was in Houston with her father when she was alerted by her phone of movement inside her store. 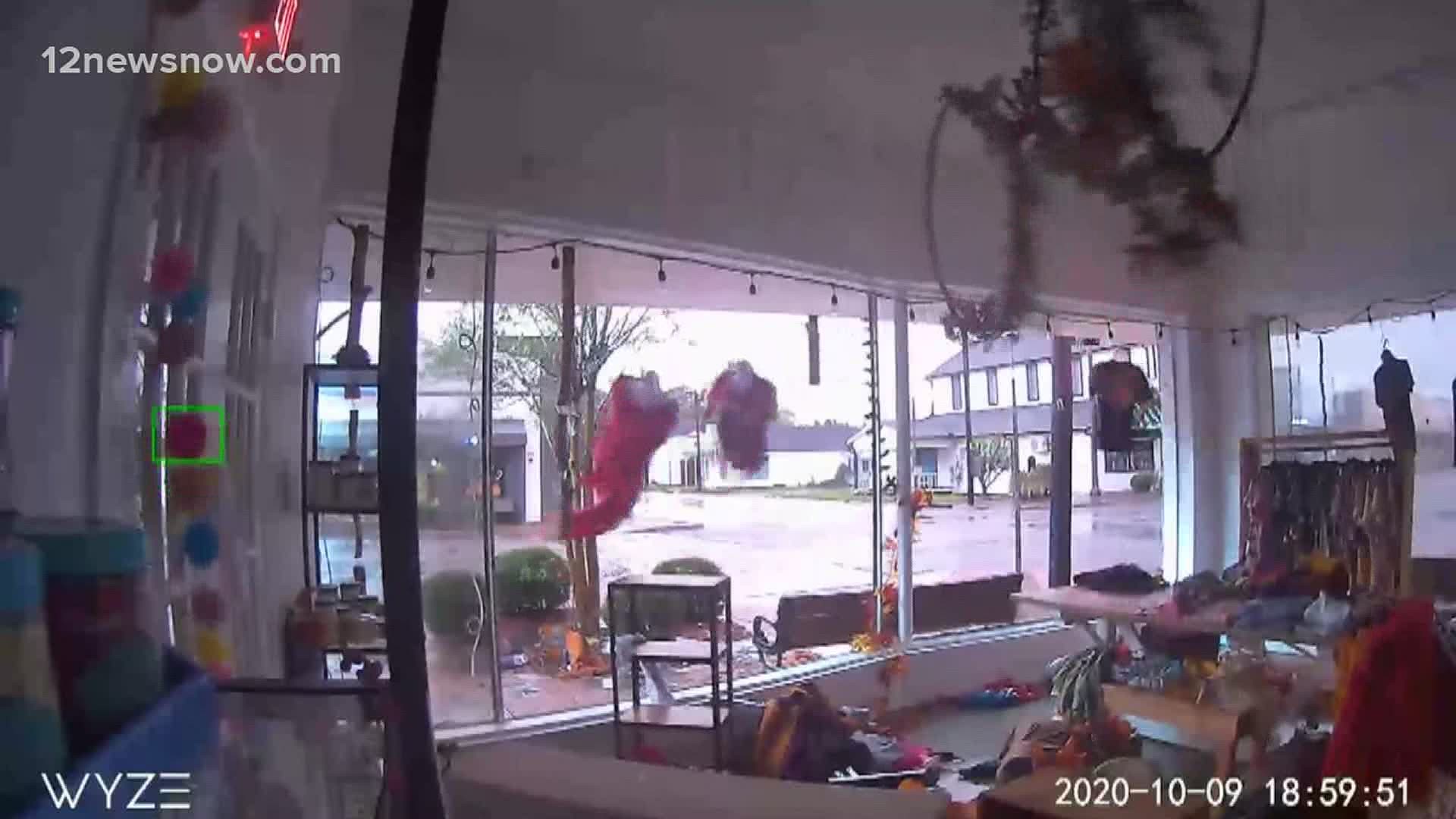 NEDERLAND, Texas — A building on Boston Avenue in Nederland that has been around since the 1950's took a hard hit from Hurricane Delta.

It was Daniella Blanco's dream to own a store on Boston Avenue. That dream became a reality when the former owners of Holland House sold their property to her.

"It's a historic street, and there is so much foot traffic. And it's been a dream to be on Boston," said Daniella Blanco, co-owner of Blanc on Boston.

In May, she was able to begin preparing for her business. She finally opened the doors to Blanc on Boston in July.

The store survived Hurricane Laura only to fall victim to Hurricane Delta.

"I felt completely nauseated and just the pit in my stomach. It was just devastation when I first watched it," said Blanco.

She was in Houston with her father when her phone alerted her of movement inside the boutique.

"I just see all the tables falling, the mannequins flying away," explained Blanco.

The boutique had many clothing items and accessories, most of which were ruined when several windows shattered. Blanco believes a rock shattered one of the windows and once the winds started blowing items inside the store, other windows began shattering.

The clothes were soaked and filled with glass. The business suffered about $25,000 in damages.

"I'm trying not to think about the number because all I can do is move forward," said Blanco.

Blanco, her family and friends spent Sunday picking up and cleaning.

She said the community and business owners on Boston Ave have been her light during this dark time.

"Boston Avenue is just the best street ever. All the business owners have been amazing," said Blanco.

Blanco said the community has rallied around her and helping her get back on her feet. She said she's grateful for all the love and support she has received.

"We're going to be okay. We're strong, and we have out community with us," said Blanco.

Blanco is encouraging everyone to come out and support local businesses.

She said she will be open and will make sure to have plenty of merchandise for the big event.