Some residents said they will ride out the storm. Others are preparing for the worst. 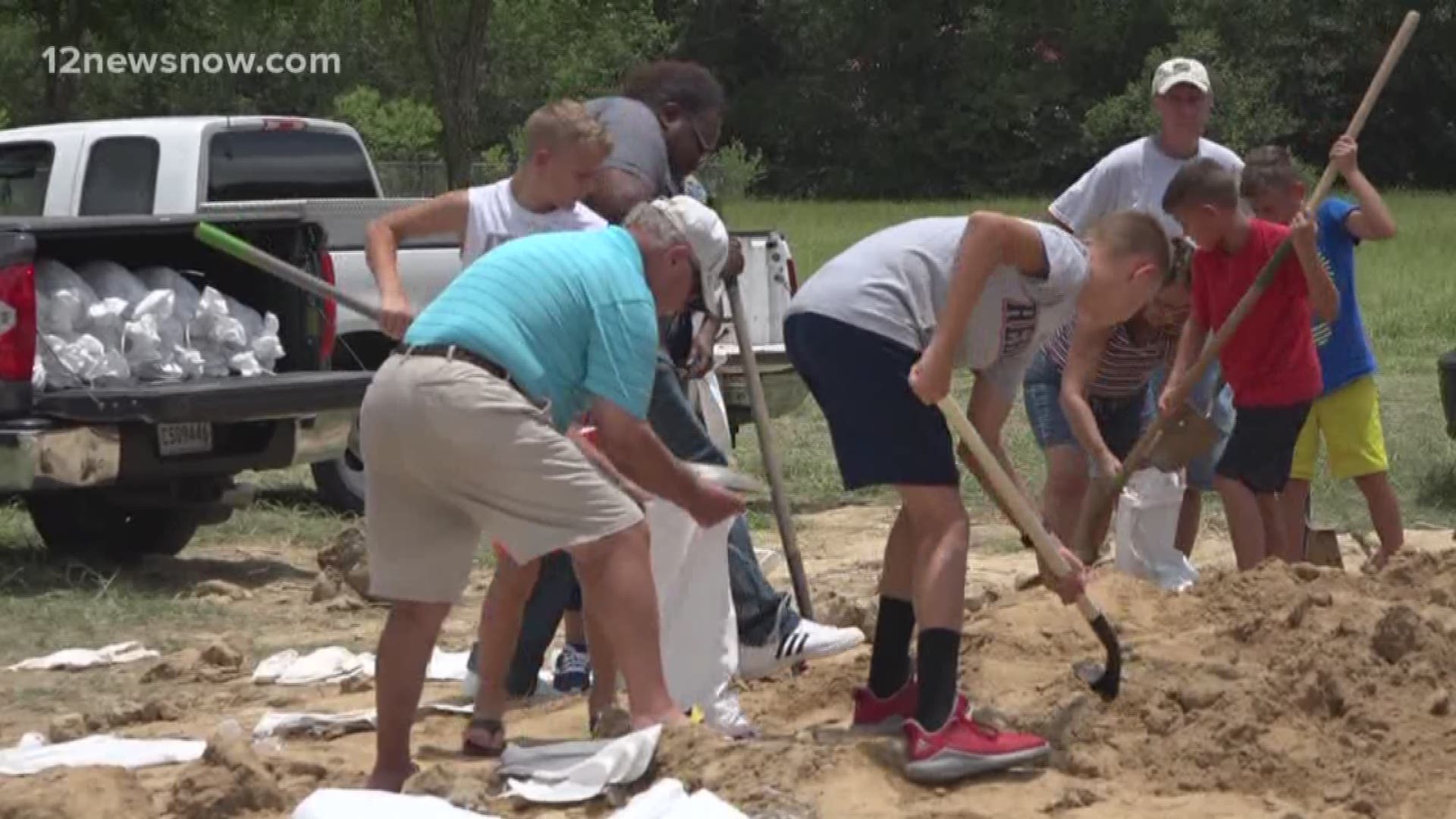 LAFAYETTE, La. — It's a race against time for residents in South Louisiana as Tropical Storm Barry churns in the Gulf. Lafayette residents are bracing for the storm's arrival this weekend.

Water, bread and batteries are flying off store shelves and residents are flocking to distribution sites to get sandbags filled before the rain moves in.

The storm is expected to make landfall Saturday. While winds are a concern, the real threat with Barry is expected to be torrential rainfall. The National Hurricane Center says some areas could see 15 - 20 inches of rain.

Dozens of families worked in the scorching heat Thursday to fill sandbags for their homes and businesses. Many of them are still recovering from a devastating and historic flood in 2016.

Another Lafayette resident and gas station employee said she'll be staying in the city and isn't too worried about the effects the storm might bring.

She said she's been able to ride out many storms like this one in the past, and bad weather typically dissipates by the time it reaches her home.

Kerrington Johnson, a Beaumont insurance adjuster, is headed toward the storm.

"Getting ready for deployment for what may happen in New Orleans," Johnson said.

He has plenty of experience when it comes to storms.

"It's all about helping folks. You've got to be willing to give a helping hand," Johnson said.

"It is necessary that critical pre-positioning and other readiness requirements be provided through federal assistance," Gov. Edwards said in his letter to Pres. Trump.

Gov. Edwards noted that the Mississippi River has remained above flood stage for the longest period in the state's history.