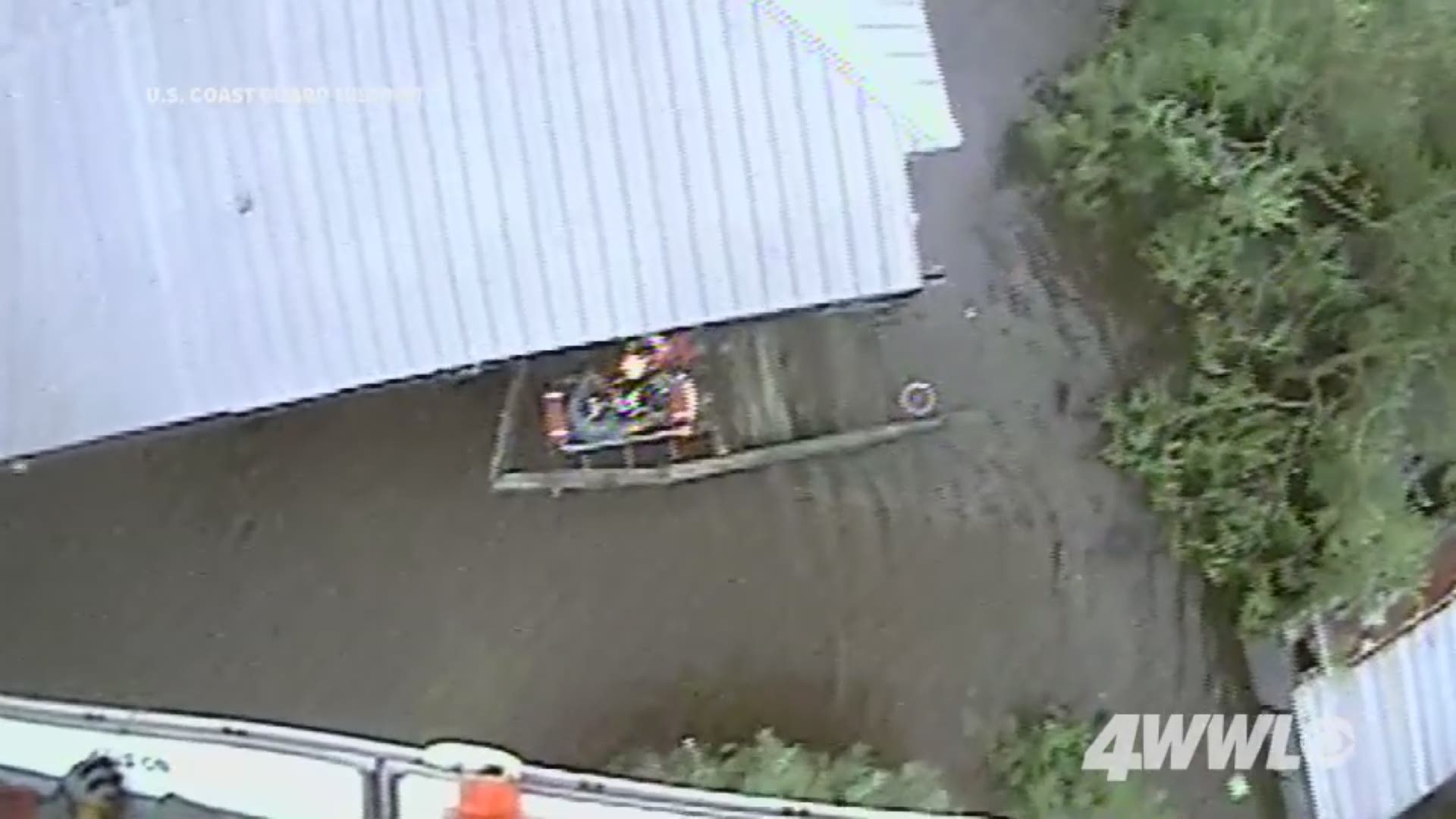 HOUMA, La. — When Andrew Billiot and Nolan Bergeron returned to their home in Montegut this morning, they were pleasantly surprised.

A high water mark on a wooden portion of the exterior suggested they would find water inside their home for what would’ve been the fifth time.

“I saw that and figured the house was full of water,” said Bergeron, sitting on the porch.

Instead, they were dry. Their house was an elevated island over the slowly receding waters that came after higher-than-expected storm surge that overtopped the nearby levee at Humble Canal.

Looking around at the water from his spot on the porch, Billiot said he was surprised the levee was overtopped since Hurricane Barry was labeled as a tropical storm for much of its existence.

“This is just a baby,” he said. “We didn’t even get to the big hurricane yet.”

The surge easily overtopped the Montegut levee and another in Dularge, though neither were breached.

Both are older and hadn’t been refurbished to the Morganza-to-the-Gulf levee system’s standards, said Dove. Those levees sat at about 8 feet high, unlike the rest of the system’s levees that stand at 12 feet.

None of the other Morganza levees built to the criteria “were in jeopardy,” he said.

He said both are under construction, and the parish had expected to see some flooding in those areas but not to the extent associated with a 9-foot surge.

“By next hurricane season, all your levees between Pointe-aux-Chenes and the Falgout Canal should be within the criteria of the Morganza,” said Dove.

In Montegut, the parish stopped the water before it reached a more populated area by building up another small levee.

The water halted just before it reached the home of Tommy and Dawn Smith and their goats.

Dawn Smith said normally she prepared for storms, but neither of them were expecting Barry to bring much.

But when they woke up at 5 a.m. Saturday and saw the water toppling over the levee, they started picking stuff up from the ground level and carrying it to the elevated portion of their house.

“I really didn’t think they were going to stop it,” said Dawn Smith, standing in her front yard looking at the dirt that had been piled up to keep the water at bay.

Tommy Smith said he hopes the parish finishes widening and lifting the old Humble Canal levee so they can remove the more makeshift levee next to their house. Should water ever enter the system from their side of that levee, it would cause them to flood more.

The pair has been rebuilding after floods for the past 20 years, and it has worn on them.

And it’s getting harder to redo everything that washes away.

In Pointe-aux-Chenes, the water didn’t have to overtop a levee to find a way in. Instead, it found the largest remaining gap in the Morganza system between reaches K and L. That is between Cut Off and Pointe-aux-Chenes.

While the Terrebonne side of Pointe-aux-Chenes is sealed, a two-mile stretch as well as the length of the Grand Bayou Canal are open.

The sight of the water creeping up scared Mardrey Champagne early this morning. The water that had inundated areas of Pointe-aux-Chenes farther down the bayou had worked its way up a few miles to her street.

The houses at the end of the street had all been elevated more than 10 feet, high above the pond that had formed.

The water was resting just short of Champagne’s house. Though a recommended evacuation had been issued by Lafourche and their grandchildren were urging them to leave, she and her husband weren’t at that point.

“All I hope is that the water stays down,” she said. “I hope to God that it doesn’t come up higher than that.”

The state government has announced that it approved the $18.5 million required to complete the Grand Bayou Floodgate in April, and construction is expected to be complete by the 2021 hurricane season. That would close the system and likely prevent the flooding that occurred due to Barry.

“We’re not finished, but we’re getting awfully close,” said Dove.

Dove said compare that to storms like Hurricane Rita in 2005 that sent a 7-foot storm surge and flooded an estimated 10,500 homes and you see the Morganza system at work.

“Without Morganza, the parish would’ve been devastated,” he said. “The water damage would’ve been astronomical with just this event.”

“Ten homes are still too many,” he added. “Our goal is to have no homes flood.”