Louisiana and metro New Orleans are at risk of "significant flooding" as Barry inches slowly to the coast. 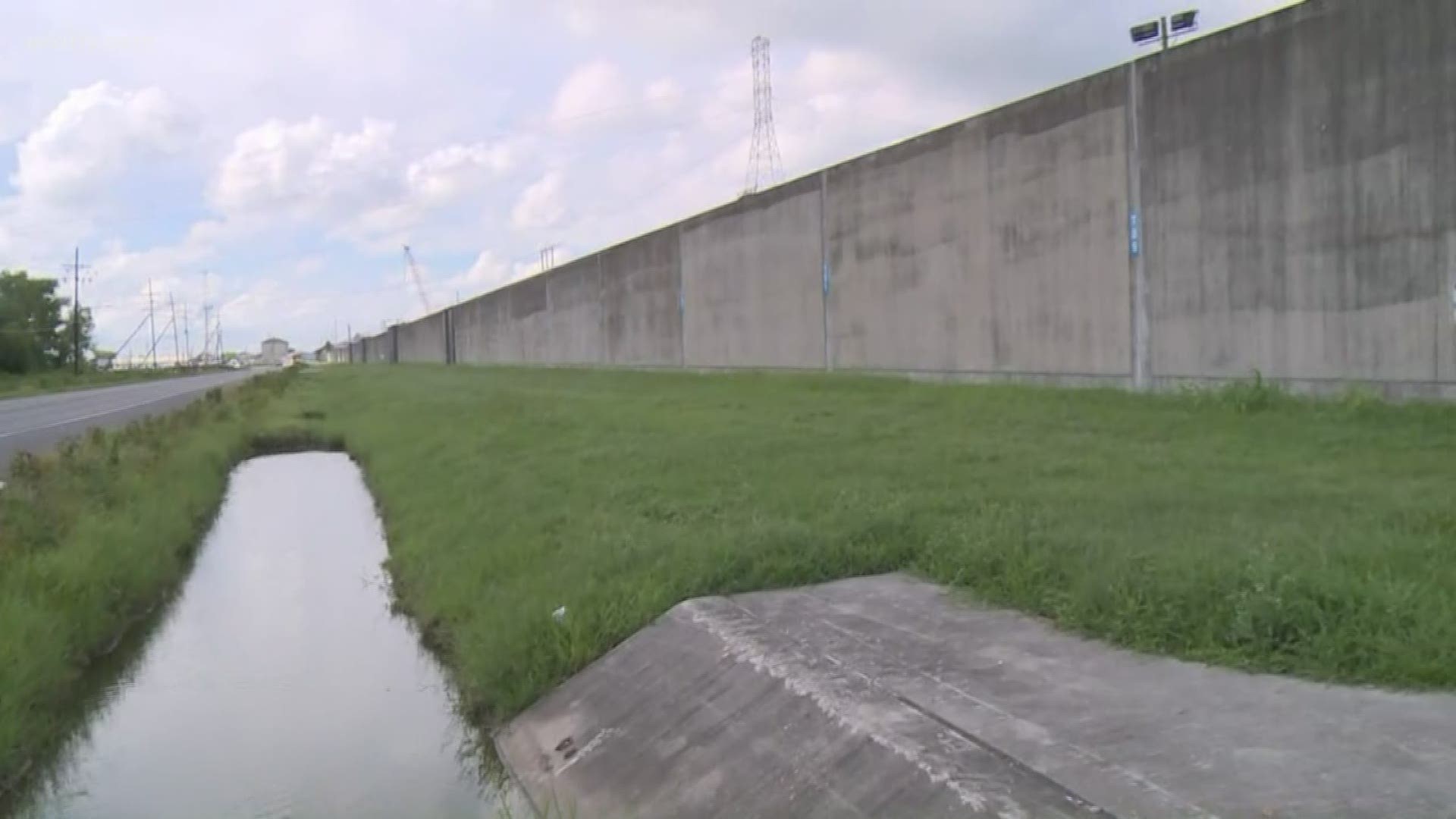 The Sewerage and Water Board of New Orleans explains that the system was designed around the turn of the 20th Century and much of the original equipment is still in use.

It's made up of more than 68,000 catch basins, 1,400 miles of drainage pipes, hundreds of miles of open and underground canals and 120 pumps housed in 24 pump stations, stationed throughout.

Storm water runoff enters the streets where it enters the network through the catch basins. Storm water then travels through the system of pipes and canals to reach the pump stations, which then send it to either canals or directly into nearby waterways, including Lake Pontchartrain.

Not all 120 pumps operate at the same time, because doing so could possibly overflow downstream canals and cause neighborhood flooding. But, if a pump goes offline, the idle pumps kick in and take over.

Louisiana and metro New Orleans are at risk of "significant flooding" as Barry inches slowly to the coast. A surprise storm Wednesday - not associated with the tropical system - put the system to the test, as it dropped 8 inches of rain over the course of a few hours, causing significant flooding across the city, including in places not usually flood-prone.

RELATED: No drainage system in the nation could handle this morning's rain

With 10-15 inches of rain expected in the New Orleans metro area through Saturday, residents are being encouraged to make sure they have food and supplies for 72 hours in case flooding makes getting around a problem.

Sandbags are being provided in many parishes and there are a small number of mandatory evacuations, like Lafitte, Crown Point, Barataria and Grand Isle.

Hurricane preparation tips for insurance: Before, during and after the storm