'He's my only child and now he's gone': Mom of baby swept away by floodwaters thought road was safe

UNION COUNTY, N.C. -- The mother of 1-year-old Kaiden Lee Welch is living in her own nightmare.

Deja Lee's only child was carried away by rushing floodwaters after Tropical Depression Florence battered the Carolinas with record-breaking rainfall.

The Union County Sheriff's Office said Lee was driving along NC 218 in Union County when she came upon a barricaded road and eventually got trapped in rushing floodwaters.

"She was a stranger to the area, driving to just be with her family," the Sheriff said. "Her car got caught in the water and was forced onto an open field."

►RELATED: What we know about the victims of Florence

Lee was immediately rushed to the hospital after getting caught up in the floodwaters. That's when rescuers began their desperate attempt to save the young boy.

The mother returned to the scene to search for Kaiden the moment she was released.

According to the Sheriff, the baby was found Monday morning near the mom's car.

"The child was found wedged between the front bumper and another tree," the Sheriff said.

►ANOTHER FLORENCE TRAGEDY: He was in his mother's arms when the tree crashed into the living room

Lee told NBC Charlotte she would never intentionally put her baby in harm's way. Lee said she is actually from Charlotte and said there was no barricade telling her about the dangerous situation ahead.

Lee said she was bringing the baby to visit his great-grandmother.

NBC Charlotte has not been able to confirm that the barricades were not in place when Lee drove through. Police had initially reported that the mother moved the barricades before entering the dangerous road.

Lee said last night is a night she never wants to talk about it again.

SAD UPDATE: Body recovered of 1-year-old who was swept away in rushing floodwaters https://t.co/HuC6psJIKu pic.twitter.com/oN3o3HXylc

"All I know is I've been traumatized, I've been through so much. There's no more that I can take," Lee said.

The Union County Sheriff's Office said Lee Welch managed to free herself and Kaiden, but the fast-moving water was just too much for the mother and she lost her grip.

A curfew was put in place for the Union County area starting at 7 p.m. the night of the incident. The sheriff's office said there are no charges right now, but an investigation is pending. 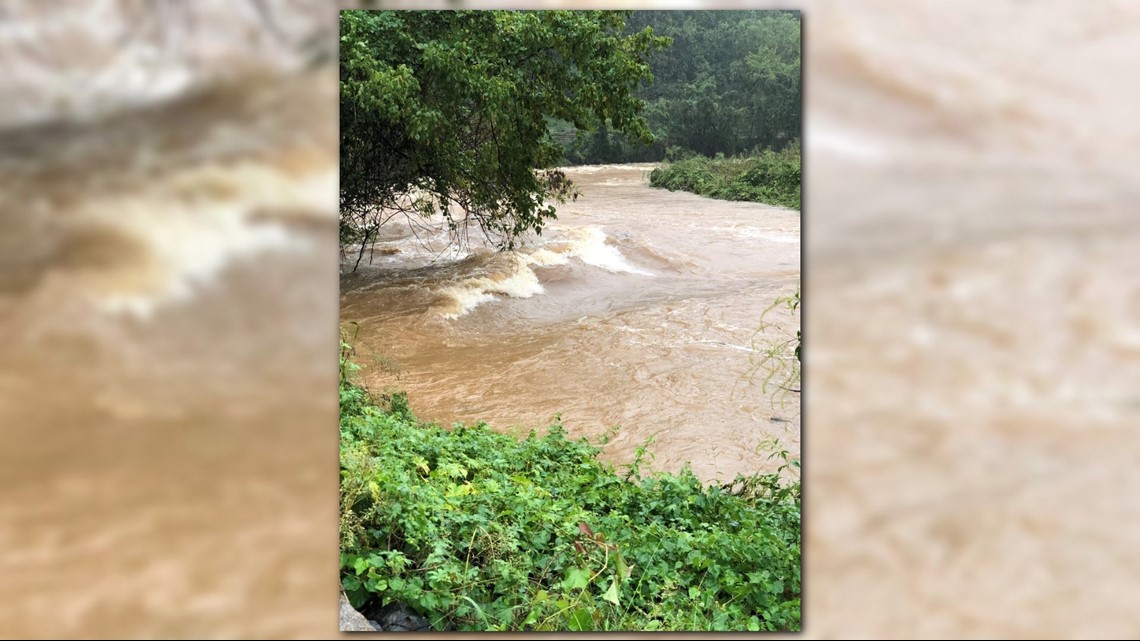