According to the Better Business Bureau, contractor complaints have increased by 90% this past year. 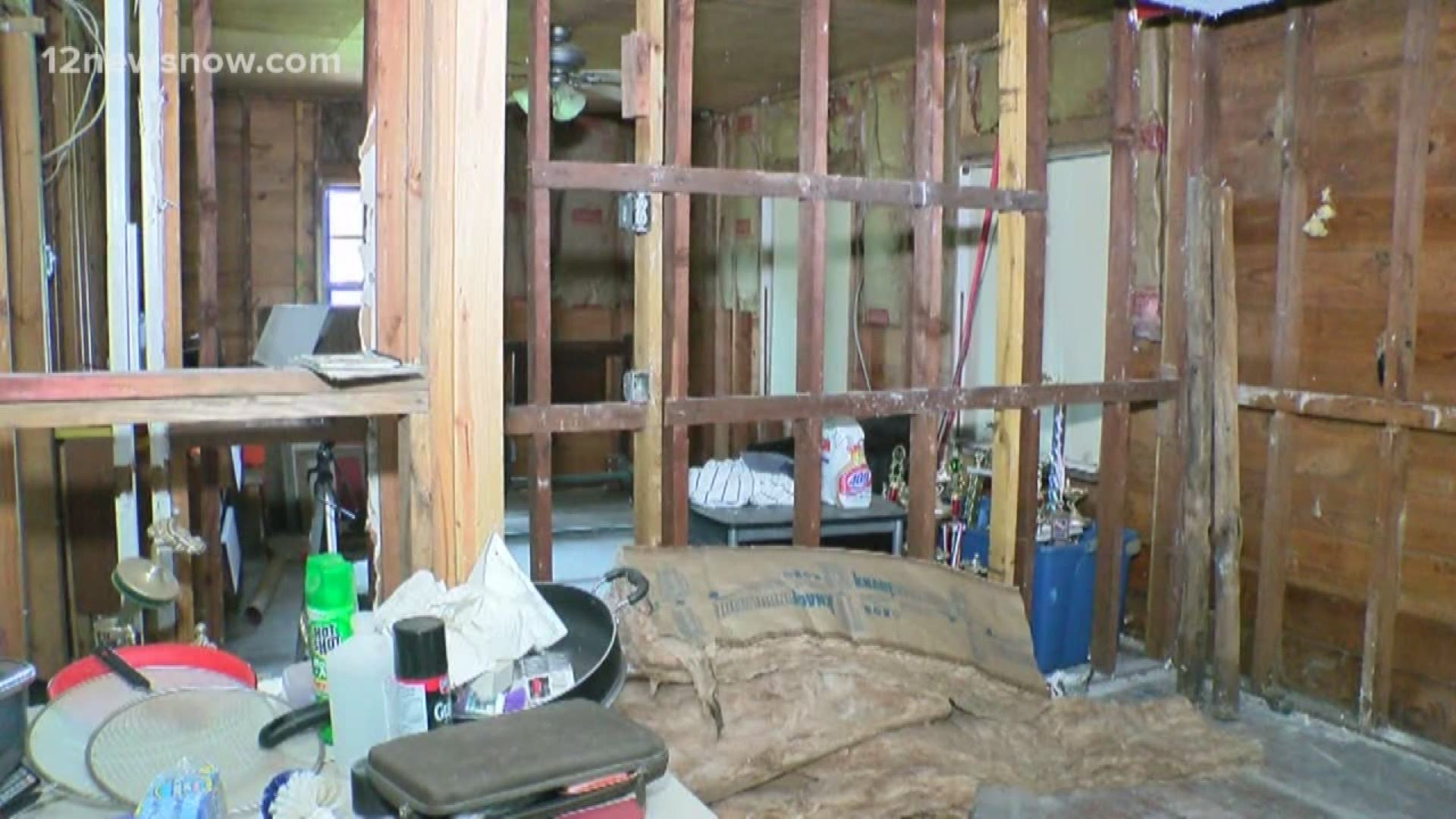 SOUTHEAST TEXAS — Tropical storm Harvey brought out the best and worst in Southeast Texans. As the waters receded, contractors came flooding in. Some saw an opportunity to help, others saw dollar signs.

According to the Better Business Bureau, contractor complaints have increased by 90% this past year.

When the storm hit Vidor, Randy Allen had no choice but to evacuate. When returned two weeks later, his home was destroyed.

He said he started working with FEMA and the Texas Land Comission. They told him what he needed to do for him to get his house up to code, and so began Allen's long search for a trustworthy contractor.

Allen was living at a relatives house on Crystal Beach, making it hard to keep an eye on workers.

"Every contractor I hired they just, wanted to do half the work and get paid," said Allen.

He decided on a company in Nederland to install his windows after getting a referral. He said the guy gave him a bid for $6,100, he agreed, and told him to get started.

The contractor called about a month later, letting him know the work was finished and he'd be coming by Crystal Beach to collect his money. Allen was skeptical.

“I came down to check and I said wait, before you get paid you need to do this this and this...one of the windows just fell out in my arms," said Allen.

The contractor came back out and made a few more repairs, then told Allen he ran out of materials.

"He said I'll be back to finish this out, so I went ahead and wrote him a check and I never saw him again," said Allen.

Allen has since hired a new contractor to complete the work, something Brittany Barrique of Vidor can relate to.

“Everything that we had put high to try to save actually ended up floating,” said Barrique.

When Barrique realized she and her family wouldn't be returning home for a while, she started doing what any mother would do.

“My first thought was to try and get everything cleaned up as much as possible and then of course to try and find a contractor that we could use,” said Barrique.

On her way to work, a sign advertising a contracting team out of Baton Rouge caught her eye. Barrique said as she spoke to the contractor on the phone, she thought she found the answer to her problems.

“We discussed what we were going to do, he asked for funds to get started, and then the next day they were actually here and began doing the sheetrock," said Barrique.

She said as time went on, the man would ask for more and more funds, and complete less and less work.

“He wanted more funds, we’d give him more funds and then we’d come to a point where no more work was being completed,” said Barrique.

The contractor told them he needed the rest of the money to finish the job. They paid him the agreed upon amount, but Barrique said the work was never completed.

She said he told them he'd be selling their cabinets to cover the additional amount he came up with, and Barrique thought that would be the end of it.

The next time they heard from him, it was through his attorney. They received a letter, stating he had placed a lien on their home for the additional amount he requested.

Like many others, Barrique said she then turned to Facebook, seeking recommendations for legal help and warning others. That's how she learned she wasn't this contractors first victim.

Barrique's lawyer has assured them they've done nothing wrong, but now they live in constant fear for what he'll do next. She said it's to the point that it's affected her young daughter.

"She can feel the stress that he, the contractor, has put us through," said Barrique.

Owner of Speedway Construction Jason Foux has been contracting professionally since Rita. He said he also lost his home during Harvey.

"It's tough to see what folks are going through and knowing they got taken advantage of," said Foux.

He said he's had to go back and clean up after a few contractors this past year. Foux explained it tends to be the elderly that get targeted. He and his time do whatever it takes to get them back in their homes with what they have left.

“We try to go fix with what they’ve got left you know and some of that you really won’t make any money on it all you’re just trying to help them get back to where they belong," said Foux.

When looking for a contractor, Foux suggests doing your research, asking questions, getting references, and trying to find someone local. He said if a contractor tells you they can start right away, that's a red flag.

“There’s a reason they’re not working right now and it’s probably not a good one, said Foux.

He said even a year later, they've got their hands full making repairs. In fact, Foux said he hasn't even had time to really work on his own home. He understand many are still hurting, and wants to help as much as possible.

“On the outside, it looks okay but on the inside a lot of us are still struggling and trying to put it back together," said Foux.

Foux doesn't understand how contractors live with themselves after taking advantage of Harvey victims.

“Evil is pretty strong I really don’t know, I don’t know how they can sleep at night," said Foux.