Gov. Greg Abbott said while the most significant damage in Texas from Hurricane Laura was in Orange, "it could have been a lot worse." 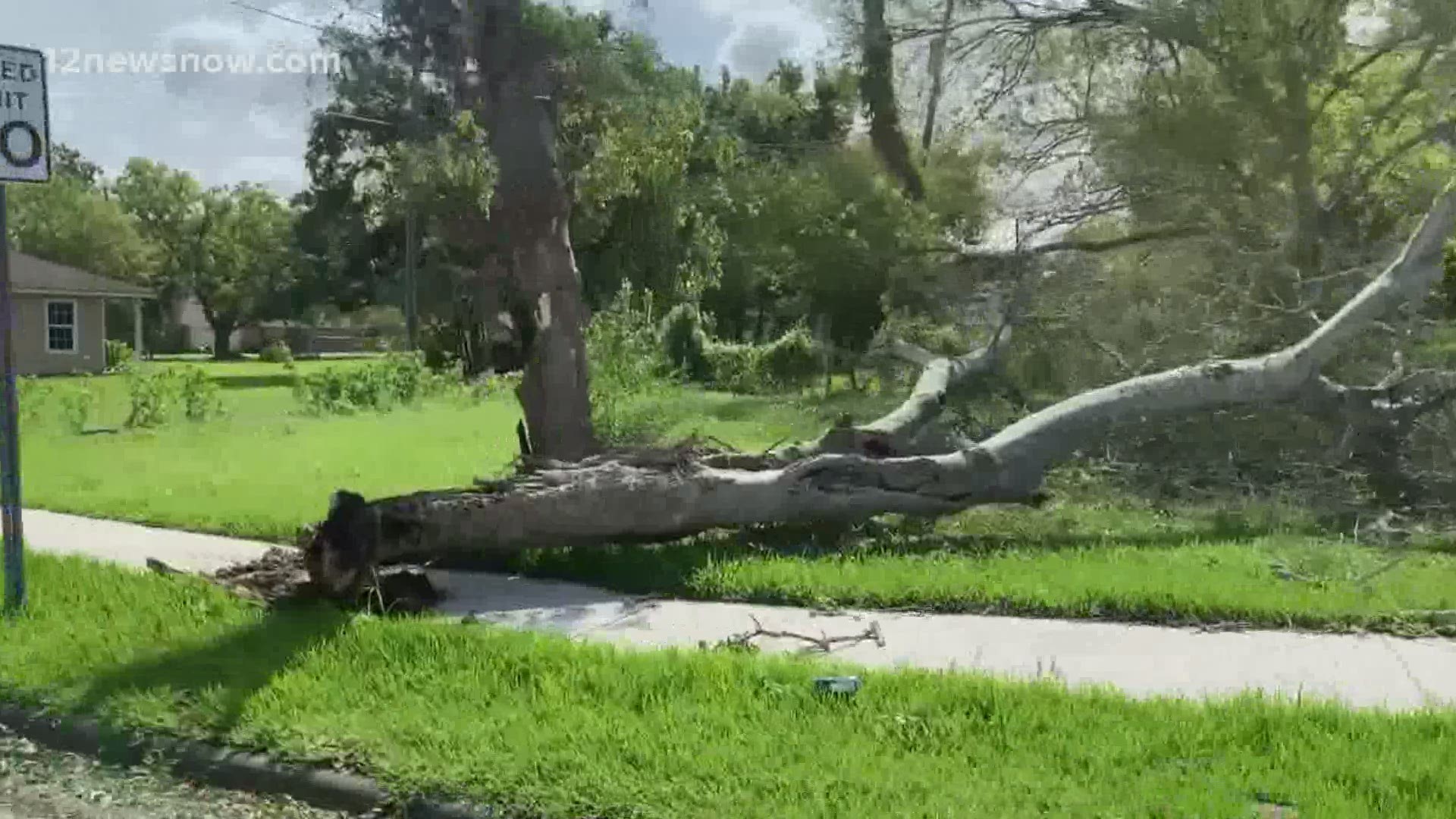 Updated throughout with details from Gov. Abbott's press conference.

The storm made landfall about 30 miles east of the Texas-Louisiana border and the Louisiana side bore the brunt of it. Louisiana officials have reported at least four deaths, including a 14-year-old girl.

No deaths have been reported yet in Texas. At his briefing, Abbott said he had received one unconfirmed report of a death in Sabine County.

While Hurricane Laura made landfall overnight as a Category 4 storm, Abbott said the storm surge in Texas was about 3 feet, much lower than anticipated.

Laura is considered one of the strongest storms on record to ever hit the U.S., with winds reaching 150 mph, only 7 mph shy of a Category 5 storm. 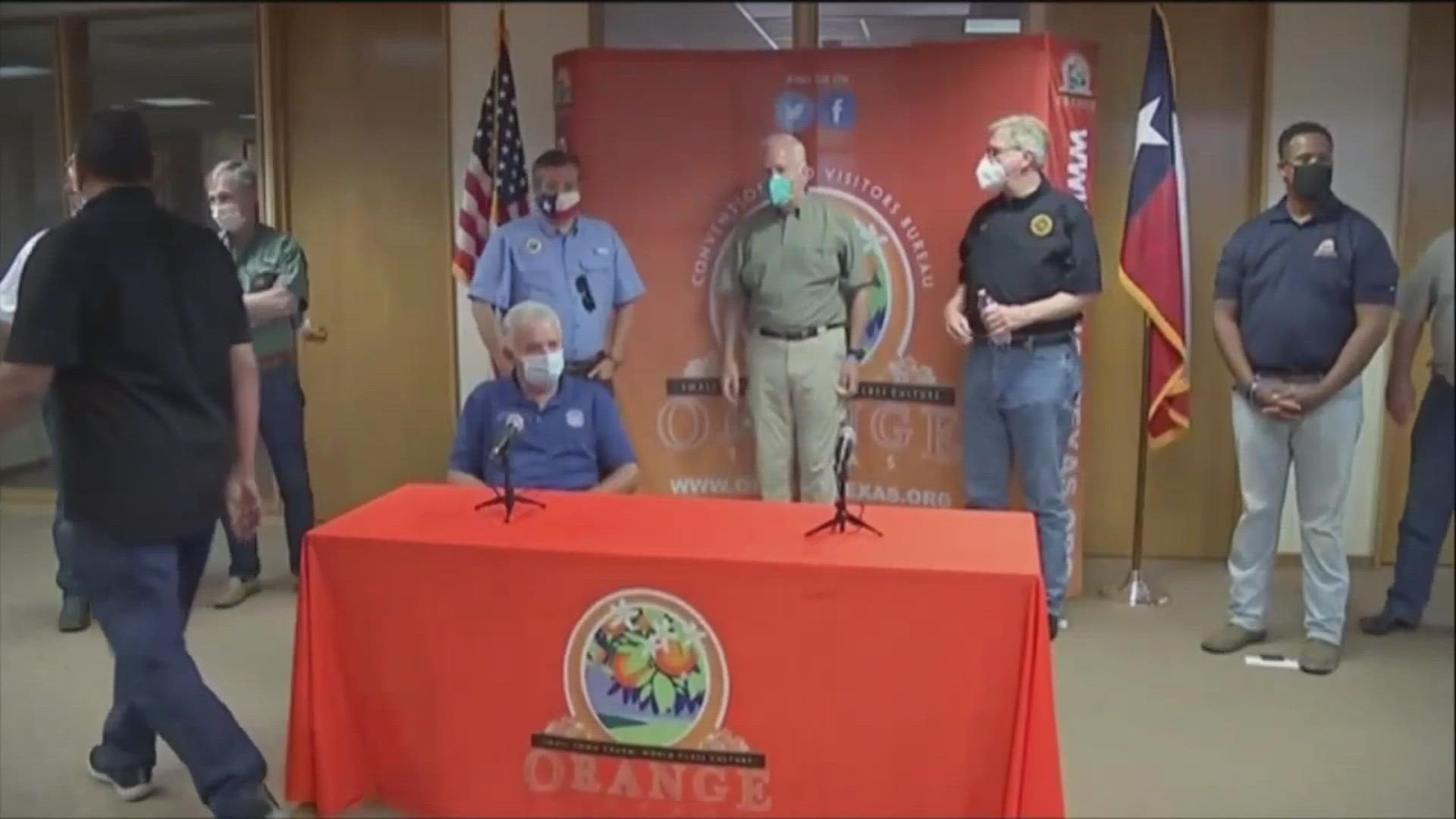 Roofs were ripped off buildings and trees uprooted across Orange and other parts of southeast Texas.

By midday Thursday, there were more than 160,000 power outages in the region of Texas of impacted by the storm, Abbott said, and some roads are still impassable.

"It could have been much worse," the governor said.

"We had, I know, well over 5,000, maybe as many as 10,000 people who evacuated, and especially for those in the Port Arthur and Orange and Beaumont areas. It could have been a lifesaver," he said.

Sen. John Cornyn said that preparation and experience helped different levels of government officials coordinate ahead of the storm. That sentiment was echoed by others at the briefing.

"This was not our first rodeo," said Sen. Ted Cruz.

Abbott said crews were scouring the impacted areas to provide search and rescue aid as needed. They will continue those efforts until every person is accounted for, according to Abbott.

"Obviously, the biggest concern is the people who do need to be rescued," Gov. Abbott told GMA Thursday morning. "And so we want to keenly focus on trying to assist those."

Abbott encouraged those who had evacuated to wait for local leaders to say it was safe to return to the area.

He appeared on Good Morning America to warn of the threat Laura still posed to those living farther inland, including parts of northeastern Texas.

Ten hours after it had made landfall, Laura was still considered a hurricane, though the storm was downgraded around noon Thursday.

The storm lasted eight hours on land and traveled 180 miles inland before it was downgraded to a Category 1, where it remained until 12 p.m.

Laura is now considered a tropical storm while it travels north toward northeastern Texas and northern Louisiana. It should reach southern Arkansas by Thursday afternoon, where it is expected to remain at tropical storm strength.

Severe weather threats as it moves north through Louisiana into Arkansas include tornadoes, damaging winds and flooding rain.

The governor told GMA that state leaders had been making assessments overnight. As many as 100,000 people may have been without power as of Thursday morning, he said.

The governor added Laura was "unprecedented" because of how far north it traveled as a strong storm.

"Obviously, you could see the storm and it continues to sweep through Texas in an unprecedented fashion because it's not just where the surge came in, but is up, going up north and Jasper and Center, Texas, all the way up to Marshall, Texas." Gov. Abbott said. "So in northeast Texas, a hurricane is going through. Therefore, as far as I know, the first time ever. So this truly is unprecedented."