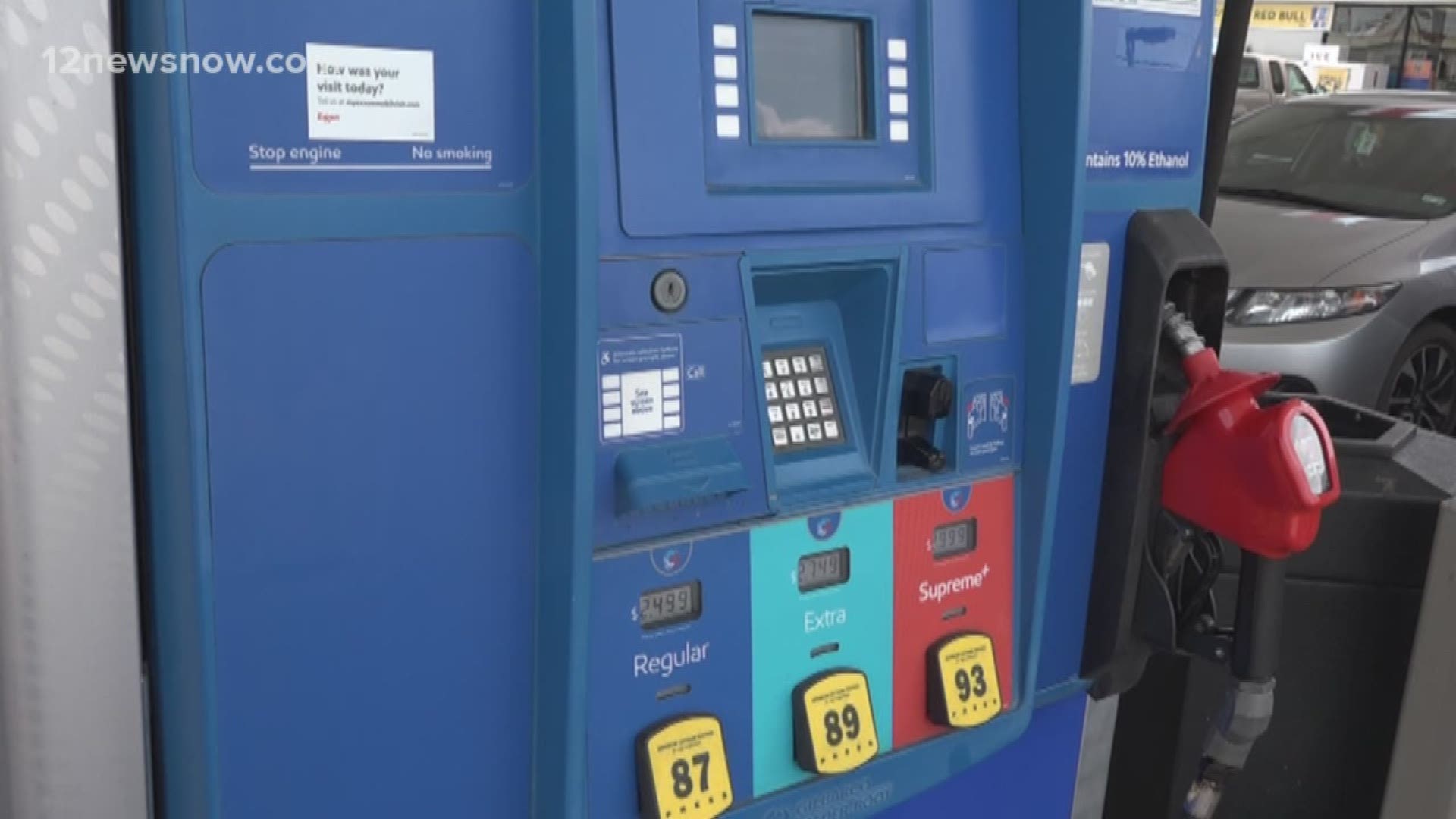 BEAUMONT, Texas — Gas prices are on the rise and surging ahead of an expected landfall from Tropical Storm Barry.

Prices in Beaumont-Port Arthur rose 27-cents in 24 hours. The average price for a gallon of regular unleaded is currently $2.61, according to GasBuddy.com. Local gas stations say they are paying more for new shipments and are having to pass that increase to consumers.

Experts warn that prices could rise more as Barry impacts oil rigs in the Gulf of Mexico.

According to AAA, gas in the Beaumont area is still below the national average which is currently $2.76/gal. — roughly a half cent higher than it was a day ago.

The price increase hasn't deterred southeast Texans from filling up, as a precaution. Aubrey Dixson and Ducota Bankester decided not to take their chances as they visited the pump Thursday afternoon.

"You never know when one of those things are going to turn on you," Dixson said.

Bankester agreed, "Mother nature's unpredictable, she does what she wants to do."

Dixson was born and raised in Southeast Texas. The first hurricane he remembers was Audrey in 1957. Over the years, he's learned how to prepare.

"Picking up extra gas, I'm going to do a little mowing before the storm hits, mow my yard, button everything down that might be loose," Dixson said.

For Bankester, preparation was a lesson he learned the hard way.

"I was stuck in Harvey for two weeks, out there in Little Cypress, me, my mom and my little sister, and we had no lights, no water...so, prepared is best."

Tropical Storm Barry is currently forecast to make landfall as a Cat. 1 hurricane along the Louisiana coast.