"Our workforce will continue its safe, quick work until everyone’s power is restored," Entergy Texas said on the company's website. 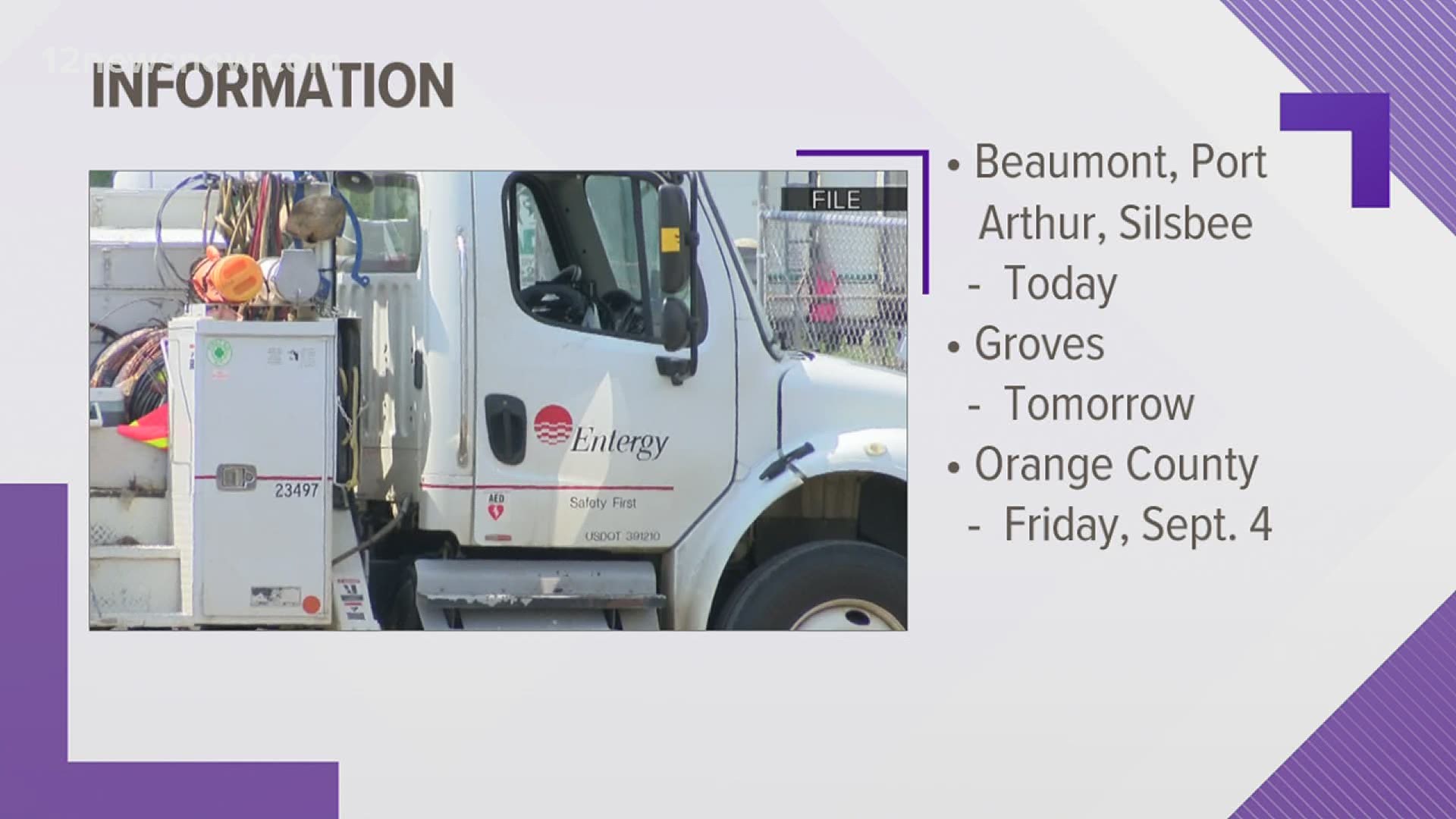 "Our workforce will continue its safe, quick work until everyone’s power is restored," the company said on their website.

On the afternoon of Thursday, Aug. 27 just hours after Hurricane Laura made landfall, Entergy Texas said the company was forced to begin periodic power outages as a last resort to prevent a more extensive, prolonged power outage which would affect the power grid's reliability.

The company said it is working with its operator to restore the system to normal as soon as a power shortfall would not threaten the integrity of the rest of the power system.

Entergy also asked customers in the northwest part of Houston to voluntarily reduce their electricity usage.

You can reduce your electricity usage by: