Grocery stores were packed Monday as shoppers prepared for the arrival of Hurricane Nicholas. 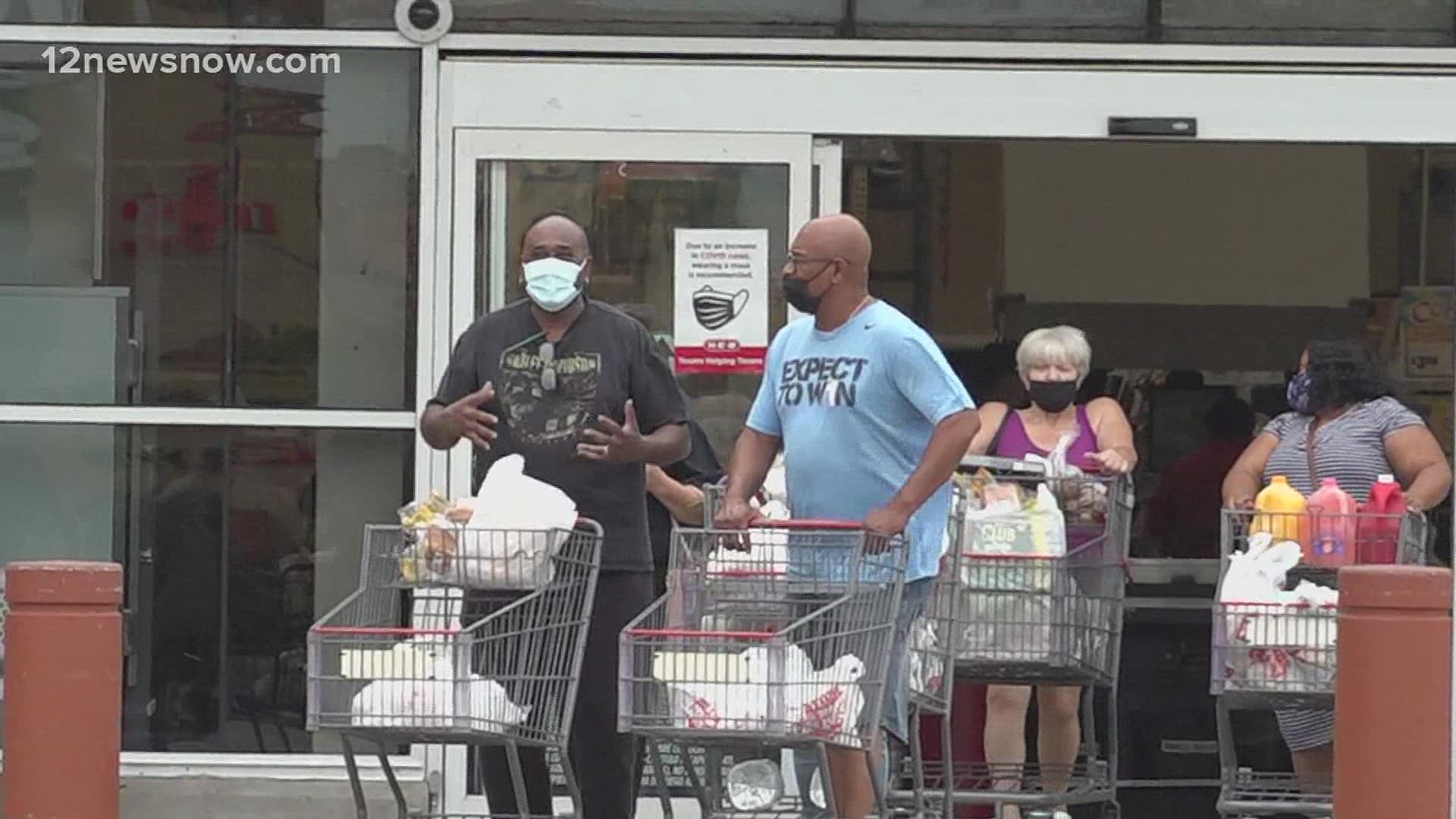 BEAUMONT, Texas — Beaumont grocery stores were packed Monday with residents stocking up on food, water and supplies in anticipation of Hurricane Nicholas.

Grocery stores, like H-E-B plus! on Dowlen, did their best to keep up with the demand.

"We also have a Texas Task Force Swift Water Team, we actually have two teams, which consists of two boats and six personnel," Wheat said.

The category one storm made Texas landfall around 1 a.m. Tuesday.

The city of Beaumont has made improvements to its drainage systems since Harvey and Imelda, but Wheat said Nicholas will put the system to the test.

"It's going to be a little different for us this time," Wheat said. "If we do get this large rain event, we're going to be paying attention to all of that to see how that works."

Wheat also stressed the importance of being aware of your surroundings, "Pay attention to these streets. Pay attention to underpasses. Know where you're going. We know it's going to rain tonight, so don't go out tonight if you don't have to."

"It makes you a little bit more jumpy, because you know how bad it can be," she said. "I've had friends lose their houses, lose them more than once. So we try not to overreact, but there's always the thought in the back of your mind, 'What if? What are we going to do?'"

Chief Wheat stressed while first responders are ready to assist during the storm, they also have regular calls coming in for other emergencies. That's why he said it's paramount to stay home and out of harm's way.