"Imelda was an unbelievable thing that we thought was gonna be nothing." | When Imelda made landfall, iRule dance studio co-owner Mark Rule had a sleepless night. 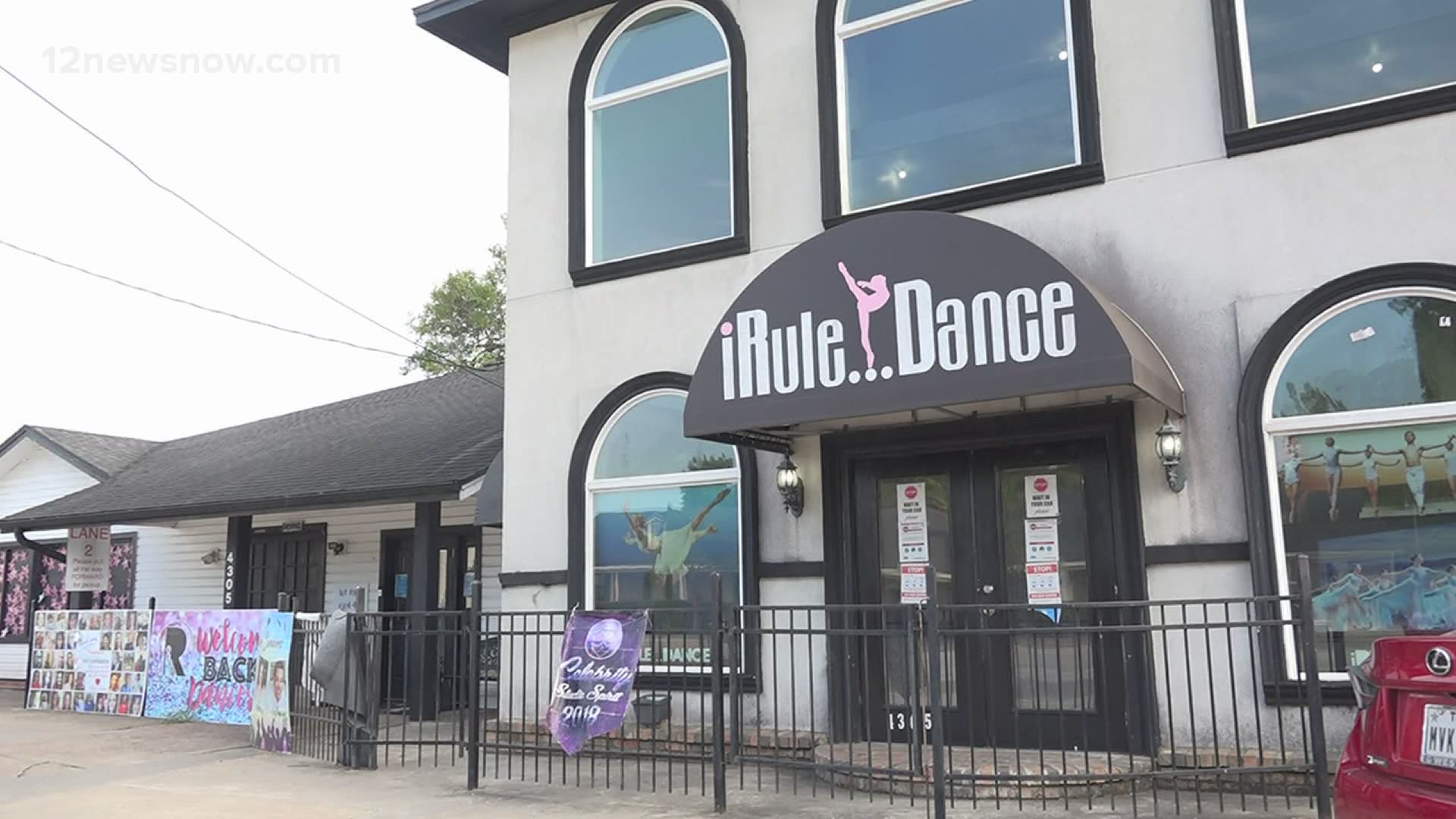 BEAUMONT, Texas — Thousands of homes and businesses ended up underwater when parts of the Golden Triangle received more than 40 inches of rain from Tropical Storm Imelda.

The rebuilding process has taken months.

Last year, 12News was with you on the air as the storm started to soak Southeast Texas. A Beaumont dance studio is remembering what happened.

He said Imelda taught him it is always better to be safe than sorry.

"Imelda was an unbelievable thing that we thought was gonna be nothing," he said.

One year ago, the intersection at Lucas Drive and Calder Avenue was completely underwater, Rule said.

"This is our big dance studio and the water was up to here," he said, pointing. "I remember the day vividly because it's my twins' birthday and my mother-in-laws' birthday."

It was not long before the water was inside the iRule Dance Studio. When the storm made landfall, he said he had a sleepless night.

"At like 2:30, I woke up again, and I could hear the rain pounding, so I walked over here," he said. "It was terrible because I knew it was flooded. There was no doubt in my mind our dance floors were flooded."

The damage Imelda left behind was staggering. For thousands across Southeast Texas, this storm was life-changing.

Imelda changed the way they prepare for storms, Rule said. Even the slightest threat is enough to make them prepare for the worst.

"I'd rather be safe than sorry, because it's tough when you lose everything," he said.

Before Hurricane Laura, the dance studio stocked up on dozens of sandbags, but thankfully didn't need them. Now they are anxiously watching Tropical Storm Beta.

"Whatever we need to do, we're gonna do it because we don't want another Imelda a year and a couple days after," he said.

iRule Dance Studio was just one of numerous businesses impacted by Hurricane Imelda, as well as many homes. A year later, many have rebuilt and are hoping to weather future storms.