Hurricane Laura: A timeline of what to expect and how Texas is preparing

Abbott said Hurricane Laura was expected to make landfall as a Category 4 hurricane and would be "quite severe" with very powerful winds. 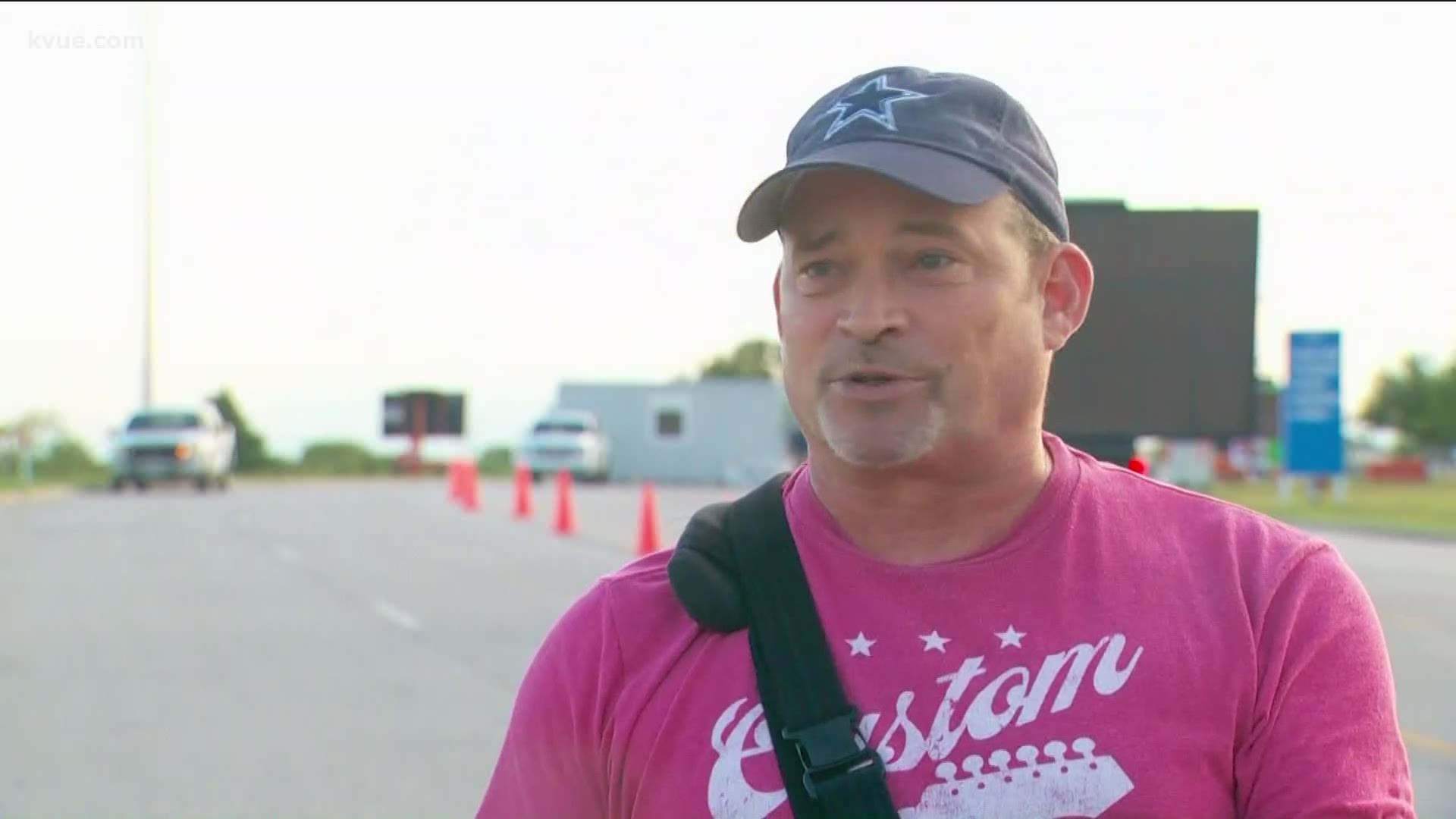 AUSTIN, Texas — On Wednesday afternoon, Gov. Greg Abbott gave an update at on the State's response to Hurricane Laura as the storm barrels toward the Texas-Louisiana coast.

Abbott said Hurricane Laura was expected to make landfall as a Category 4 hurricane and would be "quite severe" with very powerful winds. He said Texans residing in the southeastern region of Texas – where Laura is expected to make landfall – had nearly five hours to evacuate the area. Abbott said his concern was people may not fully understand the "severe danger" posed by the storm to the area near the Texas-Louisiana border.

Abbott said Laura's landfall was expected at approximately 1 a.m. Thursday morning. He said the storm was expected to be out of Texas by Thursday evening.

At 9 a.m. on Thursday, officials will start rescues, according to Abbott. He said from 7 p.m. on Wednesday to 9 a.m. on Thursday will be "a bit of a lockdown time period." Abbott said that during this time, the ability for rescuers to help people is not realistic, which is why he is urging Texans to get out of harm's way well before the storm hits.

Abbott said this event has been described as an "unsurvivable storm surge." The storm surge could impact areas inland of about 30 miles, according to Abbott.

"The power of Hurricane Laura is unprecedented, and Texans must take action now to get out of harm's way and protect themselves," said Gov. Abbott. "The conditions of this storm are unsurvivable, and I urge Southeast Texans to take advantage of these final few hours to evacuate, secure their property, and take all precautions to keep themselves and their loved ones safe. The State of Texas is prepared to respond to the storm, and we are working alongside federal and local officials to keep Texans safe."

Tropical storm winds would be expected on the coast starting at approximately 7 p.m. to 8 p.m., Abbott said. The governor said the winds would first affect areas in Jefferson and Orange counties.

Tropical storm winds continue to be the storm's biggest threat to the Lone Star State, Abbott said. He said the winds will affect areas as far north as Longview.

An important note Abbott brought up that Texans might not be aware of was the deaths due to carbon monoxide poisoning. Abbott urged Texans not to bring generators inside a home if the power goes out.

Camp, Ellis and Tarrant counties were added to the long list of Texas counties under a State of Disaster declaration.

Abbott said the State had deployed 400 buses, 38 aircraft, 82 boats, 202 high-profile vehicles, 60 ambulances and 75-plus paratransit vehicles to assist in the movement of Texans. 5,000 people have been sheltered, according to Abbott.

On Wednesday morning, some Texas coast evacuees who traveled to Austin for shelter ahead of Hurricane Laura's landfall were being turned away from the Circuit of the Americas check-in site because it was "at capacity."

"Due to exceeded demand for safe sheltering options from Hurricane Laura, Austin Area shelters hit capacity around 5:30 a.m. this morning. As of 10 a.m., this morning, Circuit of the Americas (COTA) has reopened as a rest area for evacuees," the press release said. "Those seeking shelter from this weather event are welcome to wait at COTA to see when more hotel rooms become available. Once confirmed, shelter rooms will be on a first come first served. While at COTA, basic amenities will be provided. Those who do not wish to utilize COTA as a rest stop are encouraged to call 211 for assistance in identifying the next closest sheltering location."

There are other Texas evacuation centers people can go to such as:

They also suggested evacuees find their own motel or hotel.

Live track: When will Hurricane Laura make landfall? How strong will the storm be?

Laura's eyewall is about 220 miles from the coast along the Texas-Louisiana border. Buoy heights around the eye have reported 26- to 34-foot waves, which shows how strong the center of circulation is with pressure dropping quickly.

Stay with KVUE over the weekend as the KVUE Storm Team keeps a close eye on things. Find the forecast on kvue.com and download the KVUE News app in order to get updates and to check on radar: kvue.com/app. Also be sure to follow KVUE on YouTube, Facebook, Twitter and Instagram.