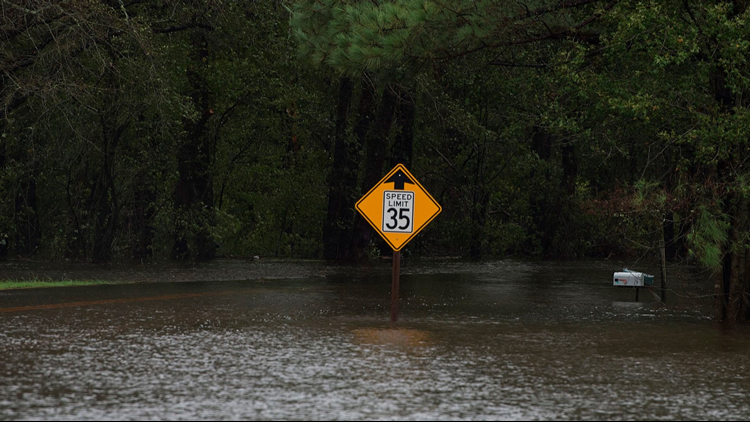 Photo by: ANDREW CABALLERO-REYNOLDS/AFP/Getty Images
A killer storm that left up to 13 people dead weakened to a tropical depression on Sunday, but US authorities warned the devastation it caused -- including catastrophic flooding -- is far from over.

Two women die after van overtaken by floodwaters in SC

MULLINS, S.C. (AP) — Two people have died after a van was overtaken by rising flood waters in South Carolina.

Marion County Coroner Jerry Richardson tells The Associated Press that two women drowned at around 6 p.m. Tuesday when a van tried to cross a roadway between Mullins and Nichols and was overtaken by water.

Richardson didn't release their names. He said two other people were sent to a hospital for observation.

Richardson said the van was traveling near the Little Pee Dee River, one of the bodies of water officials in South Carolina are watching closely as water continues to pour into the state from upriver in North Carolina following the heavy rains of Florence.

Richardson said, "They were trying to negotiate through fast-running water, and it just didn't work out." He says the van is still in the water.

Forecasters predict some rivers in the northeastern area of the state might not reach their highest levels until later this week or next week.