Lows in the 20s and 30s and wind chills in the upper teens and 20s are expected. 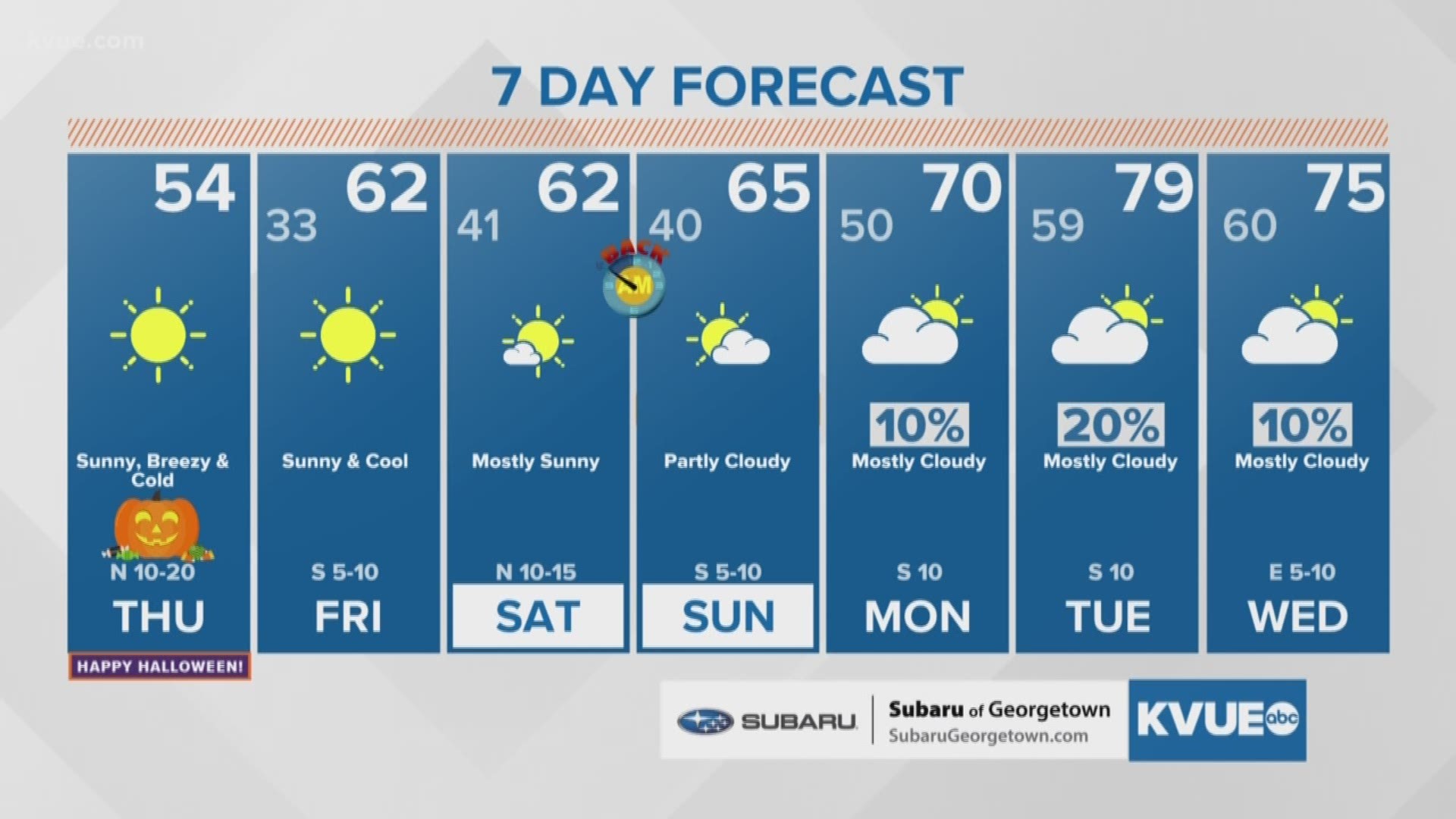 A Freeze Watch is in effect for Milam County due to freezing temperatures that are expected late Thursday night into Friday morning.

Our first blast of arctic air this season arrives on Thursday morning and will plunge temperatures to or below freezing for the Hill Country and Williamson County and near freezing everywhere else in Central Texas.

This freeze will come about two weeks early for the Hill Country and nearly a month early for Williamson County.

Thursday afternoon temperatures will be in the low 50s despite sunny skies.

Temperatures could drop to near freezing even in the Austin metro on Friday morning. If that were to occur, that would be over a month earlier than normal.

Here are wake-up temperatures on Friday morning around Central Texas.

Highs on Friday afternoon and this weekend will be in the low 60s.

Friends recognize Austin homeless man as former classmate and old friend, give him place to live