"I got plenty of gas for the generators and all, but we keep it like that around here." 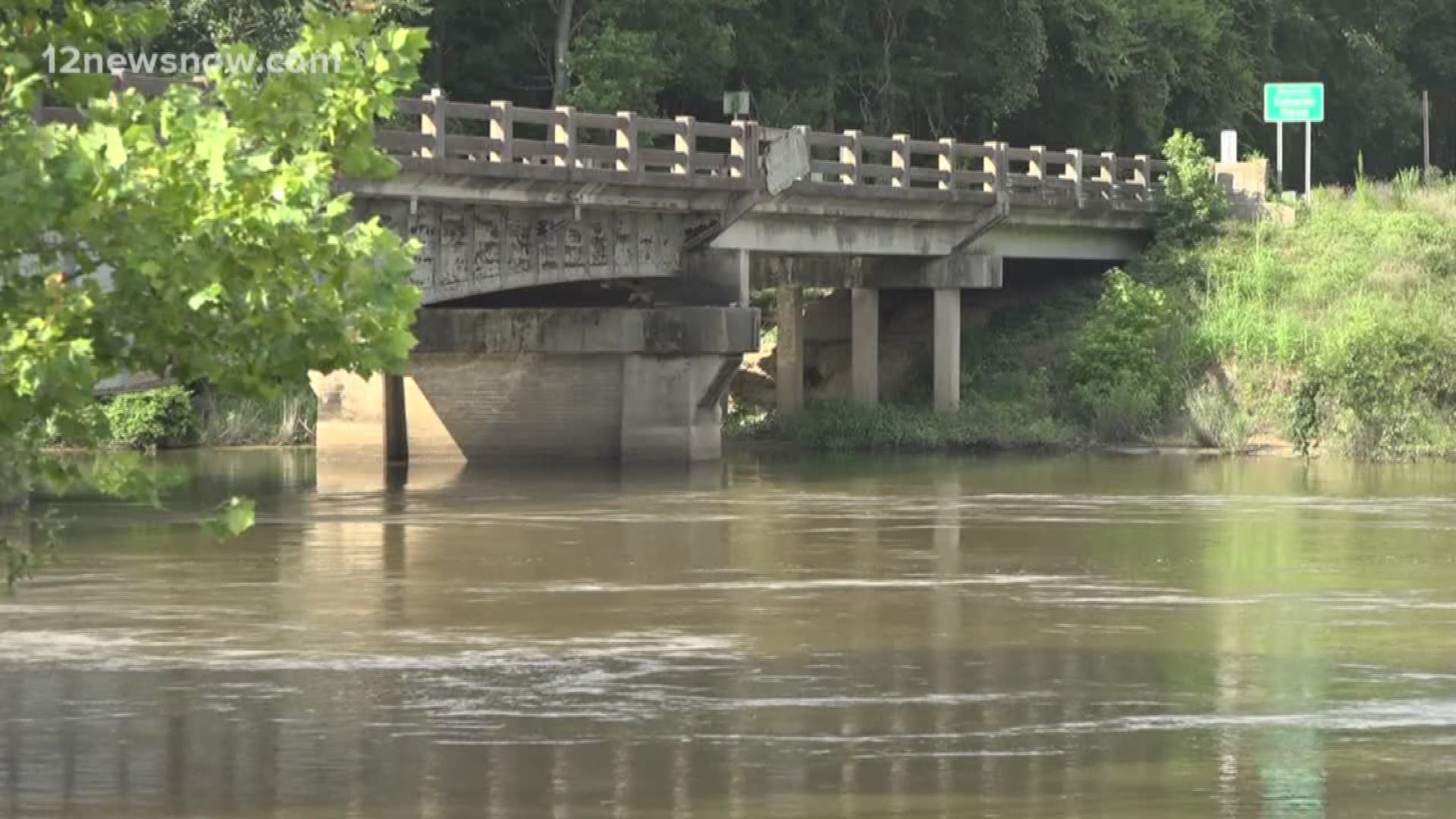 DEWEYVILLE, Texas — A small town in south Newton County is no stranger to flooding and many people have begun to prepare for a possible storm.

However, some homeowners tell 12News they are not worried.

RELATED: School will be back in session in Deweyville Tuesday

A little more than 1,000 people live in Deweyville, with many having endured Rita, Harvey and flooding of the Sabine River.

Yet, with the uncertainty of the possible storm in the Gulf, many in Deweyville have started preparing.

The convenience store located at the intersection of Highway 87 and Highway 12 saw a steady flow of customers on Wednesday.

Many people in the area are in preparation mode, picking up supplies.

"So far, we have a lot of people come in for water supplies, fresh meat, fresh vegetables," said Musa. "People are so worried about the storm."

Donald Manning lives near the Sabine River and says flooding is practically a norm.

He's keeping an eye on the gulf, but tells 12News he's not too worried at this point.

"On a level of one to ten, probably a one and a half, maybe a two," said Manning. "I'm worried about a tree blowing down, that's all I'm concerned about."

Given all the flooding Deweyville has experienced in the past, it's easy to understand why people aren't as concerned.

"We pretty well know what to expect and all," said Kenneth Welch, who lives in Deweyville. "Hopefully it's not going to be nearly as bad, but you just got to prepare anyway."

Despite the low-level of worry, Welch has begun to prepare.

"We've stocked up on our canned goods, water, plenty of that," said Welch. "I got plenty of gas for the generators and all, but we keep it like that around here in Deweyville, you pretty well got to stay prepared."

The tropics don't appear to scare anyone in Deweyville at this point, but another possible flood does strike a little fear.

"This major flooding, I don't see that happening," said Manning. "I hope not, we can't afford that no more."

Newton county has not finalized a plan yet for this storm.

Sandbags will be available for people in Deweyville, beginning Thursday along Spur 272 at the old Newton County Sub Courthouse.