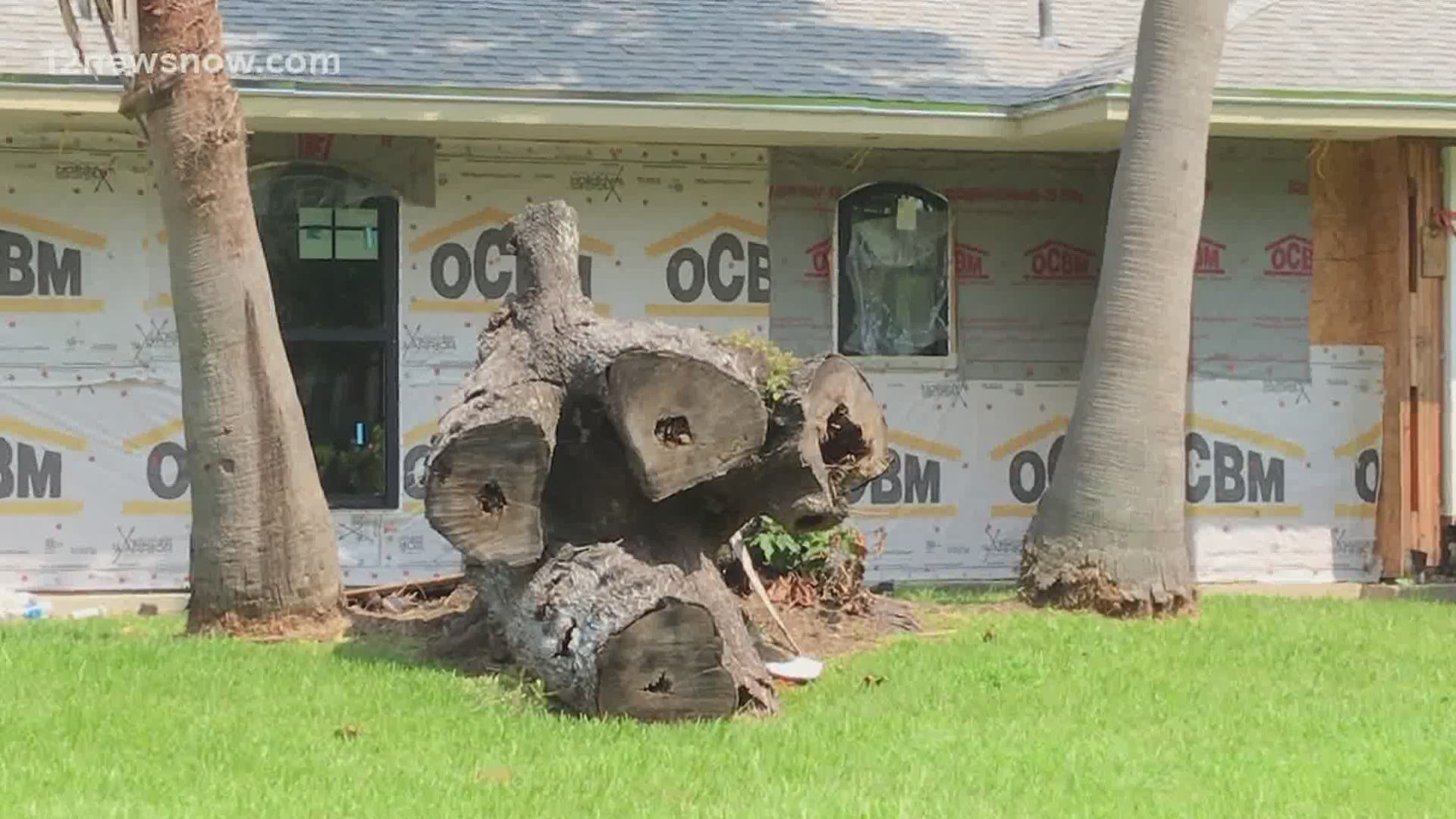 BEAUMONT, Texas — Some folks in Beaumont are feeling frustrated as they continue to wait for power to be restored on Thursday, a day after the city was pounded by rain and heavy wind.

About 8,600 homes and businesses lost power in Jefferson County alone, and 24 hours later, more than 900 of those are still in the dark.

"It was kind of scary at the moment it all happened," Ruiz said.

Cones and Entergy crews are still out, working to restore power and cleanup after Wednesday's wild weather.

"It was nice outside and then five minutes later everything just went towards the ceiling," Ruiz said.

For some residents, things went back to normal fairly quickly.

"I'm one of the lucky customers that the power came on that same night," Ruiz said.

Riley Keffer and Peggy Bob live on Arlington Drive near Phelan, and say it was a different story on their side of town.

"We're the last in all of the city to get power. First to go out, and last to get it back," Keffer said.

She says several of those living nearby have severe health problems.

"We have sickle cell anemia, one woman has strokes, one woman is on dialysis and just got over cancer," Keffer said.

These neighbors understand that mother nature can't be controlled, but they're hoping Entergy officials can meet them with a halfway solution.

"Maybe you can offer up generators for our areas and hotspots for when your lights go out so often. Maybe that could be a solution that could help," Bob said.