Forecasters are keeping a wary eye out for potential trouble. 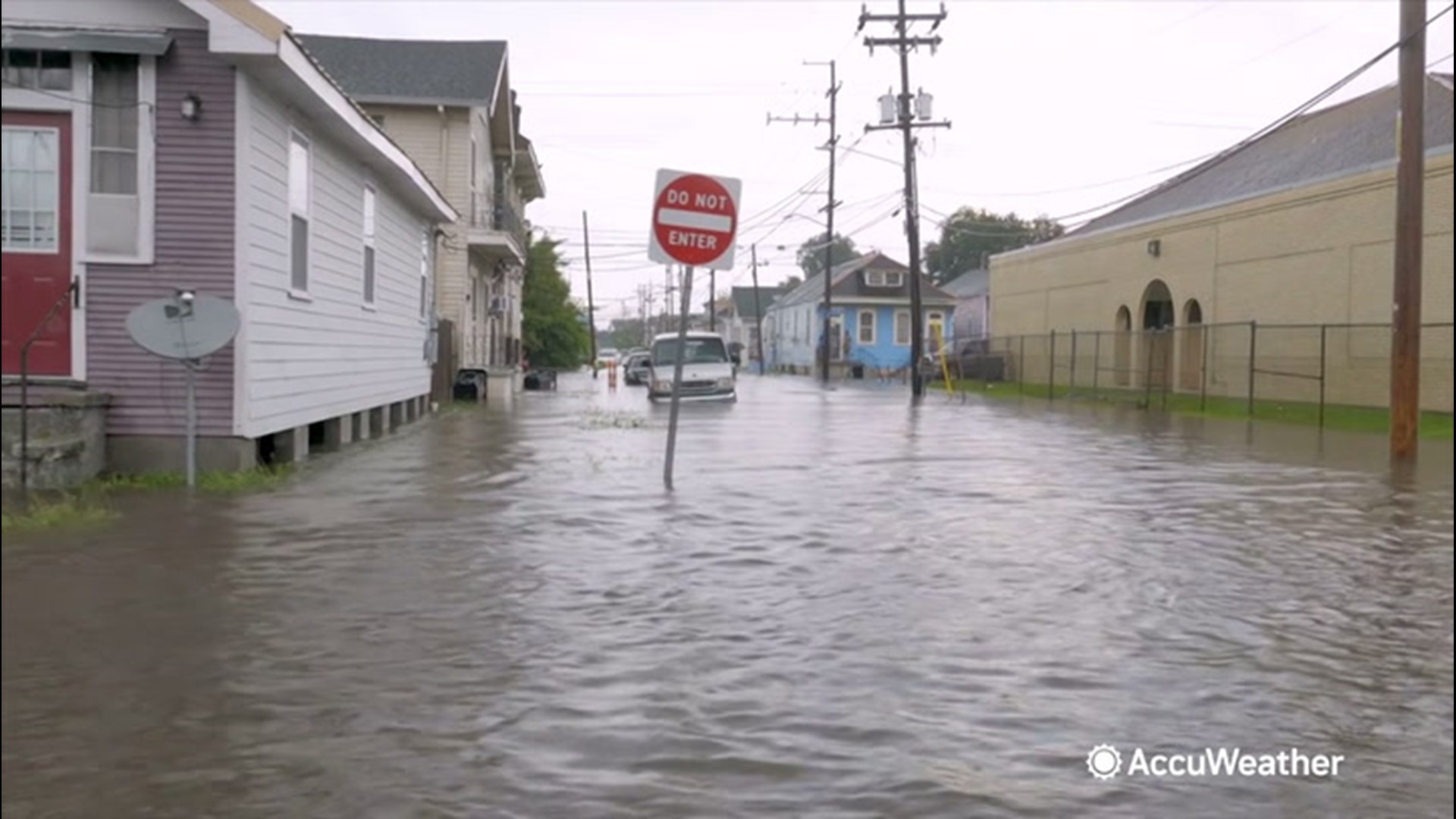 The 2020 Atlantic hurricane season started out quite busy -- with two systems, Arthur and Bertha, being named even before the official start to the season on June 1. Then, Cristobal set a new record for the earliest third-named tropical storm in the Atlantic before it slammed into the Gulf Coast. Tropical Storm Dolly's formation off the East Coast of the United States on Tuesday continued the trend and was noteworthy as it became the second earliest fourth-named storm on record for the basin. After Dolly weakened, tropical activity screeched to a halt across the basin.

Vast areas of dust and wind shear have been inhibiting tropical storm formation across much of the Atlantic Ocean, including in the Caribbean Sea and the Gulf of Mexico, but there are some indications that conditions may change around the Fourth of July holiday.

"A large area of dust from the Sahara Desert continues to cover much of the southern North Atlantic from the coast of Africa through the Caribbean and part of the Gulf," AccuWeather's top hurricane expert Dan Kottlowski said.

This massive expanse of dust, known as the Saharan Air Layer (SAL), has been called the "Godzilla dust cloud," as well as the "most significant event in the past 50 years," by some experts, according to The Associated Press.

"This dust continues to suppress shower and thunderstorm development along and outside of all tropical waves," Kottlowski said.

Tropical waves are disturbances that form over Africa or the northwestern Indian Ocean and eventually drift westward across the Atlantic. Under the right conditions, a small number of these waves can evolve into organized tropical systems.

Tropical storms and hurricanes are nature's way of removing built up heat from the tropics and dispersing it over the mid-latitudes.

Due to both of those factors, tropical development is not anticipated over the Atlantic basin through at least the last weekend of June, but forecasters are keeping a wary eye out for potential trouble that could brew in the basin beyond that.

"There is some indication that dust may disperse and wind shear may weaken enough to allow slow formation and strengthening of a tropical feature in the area from the northwestern Caribbean to the southwestern Gulf of Mexico centered around the Fourth of July weekend," Kottlowski said.

"The long-range computer models that are suggesting this are highly uncertain, and AccuWeather's team of meteorologists are only forecasting that some potential for tropical development exists at this time," Kottlowski cautioned.

Some computer model runs, which occur several times a day, may show development on one output then lose that development in the next. When multiple runs and multiple different computer models show development over a course of several days, then that may garner more concern from AccuWeather forecasters, who then rely on their expertise to analyze observations in the nearby atmosphere and around the globe to decide when to make a forecast for development or downplay a situation.

"We will, of course, continue to watch this closely and upgrade or end the concern as needed in the coming days," Kottlowski said.

The next named storm in the Atlantic will be given the name Edouard, should the tropics show more signs of life around Independence Day.

The earliest ever E-named storm on record in the Atlantic was Tropical Storm Emily, which developed on July 12, 2005. Emily went on to strengthen into the earliest Category 5 hurricane in the calendar year, when its maximum sustained winds peaked at 160 mph on July 16 in the Caribbean Sea. The storm became deadly across the Caribbean and in Mexico. Emily remains the only storm in recorded history to reach Category 5 intensity during the month of July, according to the National Hurricane Center (NHC).

After Emily, the next earliest fifth-named storm of a season was Hurricane Danny, which strengthened into a named storm on July 17, 1997. Danny is considered the fifth-named storm of that season despite acquiring a name starting with D, because there was an earlier unnamed subtropical storm, the NHC reported. Before striking the Gulf Coast of the U.S. and causing record flooding and as much as 30-40 inches of rainfall in some communities, Danny became a Category 1 hurricane over the warm waters of the Gulf on July 18.

It's not unusual for a lull in tropical activity to occur over the Atlantic during the early and middle part of the summer. This is due to the northward retreat of the jet stream and lack of fronts that dip into the Gulf of Mexico and southern Atlantic coast areas.

These two phenomena can be the origin points for tropical systems to brew. In their absence, tropical storm formation typically occurs from the tropical wave train emerging from the West Africa coast into the Atlantic Ocean. That parade of tropical storms is usually still just ramping up in late June and July, and, at present, is being diffused by dry air, dust and wind shear.

It is not uncommon for there to be large areas of dust and wind shear during late June, July and early August, and it is the extent of dust that has been grabbing the attention of meteorologists and the public alike. A peak in tropical activity typically occurs from the middle of August into October in the Atlantic, in part due to the dispersal of dust.