Snow showers will linger after the nor'easter departs. 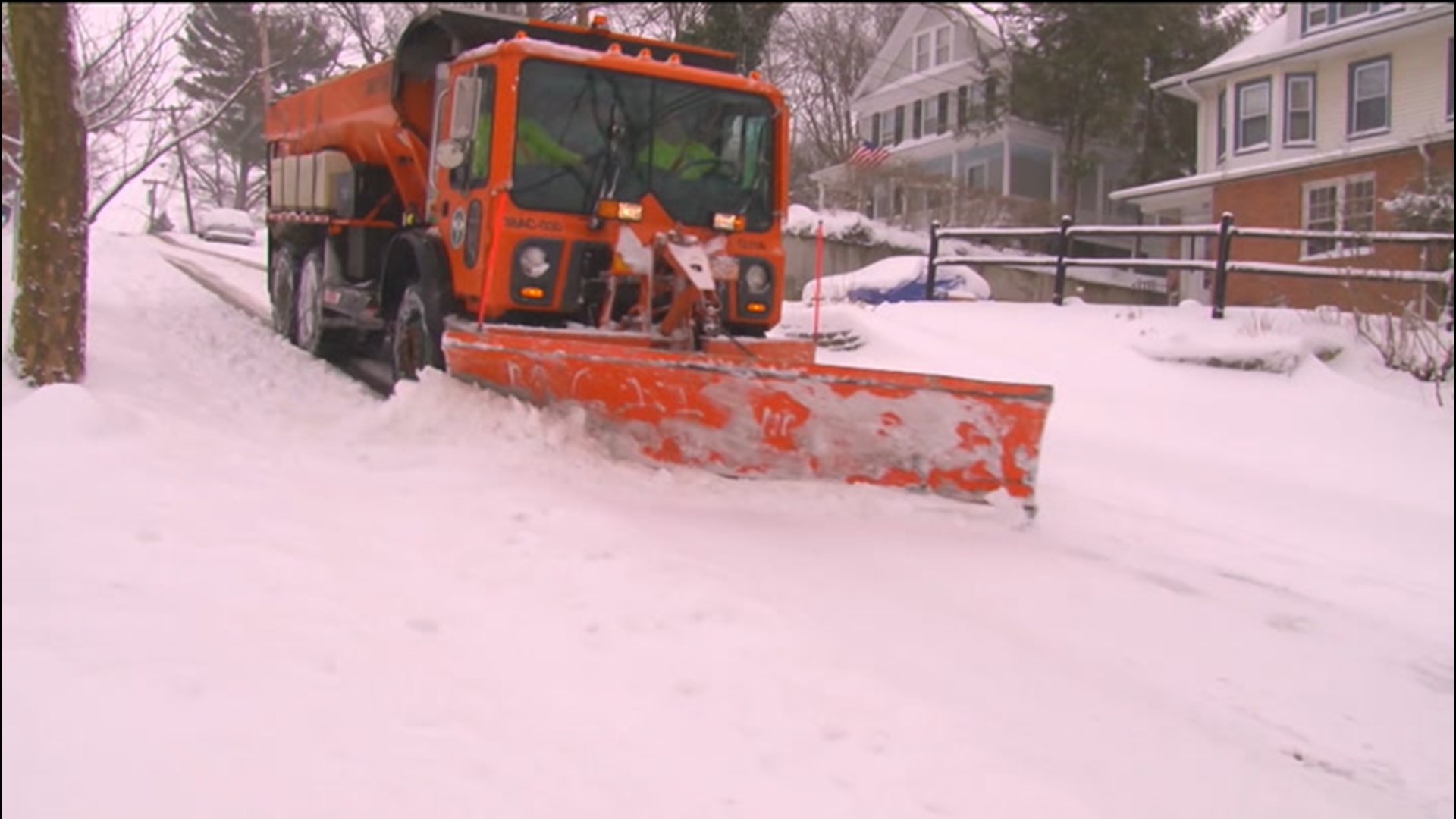 Even after a marathon winter storm moves away from the Northeast by the middle of the week, residents across the region digging out from a fresh blanket of snow will face additional disruptive impacts.

The slow-moving nor'easter that is expected to bring up to 44 inches of snow to the Northeast will begin trekking into Atlantic Canada late on Tuesday. However, areas of snow showers will linger on the backside of the storm.

Locally heavy showers will occur over the mountains of northern West Virginia and much of Pennsylvania with flurries extending all the way to the Chesapeake and Delaware bay regions.

On Wednesday, snow will continue to fall for a time from far northeastern Pennsylvania and central New York to Maine.

According to AccuWeather Meteorologist Matt Benz, additional snowfall accumulation is possible from Tuesday night through Wednesday in parts of the Northeast. The most likely areas for an additional inch or two will be in northwestern New England and into the mountains of New York and Pennsylvania where snow showers will be heavier.

Even in areas where this additional snow does not accumulate, there may not be much of an improvement in conditions.

As the nor'easter moves north into Canada, an area of high pressure that has been building over the center of the country will begin to push east late Tuesday night and Wednesday. Gusty winds can develop between these two weather features.

"Blustery and cold weather will follow the storm on Wednesday," said Benz, adding that areas that picked up heavy snowfall earlier in the week can encounter blowing snow and reduced visibility.

Wind gusts up to 30 to 40 mph can blow the snow around, even in areas where snow is not actively falling. Drifting snow can be a problem in open areas in suburban and rural settings.

In addition to reduced visibility, motorists traveling along interstates 76, 80, 81 and 83 should be cautious of snow blowing onto roadways which can lead to slippery travel conditions.

Gusty winds will also make it feel even colder across the Northeast as a blast of Arctic air moves in behind the storm. AccuWeather RealFeel® Temperatures are forecast to be 10-20 degrees Fahrenheit lower than the actual temperature.

Any lingering snow and gusty winds will end across Pennsylvania and much of New York by Wednesday night and into Thursday for New England as drier air moves in as a result of the high pressure area.

After a quick break from the unsettled weather on Thursday, the next winter storm is forecast to arrive by the end of the week.