What are the chances that another major snowstorm will strike the Northeast this weekend?

Meteorologists were growing more skeptical of a scenario that would suggest a major snowfall event for big cities like Washington, D.C., Philadelphia and New York. 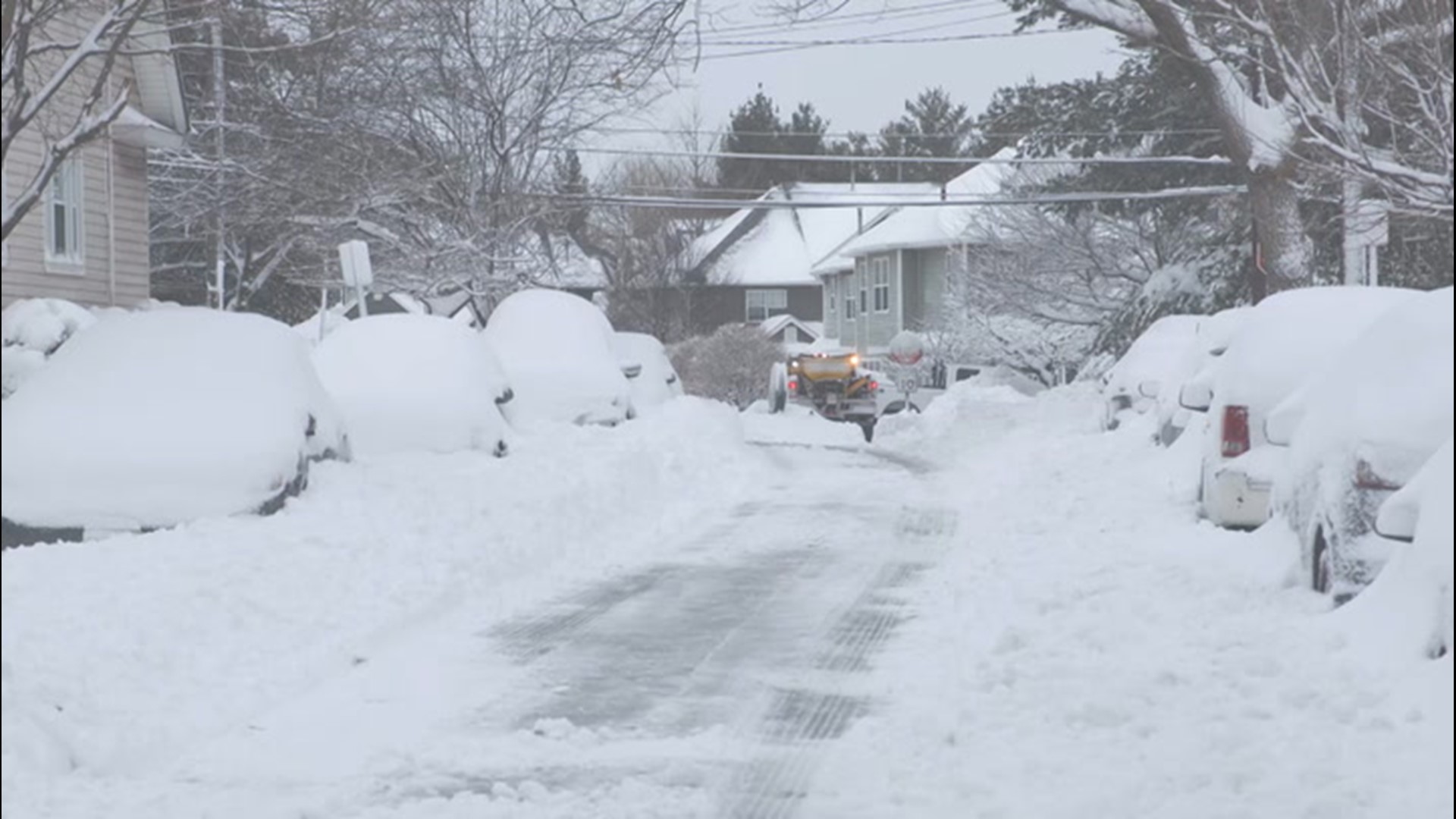 Forecasters have been busy analyzing the weather maps for days to explore the odds of another major snowstorm along the East Coast this weekend. And, on Thursday, AccuWeather meteorologists were growing more skeptical of one scenario that would suggest a major snowfall event for big cities like Washington, D.C., Philadelphia and New York City and instead were favoring the chances of a quick-hitting snowfall that could impact parts of the interior Northeast and potentially affect parts of New England.

"We are not at the point where the big snowstorm should be totally called off as there is still room for the pattern to come together -- the chance of a big northeastern U.S. snowstorm on Sunday is not zero percent," AccuWeather Chief On-Air Meteorologist Bernie Rayno said.

The main factor that will determine whether a major snowfall event unfolds in I-95 cities versus a lighter snow event across interior areas is something that meteorologists refer to as phasing. More on that later, but it now appears more likely that the two storm systems will remain separate, rather than merging together to develop into a stronger winter storm.

The two weather players are still expected to be on the weather maps and produce wintry precipitation and delays, but it's less likely that they will come together to become a powerhouse storm. One clipper-style storm, or a fast-moving system with little moisture, will dip down across the Midwest, while another storm will develop near the Gulf or Southeast coast and move up the Eastern Seaboard.

A small shift in the jet stream is likely to dictate how the pattern unfolds. These fast winds located high in the atmosphere -- around the altitude where planes fly -- will determine the strength of the storm that will move through the Midwest this weekend, as well as track of the Southern storm. The timing on those systems will be key to how they interact and the weather conditions that will unfold in coastal areas of the mid-Atlantic and in New England later this weekend.

"This far out, the difference in the jet stream pattern that will determine whether the Southern storm travels up the coast versus out to sea this far out in time is the about the size of a pin prick on the weather maps," Rayno explained.

Even a slightly stronger Midwest storm would be more likely to buckle the jet stream enough to allow the Southern storm to travel a bit closer to the coast thus increasing the odds of a snowstorm for coastal areas.

Meteorologists call this phenomenon "phasing" or the merging of two branches of the jet stream.

"If the Southern storm can get out ahead of the Midwest storm just a bit, then there is a better chance of the two storms phasing with a big snow event in the Northeast," Rayno explained.

If the storms merge, many already digging out in the Northeast could see another round of heavy snowfall totals and travel disruptions.

"In this scenario, where the two storms phase, a heavy snowfall and blizzard conditions could still occur," Rayno said.

Even if the two storms remain totally separate, spelling less intense snowfall impacts across the northeastern U.S., some precipitation, including snow, may still occur along the coast. If that happens, light snow could cause slippery travel conditions over portions of the mid-Atlantic and New England on Sunday.

"There is still plenty of room for places that rarely receive heavy snow to pick up a snowfall on Sunday, even in an out-to-sea scenario," AccuWeather Senior Meteorologist Dan Pydynowski said.

Eastern Long Island and Cape Cod are among the areas that could still pick up hefty amounts of snow if the coastal storm remains farther out to sea. While Montauk, New York, picked up several inches of snow from the early-week storm, mostly rain fell on Cape Cod.

It's also possible that phasing could occur, but on a slower timeline, resulting in a big snowstorm farther to the north and east over Atlantic Canada.

The answer may be somewhere in between both ideas, where there is a fast-moving storm that produces a period of snow from the southern Appalachians on Saturday to the mid-Atlantic coast and New England on Sunday. This forecast plan that AccuWeather is formulating would yield a light to moderate snowfall and not feet of snow, but travel disruptions nonetheless.

Whether the two systems come together or not, a couple of rounds of light to moderate snow are forecast to take shape from the Plains to parts of the Midwest and the interior Northeast this weekend into the middle of next week.

"The central U.S. storm will at least occur, no matter what," Rayno said, referring to the storm that will arrive across parts of the Midwest this weekend. "Some accumulating snow should occur from Kansas City and St. Louis into western Pennsylvania, causing some slippery travel along routes like Interstate 70 and 80 this weekend."

Regardless of whether or not another "big one" occurs on Sunday, there will be more opportunities for snow events of various intensity and coverage into the middle of February for the East, forecasters warn.

The pattern favors dead-of-winter conditions for the North Central states with severe cold related to a displacement of the polar vortex. As the most intense cold will take aim at the Upper Midwest, periodic bursts of Arctic air are predicted for the Northeast.

Another significant wintry impact this pattern will stir up in the coming days will be tremendous lake-effect snow in parts of Michigan and upstate New York, and conditions that will set the stage for more snowstorms.

Should the jet stream dip more to the south over the Central states from time to time over the next week or two, there will be room for a bigger storm to evolve and affect the Eastern states on one or two occasions.

"The problem is the pattern will not totally get rid of mild air in the Southern states, and the temperature contrast zone from north to south or northwest to southeast can be a breading ground for storms," AccuWeather Senior Meteorologist Brett Anderson said.

A dip in the jet stream can lead to frequent weak storms, and the risk will exist for one or two of these pairs of systems to phase into much stronger storms.

For example, if the significant storm fails to materialize on Sunday, there may be another shot for the same phasing setup to happen on Tuesday -- all because Arctic air may continue to clash with milder air over the South.

A storm duo, one system in the Midwest and the other in the Southeast states, may attempt to phase with an expanding area of snow and a wintry mix on the Atlantic coast on Tuesday.

Regardless of how the pattern plays out this weekend to early next week, one thing forecasters agree on is the potency of the Arctic blast that will first target the Plains and then will be ushered eastward.

"This whole pattern is going to bring a big increase in heating demand all the way from the Plains through the East," said AccuWeather Lead Long-Range Meteorologist Paul Pastelok.

Cities, townships and state highway departments can expect to take a big bite out of their ice-melting supplies and seasonal expenditures with the weather setup over the next couple of weeks.