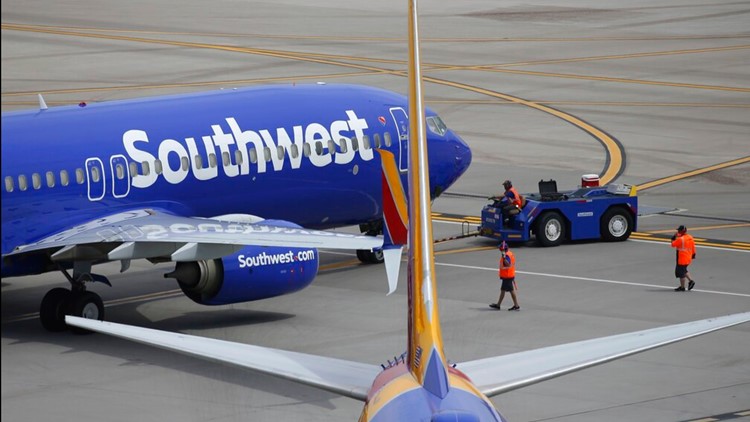 (DALLAS BUSINESS JOURNAL) Southwest Airlines is readying to expand its Hawaii presence and will cease flying to Newark Liberty International Airport as it alters its schedule due to the reduced capacity from the 737 Max grounding, the airline said in its second quarter earnings release Thursday morning.

Southwest Airlines Co. (NYSE: LUV) is the largest operator of the 737 Max in the U.S. with 34 in its fleet and hundreds more on order. The plane's grounding since March has caused Southwest to cancel thousands of flights and reduced capacity across its network.

The carrier reported second-quarter earnings of $741 million and a profit of $1.37 per share, along with revenue of $5.91 billion.

After months of no announcements for Hawaii expansion, Chief Executive Gary Kelly said Thursday the airline is resuming growth plans for more Hawaii service next month.

"We will offer service to the Islands from both Sacramento and San Diego, as well as bring Southwest service to both Lihue, on Kauai, and Hilo, on the Island of Hawaii," Kelly said, adding more details will be announced in the coming weeks and months.

Here are the Hawaii destinations Southwest intends to service. The red dot, Hilo, was announced after the original first four Hawaiian destinations.

Southwest introduced much-anticipated Hawaii service in March with flights from Oakland International Airport to Honolulu International Airport, and soon followed up with service out of San Jose. Southwest originally announced four California cities — Oakland, San Jose, San Diego and Sacramento — will fly to Hawaii, but service from the latter two hasn't been announced yet.

In April, Kelly said the introduction of more Hawaii service in part "depends"on when the 737 Max returns to service. Southwest doesn't fly the 737 Max to Hawaii (although it intends to one day), but the overall reduction in capacity across its network affected how the airline conducted additions to its network.

To further grapple with reduced capacity, Southwest is consolidating New York service into LaGuardia Airport and will stop flying in and out of Newark starting Nov. 3.

"The financial results at Newark have been below expectations, despite the efforts of our excellent Team at Newark," Kelly said in a prepared statement Thursday morning.

"I am grateful to our wonderful Newark Employees, who are a top priority, and will be given an opportunity to relocate to another station in our system, including LaGuardia Airport, where we are experiencing strong Customer demand," he added.

RELATED: Southwest cancellations will rise due to grounded Boeing jet