Good news if you want to take a Disney cruise out of Galveston!

Disney Cruise Line will depart from Galveston for another 10 years thanks to a new agreement.

GALVESTON, Texas — The Port of Galveston announced on Thursday it has made a new agreement with Disney Cruise Line extending their partnership for another decade.

There is also an option to renew the agreement for an additional ten years.

The new agreement outlines plans for a shared cruise terminal that will accommodate a ship about the size of the Disney Magic/Disney Wonder class of vessel.

Officials expect over the next five years, Disney will nearly double its sailings.

“September 22, 2012, marked the first time ever that a Disney Cruise Line ship set sail from the State of Texas with the maiden voyage of Disney Wonder. The Port has been seasonal homeport to both Disney Wonder and Disney Magic ever since. We are thrilled to be able to continue to give Texas and the southwest region of the United States the opportunity to experience Disney cruise vacations from their own backyard,” said Port of Galveston CEO/Port Director, Rodger Rees. “We are proud to be one of the few selected homeports for Disney Cruise Line.” 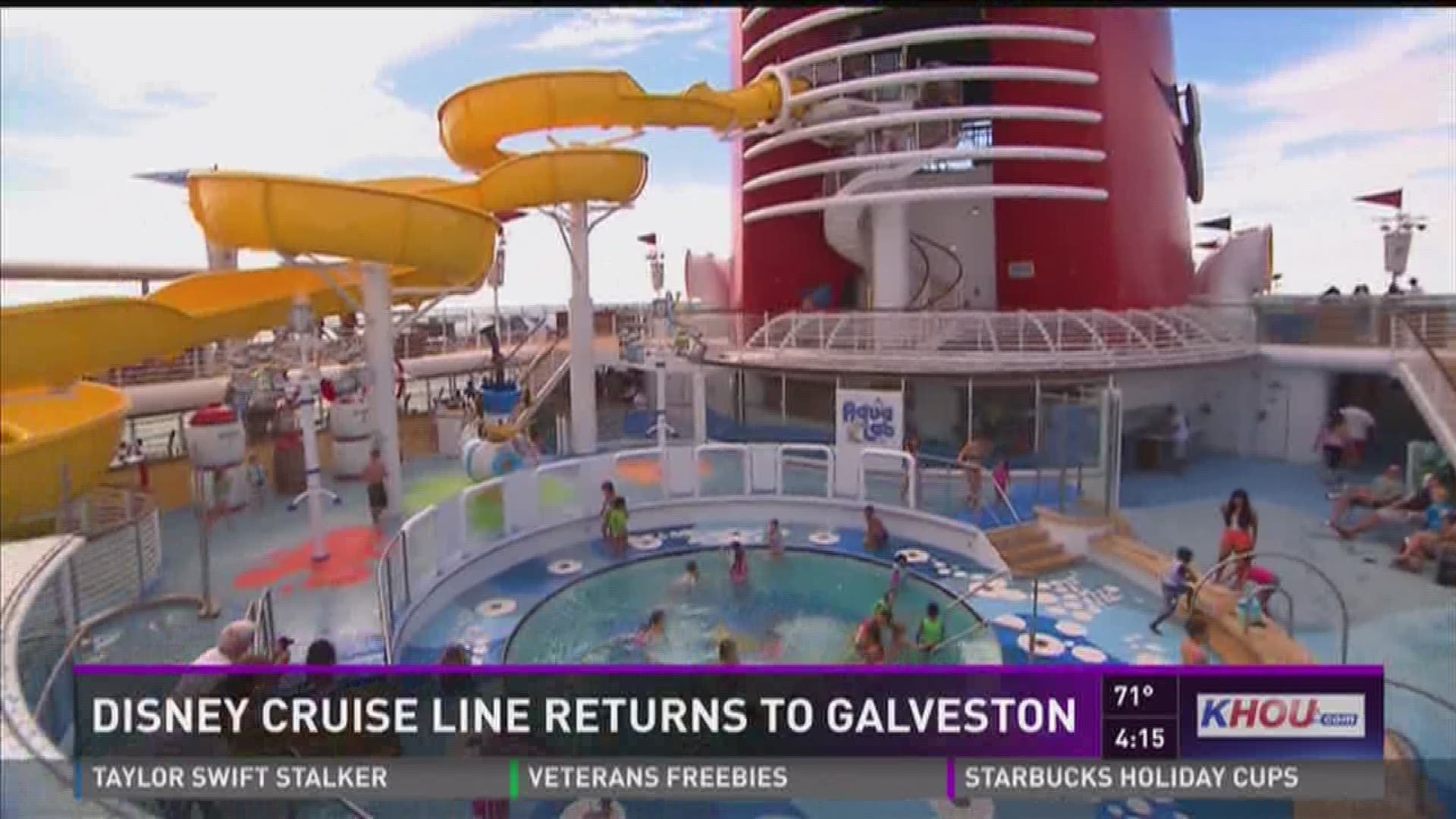 “Our guests have loved visiting Galveston and setting sail from this historic port to the western Caribbean, Key West, and the Bahamas,” said Jeff Vahle, president of Disney Signature Experiences and Disney Cruise Line. “As we plan to expand our fleet and introduce new experiences and entertainment aboard our ships, we couldn’t be more excited to extend our commitment with the Port of Galveston.”