The wreck appears to have involved several cars and an 18-wheeler. 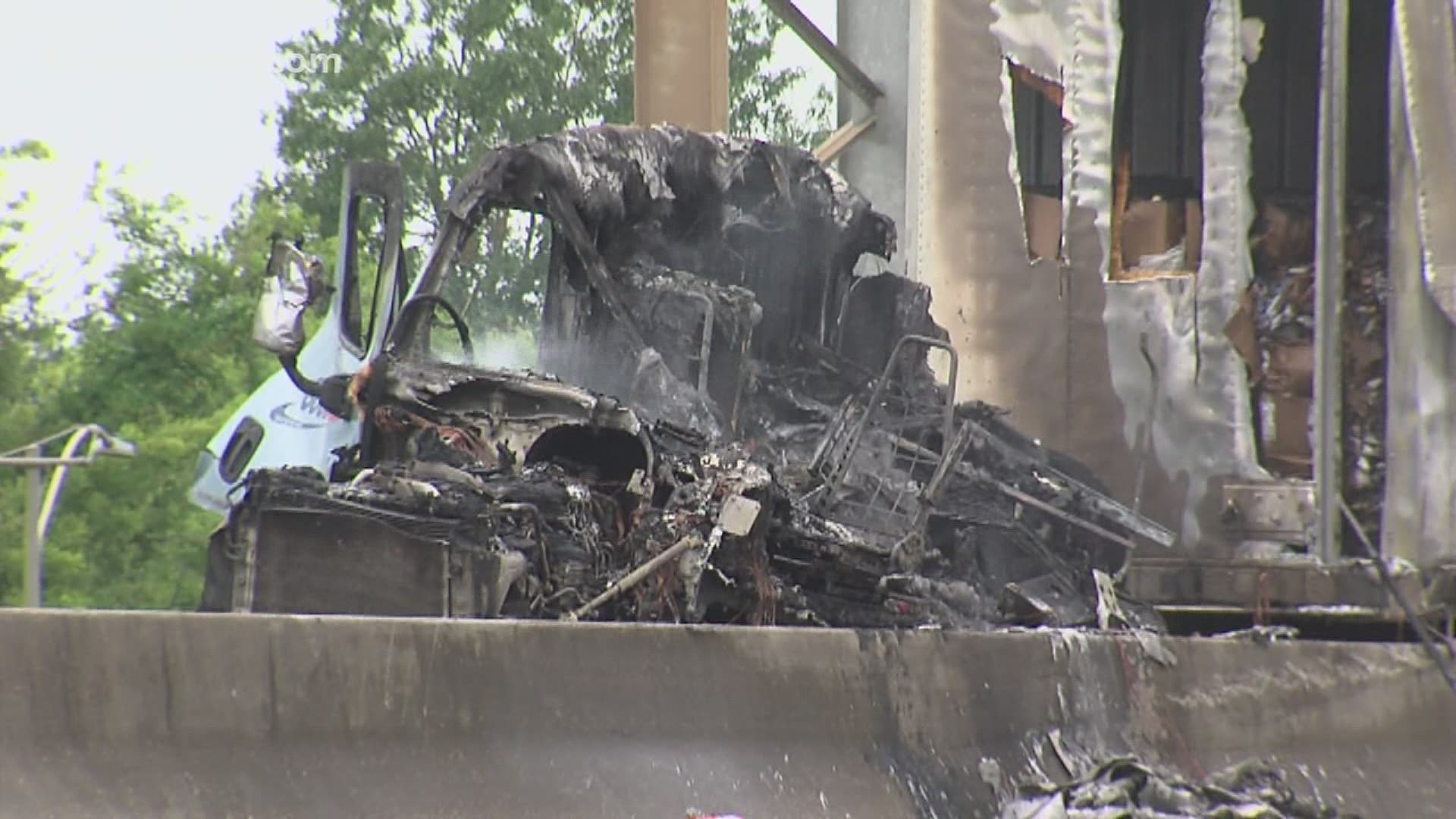 BEAUMONT, Texas — All lanes now open after what was reported as a "major hazmat incident"  shut down the interstate for more than five hours near downtown Beaumont on Thursday.

All westbound and eastbound lanes along I-10 in Beaumont are now open following the incident, according to Beaumont Police.

The wreck appears to have involved several cars and an 18-wheeler. Two women in an SUV were taken to the hospital with minor injuries, Beaumont Police officer Carol Riley told 12News.

Police received a call about the wreck along the interstate around 11:24 a.m. Thursday morning.

By about 12:15 p.m. police had reopened one westbound lane of traffic and about 30 minutes later one eastbound lane was opened.

The cab of the 18-wheeler caught fire and appears to have been completely destroyed.

Police say the wreck does not involve any fatalities.

BEAUMONT:crash on I10 near Willow. Expect delays in both directions