Truck catches fire, explodes on I-10 in accident

BEAUMONT, Texas — A pickup truck caught fire and exploded during an accident on I-10 in Beaumont early Sunday morning.

The truck hit the liftgate of a non-CDL box truck, Malcom Byron said. Byron said he was a passenger in the box truck headed to Atlanta. Their trip was delayed by the accident, he said.

Byron said the driver of the truck was speeding and estimates he was going 80-90 mph when the pickup hit the box truck.

No injuries were reported, and both parties refused medical treatment, Bryan said.

Post by 12NewsNow.
Pickup explodes in flames on I-10 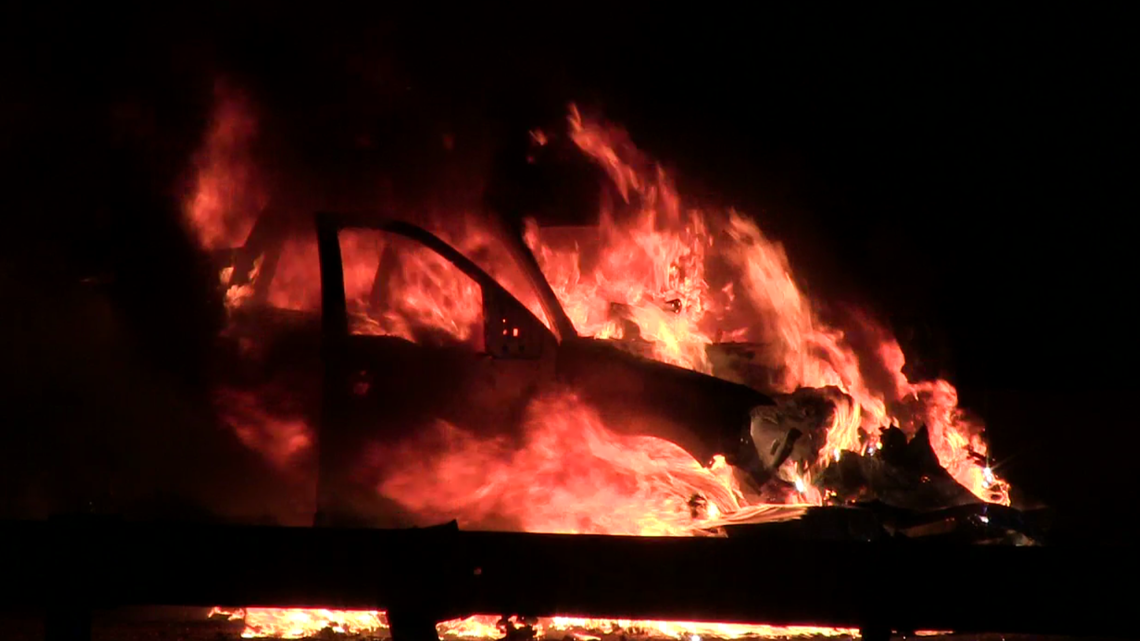 RELATED: Couple crashes into front of Orange restaurant while customers were eating lunch