Six people were injured, an Acadian Ambulance spokesperson said. Five were taken to the hospital in an ambulance and one by helicopter. 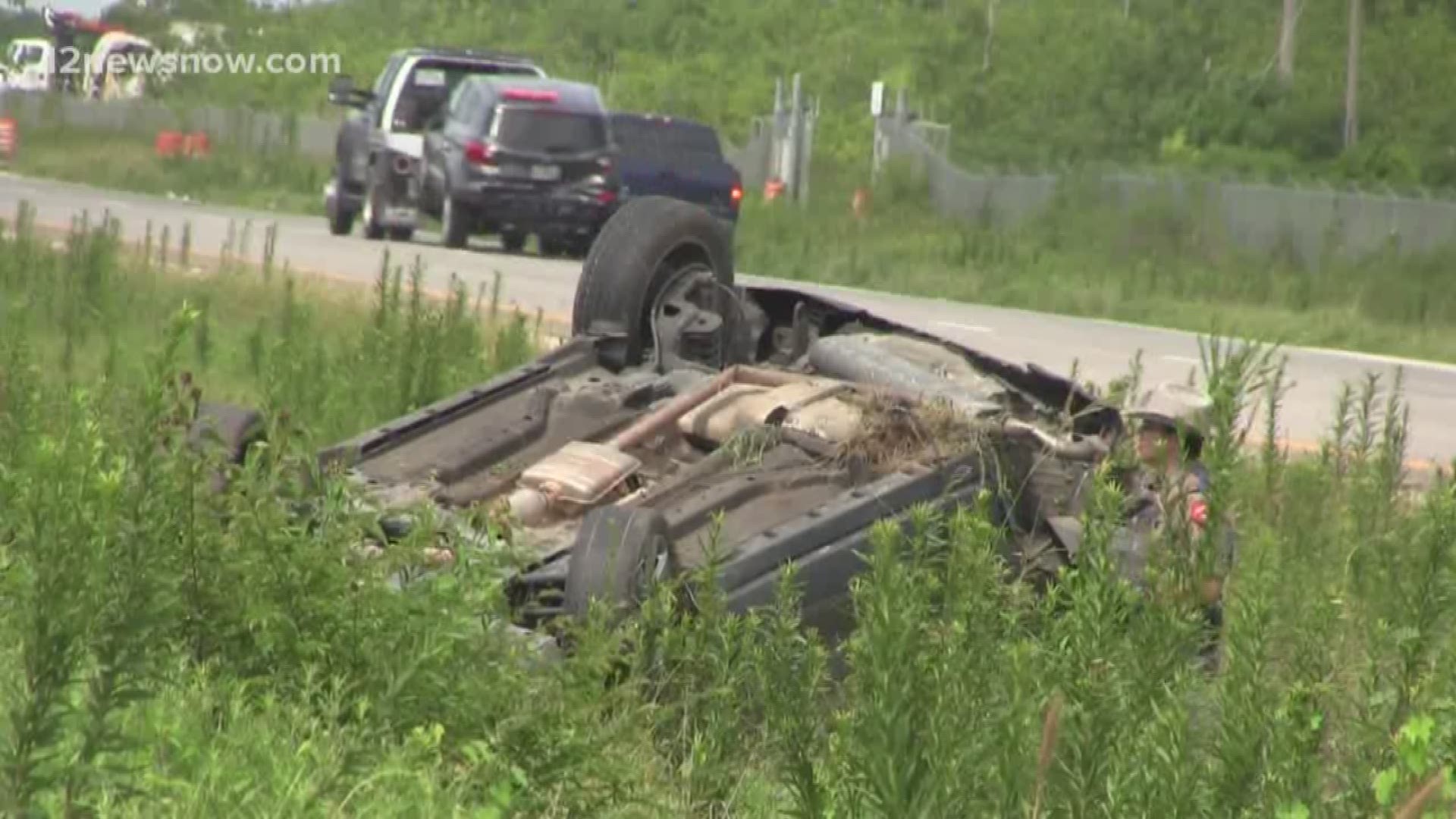 JEFFERSON COUNTY, Texas — All eastbound lanes of TX 73 have now reopened after being closed about three hours earlier today after three vehicles were in an accident west of Taylor's Bayou Tuesday morning.

A semi-tractor trailer and a Buick SUV were stopped in the eastbound lanes of traffic on TX 73, waiting for an oversized load to cross the highway. Then a van driving a trailer plowed into the Buick at high speeds, pushing it into the ditch where it rolled several times before coming to rest, Davis said. The van also rear-ended the stopped 18-wheeler.

Six people were injured, an Acadian Ambulance spokesperson said. Five were taken away from the scene in ambulances and one by helicopter.

The driver of the Buick, Dominique Celestine, 27, of Beaumont, was taken by ambulance to St. Elizabeth's hospital with serious injuries, Davis said.

The driver of the van, Christopher Smith, 47, of LaPorte, was also taken by ambulance to St. Elizabeth's hospital with serious injuries.

Three of the four passengers in the van, Brandon Snider, 35,Christopher McDonald, 22, and Preston Bennett, 41, were all taken to the Southeast Texas Medical Center with unknown injuries, Davis said.The fourth passenger in the van, Thomas Hersey, 61, of LaPorte, was taken by medical helicopter to St. Elizabeth's hospital in Beaumont with serious injuries.

The driver of the 18-wheeler was not injured in the crash, Davis said.