"As the day goes along and just everything starts wearing off, I realize how much more blessed I am," said crash survivor David Trotter. 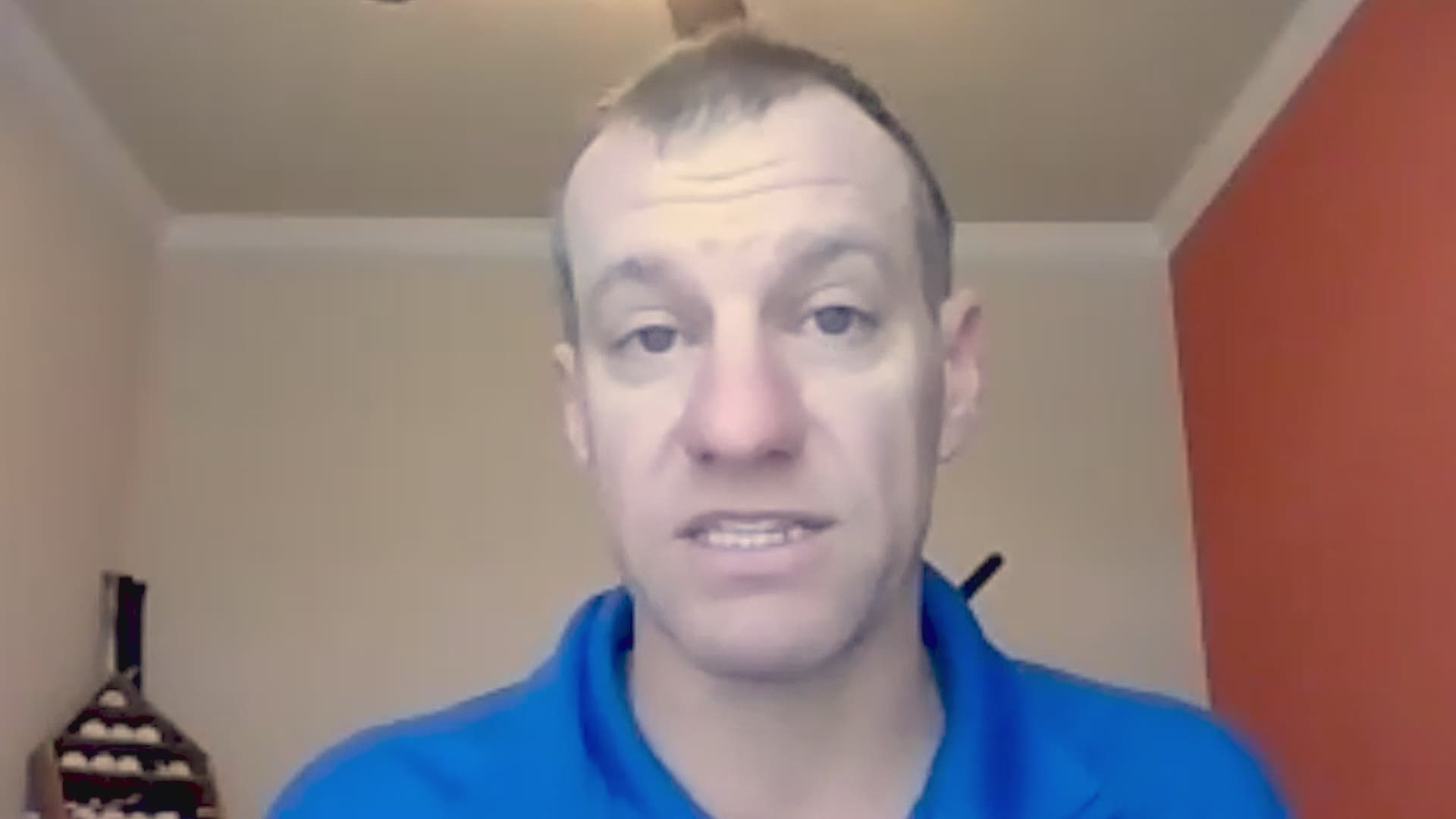 FORT WORTH, Texas — The horror of the early Thursday morning pileup on an icy Fort Worth freeway only became truly evident to some of the survivors when they made it home to their loved ones and saw the full scope of the disaster in aerial pictures on television. Among them, David Trotter of Keller.

"So there was no lights. You couldn't see anything," he said of the crash that left him pinned near the very end of the pileup. His pickup truck was not heavily damaged but it was wedged between several other vehicles.

Then, in his side-view mirror, he saw a FedEx big rig approaching at high speed from behind.

It narrowly missed him.

"Honestly, [I was] just waiting for it to whack me too. And it never did," he said.

The big rig hit the median and then plowed into multiple other vehicles at high speed, flipping two and crushing another.

RELATED: 'A tragic day for the Fort Worth family': At least 6 killed in 133 vehicle pileup crash on I-35W in Fort Worth, officials say

"Everything probably happened in 10 seconds, 15 seconds. But it felt like an eternity," Trotter said.

An eternity that ended with his pickup truck pinned between the right side of the semi-trailer and several other vehicles. The semi came to rest just two feet from his truck.

"I don't think words can express how fortunate I am, how lucky I am," he said. "As the day goes along and just everything starts wearing off, I realize how much more blessed I am."

Alicia Stone is also among the blessed.

RELATED: Woman survives 100-plus-car pileup, crawls out back window on I-35 in Fort Worth

"I got hit probably four or five times from behind, you know, from people just piling up," she said.

Her car was so mangled she had to crawl out a shattered back window. Her husband, a MedStar employee, was among the first responders who rushed to the scene.

"I think it's still just kind of processing," she said as she became emotional recounting her survival. "It just could have been way worse."

It was worse for a growing number of victims: officials said the crash claimed six lives as of Thursday night.

And while you may see the social media video of the worst parts of this disaster on national news coverage, you will not see the FedEx truck collision in this story. We don't know the fate of the people, our North Texas neighbors, in the cars that the Fed Ex truck ran over.

"It's gonna make national headlines," Heath Stone said of the crash his wife escaped with just bumps and bruises. "But my headline is, my wife is home safe."

Authorities are asking anyone who suspects their loved ones might have been involved to call 817-546-7826.