It's going to cost $80,000 to install new speed limit signs. Why does it cost so much and where's the money coming from? 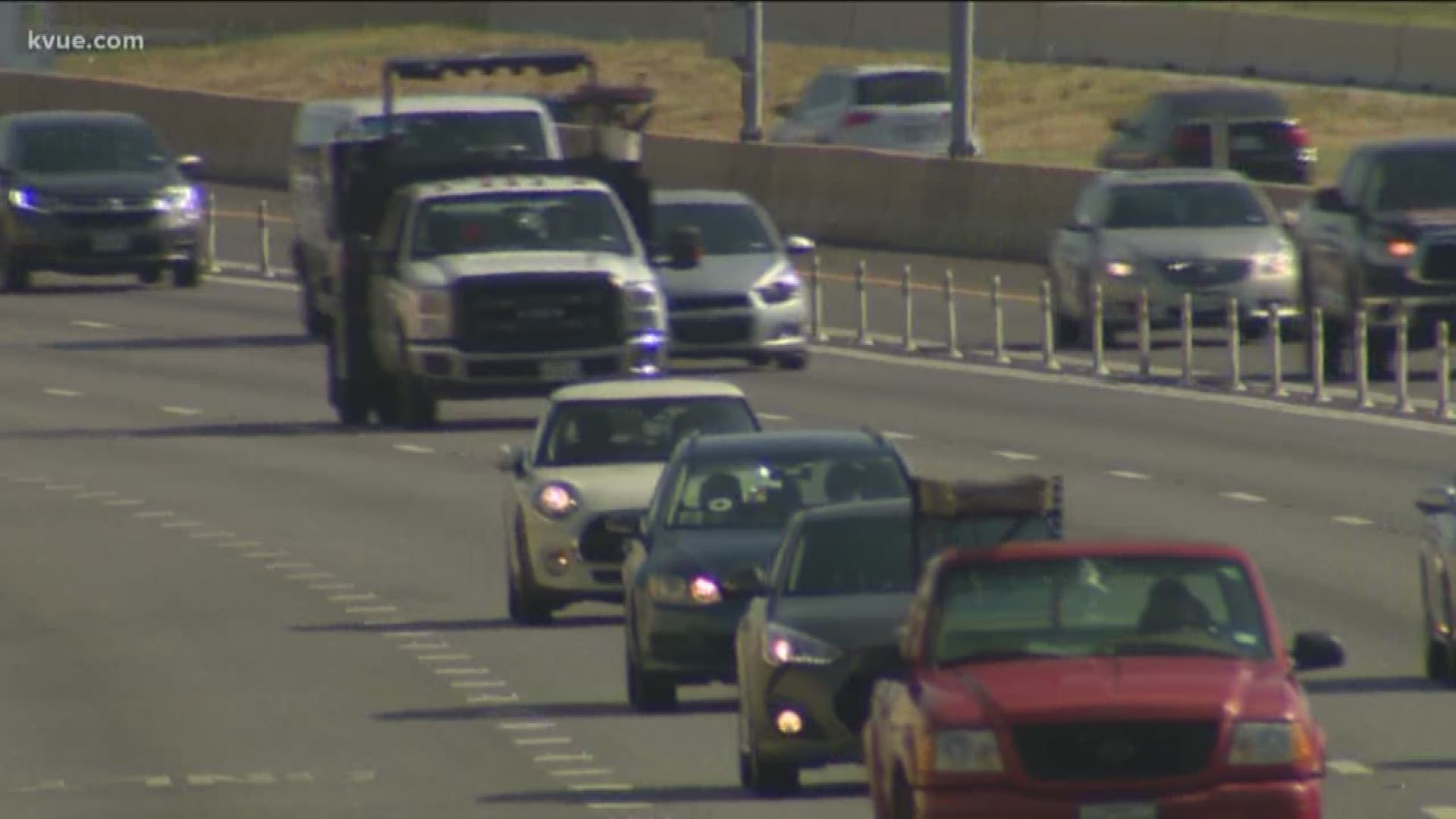 AUSTIN, Texas — You can soon drive a little faster in the MoPac Express toll lanes, but the change doesn't come cheap.

It turns out it's going to cost $80,000 to place those speed limit signs along the road. Justin Word, the director of engineering for Central Texas Regional Mobility Authority (CTRMA), told KVUE that most of the money is going toward paying contractors and it is not for the signs themselves.

The signs will say, "just for the express lanes" and will have the new minimum of 55 mph included as well. KVUE is told contractors will have to close the lanes down and put up more than a dozen signs on both sides of the highway.

“It's a real busy corridor and it costs quite a bit to actually shut the lanes down to put the signs in, so the bulk of that cost is to get our contractor out there safely with police and pay for all that effort,” Word said.

Word said the signs should cost $20,000 to make and install. The signs will be found on an 11-mile stretch of road from Parmer Lane to Cesar Chavez Street.

The money is coming from what CTRMA generates from the tolls and is going back into the highway. Drivers can expect to see the signs go up in the next three to six months.

The agency approved increasing the speed limit in the toll lanes from 65 to 70 mph last month.

“The goal behind this was to match what people, a reasonable and prudent driver, wants to drive out there ... our speed study was 70," Word said. "So it’s safer to go out and match our speed limits with what people want to drive and can safely drive."

The plan is to close one lane at night when the highway isn't very busy.

After more reports of dog deaths to algae exposure, expert says nutrients are to blame