I-10 westbound fully reopened near FM 1442 in Orange Co. after hours of lane closures 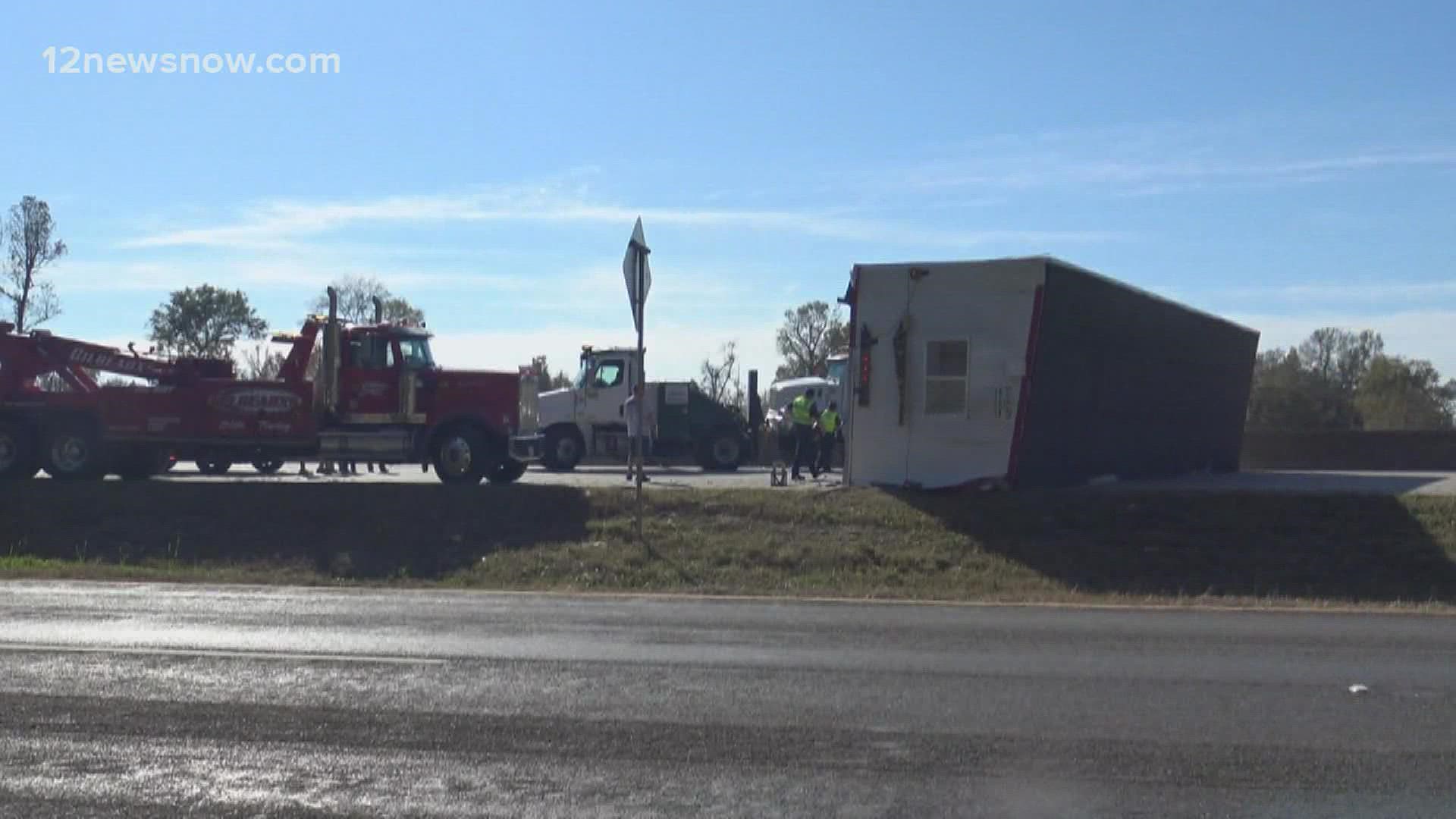 ORANGE, Texas — Crews have reopened the westbound lanes of I-10 near FM 1442 in Orange County after a rollover crash Monday morning.

According to a news release, the preliminary investigation indicates that at approximately 9:30 a.m., a 2000 Peterbilt truck tractor semi-trailer, towing a mobile home, was traveling west.

It’s reported that another truck tractor semi-trailer struck the back left of the mobile home while attempting to pass, causing the mobile home to spin around and overturn on its right side, which then caused the Peterbilt to strike the inside barrier.

The truck tractor semi-trailer which struck the mobile home has not been located.

The driver of the Peterbilt, identified as 46-year-old Paul Aubry of Beaumont was transported to Baptist Hospital for treatment.

I-10 westbound fully reopened near FM 1442 in Orange Co. after hours of lane closures