The wreck happened around 8:40 p.m. Wednesday, 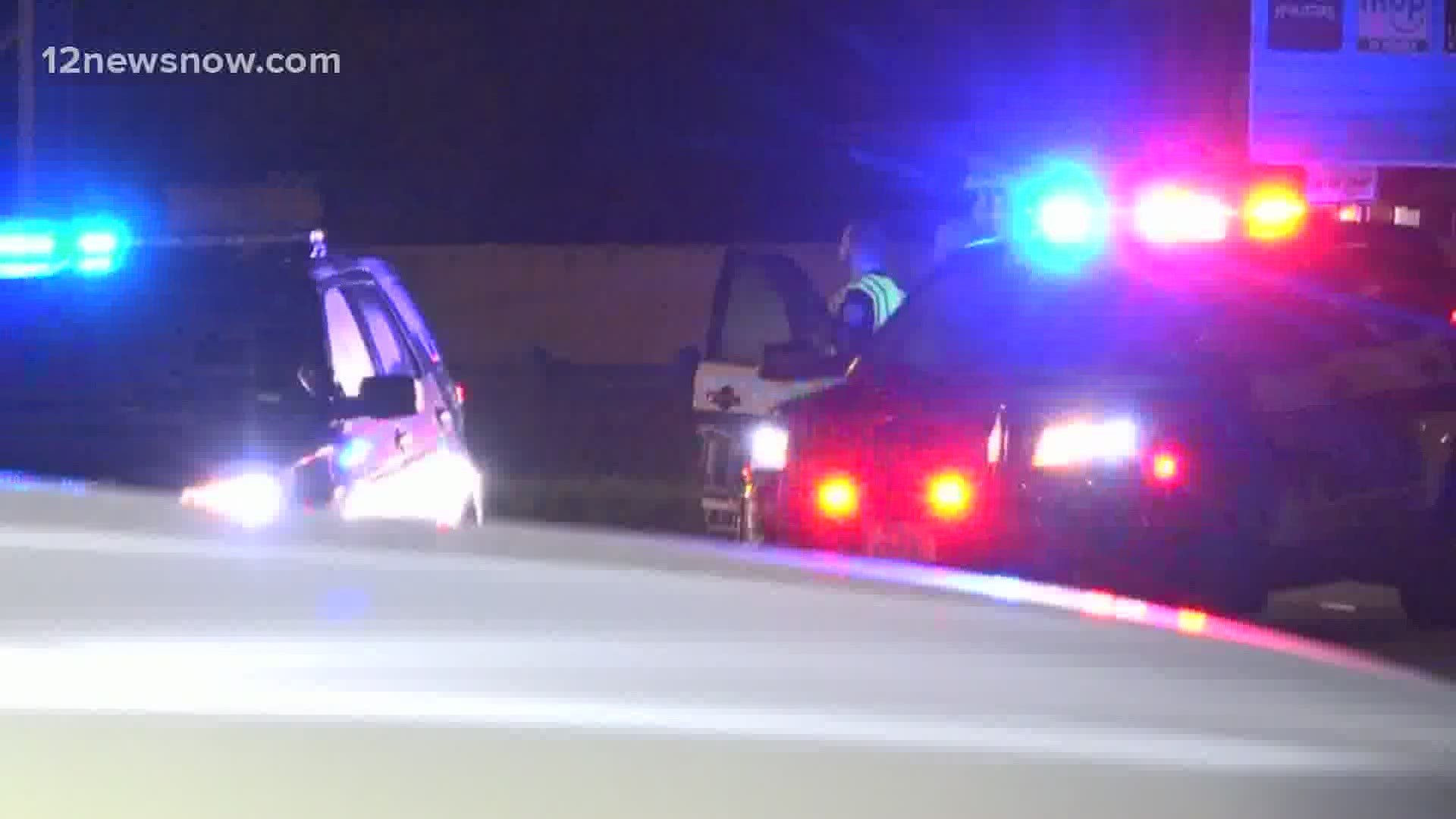 BEAUMONT, Texas — A Beaumont man was killed in a wreck Wednesday night along Eastex Freeway in Beaumont.

Police and firefighters were called to a wreck along Eastex Freeway in front of Kinsel Toyota around 8:40 p.m. Wednesday night.

Nelson Wheaton, 56, of Beaumont, was killed in the wreck according to Jefferson County Precinct One Justice of the Peace Ben Collins, Sr.

Wheaton was driving a 2004 Chevrolet Suburban south on the access road at a high rate of speed when he lost control and rear-ended a 2002 GMC Yukon according to a Beaumont Police Departmnent news release.

He was pronounced dead at the scene police said.

The 27-year-old Beaumont man who was driving the Yukon was taken to a Beaumont hospital  and treated for his injuries according to the release.

An autopsy has been ordered according to Collins.

Based on the scene, Wheaton was traveling at a high rate of speed and lost control.

Wheaton was pronounced deceased at the scene and the other driver was transported to the hospital and treated for his injuries.

Next of kin was notified and Judge Collins ordered an autopsy.