The man was helping to clean up after a wreck when he was struck by a car that ran a red light. 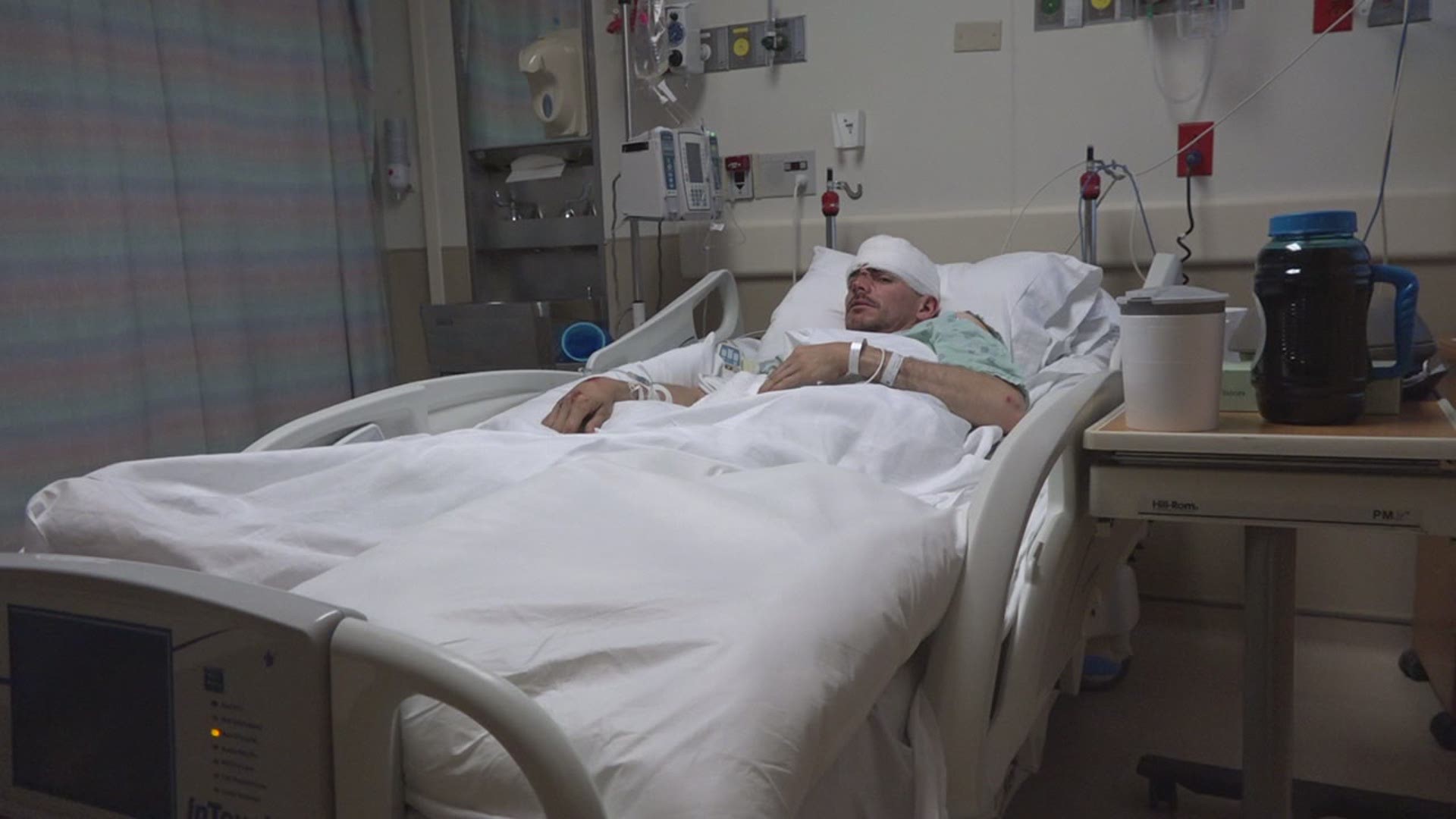 BEAUMONT, Texas — A Lumberton man is recovering in a Beaumont hospital after being hit by a car while helping out after a wreck Tuesday morning.

Steven Hardy, 37, tells 12News he was helping firefighters clean up debris in the street after an accident in south Beaumont and the next thing he knew , he was in the hospital.

He was simply trying to do what any Good Samaritan would've done.

"I'm asking the firefighter for a broom and help sweep up the debris because it got slung all over the road," said Hardy. "I woke up in the hospital."

Emergency crews responded to a three-vehicle crash Tuesday morning near that intersection.

Hardy says he was grabbing breakfast at Gator's convenience store, at the corner of Fannett Road and Cardinal Drive, when he heard the wreck.

As the wreck was being cleaned , at about 6:15 a.m., police say Hardy was struck by a Buick LeSabre that ran a red light.

"I want to let the public know that they got to be careful when it comes to the police department and fire department to be cautious," Hardy told 12News. "Stuff like this could happen to the next person if they're not watching."

Hardy was taken to CHRISTUS St. Elizabeth hospital with a serious head injury and cuts to his hand and knee.

He say the situation could've ended differently and is happy that he still gets to spend time with his family.

"It's just as easy that I could not be here…I am alive and I'm able to go home and spend time with my wife," Hardy said.

Hardy's wife has remained by his bedside and he is expected to stay in the hospital until at least Friday.