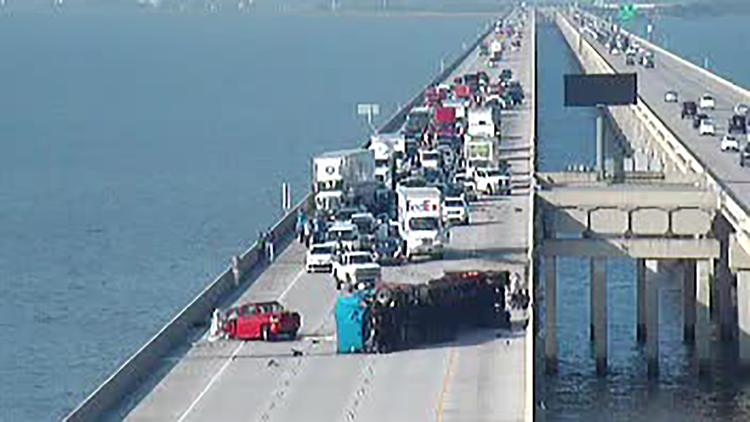 NEW ORLEANS — Two people were taken to the hospital after a crash on the Interstate 10 Twin Span Bridge caused an 18-wheeler to overturn Friday morning.

Traffic cameras show the overturned truck and a damaged pickup blocking traffic near mile marker 256 on the bridge around 8:30 a.m. Traffic began passing on one lane about an hour later.

The bridge was fully reopened around 1:30 p.m.

The twitter account also shared a photo from the scene showing a fluid leaking from the 18-wheeler.