In 1980, a Garfield High School student was on a field trip in Vantage when Mount St. Helens erupted. The teen took incredible photos of ash billowing in the air. 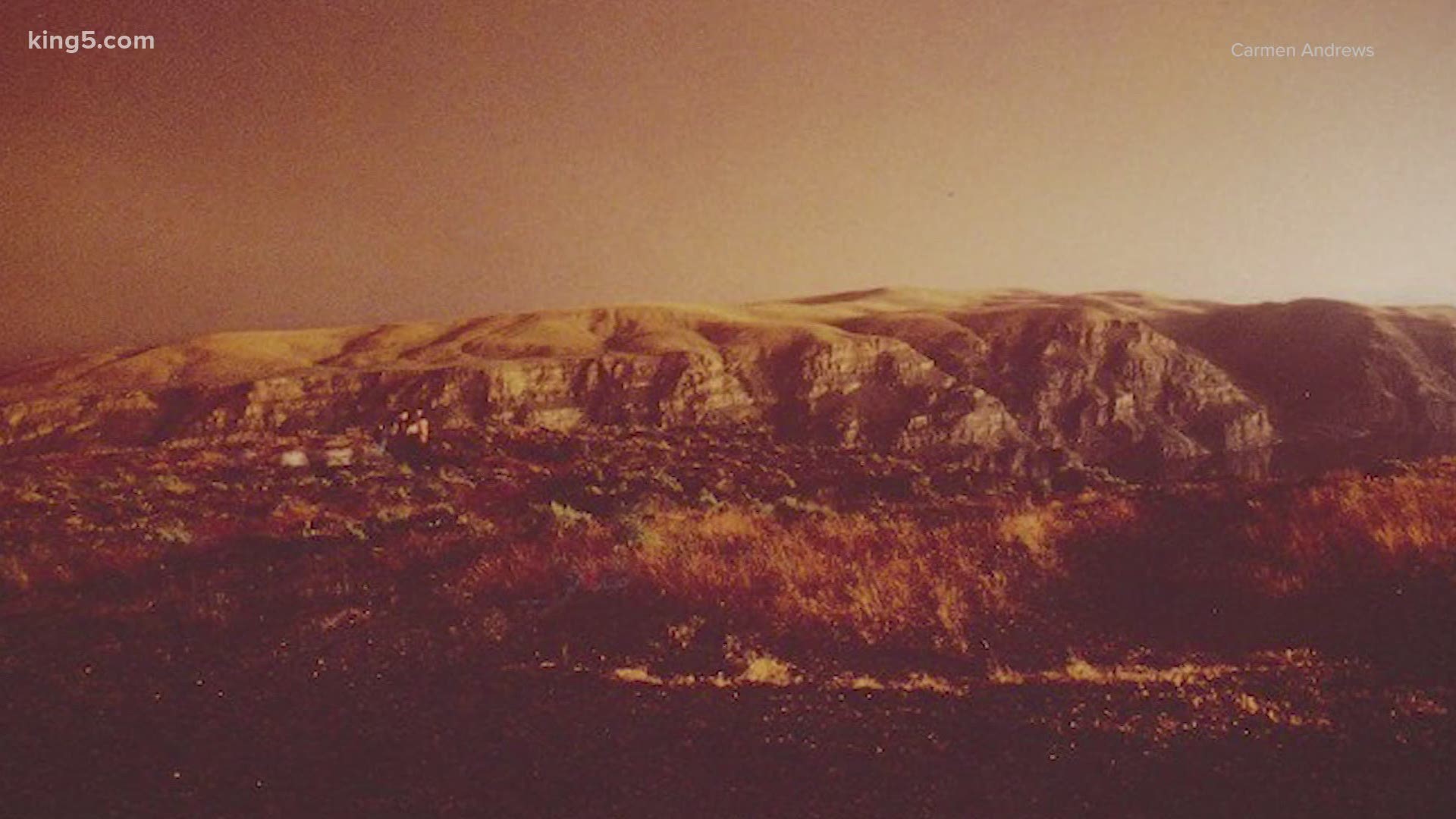 A Seattle high school student captured incredible photos of the 1980 Mount St. Helens eruption while on a class field trip in Eastern Washington.

The volcano eruption on May 18, 1980, killing 57 people and causing an estimated $1.1 billion in damage. Ash blanketed the Pacific Northwest and stretched into 11 states and Canada.

Carmen R. Andrews, who was 14 years old at the time, said she and her classmates from Garfield High School were on a biology field trip to see the diatomaceous earth outside of Vantage, Washington when the eruption took place.

“We actually heard the eruption as we were packing up to go home but it wasn't loud enough to really register as something big at the time," Andrews said.

Andrews’ photos show ash billowing into the air as well as blanketing the town after the volcano erupted. They tried to drive home, but ended up stranded in Vantage as ash swept east. They stopped at an overlook, where she took the striking images.

"At first we thought we were in some sort of a sandstorm. Then the hair started standing up on our heads, and there was pink lightning going kind of horizontally through the clouds, which was a bit creepy," she said. "We decided, oh we better take pictures and get out of here."

She said as they took the photos the group had no idea the volcano had erupted. Only once they returned to the car did they find out what happened on the radio.

Looking back, she's still in awe of the moment and to witness to such a momentous piece of Northwest history.

"I can put myself back there, that picture of us on the bluff looking over the Columbia River Gorge," she said. "It was so quiet, just eerie. It feels like we were in Land of the Lost."