The dinosaur fossil was originally discovered 35 years ago in Big Bend. 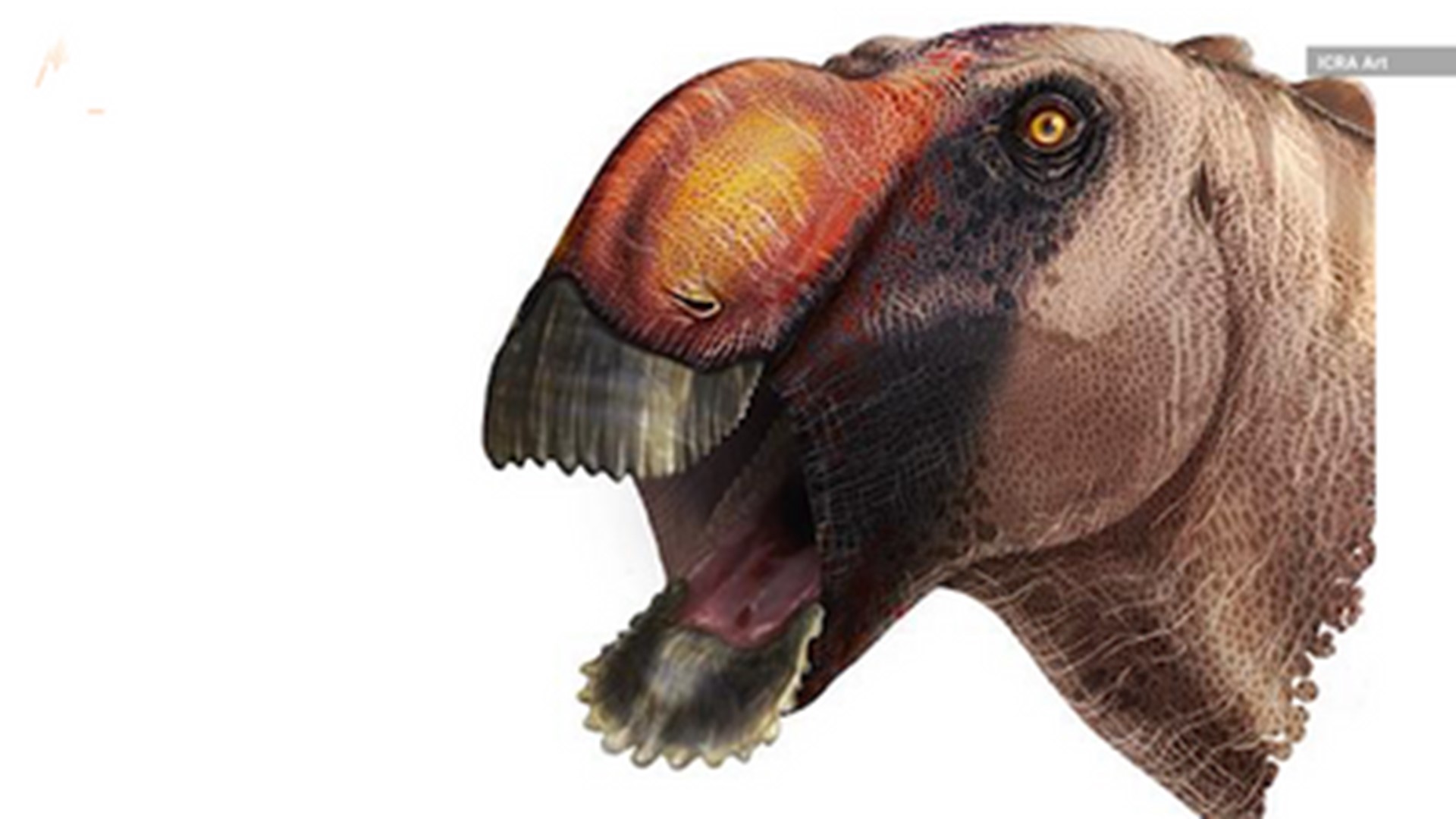 AUSTIN, Texas — A duck-billed dinosaur from Big Bend National Park has been revealed by the Journal of Systematic Palaeontology as a new species, according to a press release by Taylor & Francis Group.

The new genus and species is identified as Aquilarhinus palimentus, named for its eagle-like nose and wide lower jaw.

In the 1980s, Tom Lehman was a master's student at Texas Tech University conducting research on rock layers at Rattle Snake Mountain. It was there that he discovered badly weathered bones that were stuck together, making it impossible to identify.

In the 1990s, research revealed an arched nasal crest thought to be distinctive of the hadrosaurid Gryposaurus. After more time was spent to identify the specimen, it wasn't till recent analysis that researchers were able to determine the fossil to be more primitive than Gryposaurus and the two major groups of duck-billed dinosaurs.

Life-like dinosaurs move into Houston Zoo for the summer

“This new animal is one of the more primitive hadrosaurids known and can therefore help us to understand how and why the ornamentation on their heads evolved, as well as where the group initially evolved and migrated from,” said lead author Dr. Albert Prieto-Márquez from the Institut Català de Paleontologia Miquel Crusafont, near Barcelona.

According to the press release, researchers believe the duck-billed dinosaur would have been shoveling through loose, wet sediments to scoop loosely-rooted aquatic plants from the tidal marshes of an ancient delta, where today lies the Chihuahuan desert.

When the dinosaur died, it's believed the bones were transported downstream by the tide and became lodged in vegetation.

The Aquilarhinus palimentus specimen is housed at the Texas Vertebrate Paleontology Collections at the University of Texas at Austin.

Woman says she was viciously attacked while tubing in New Braunfels