The joyous reunion was just half of the happy ending for Anthony and Bobo. 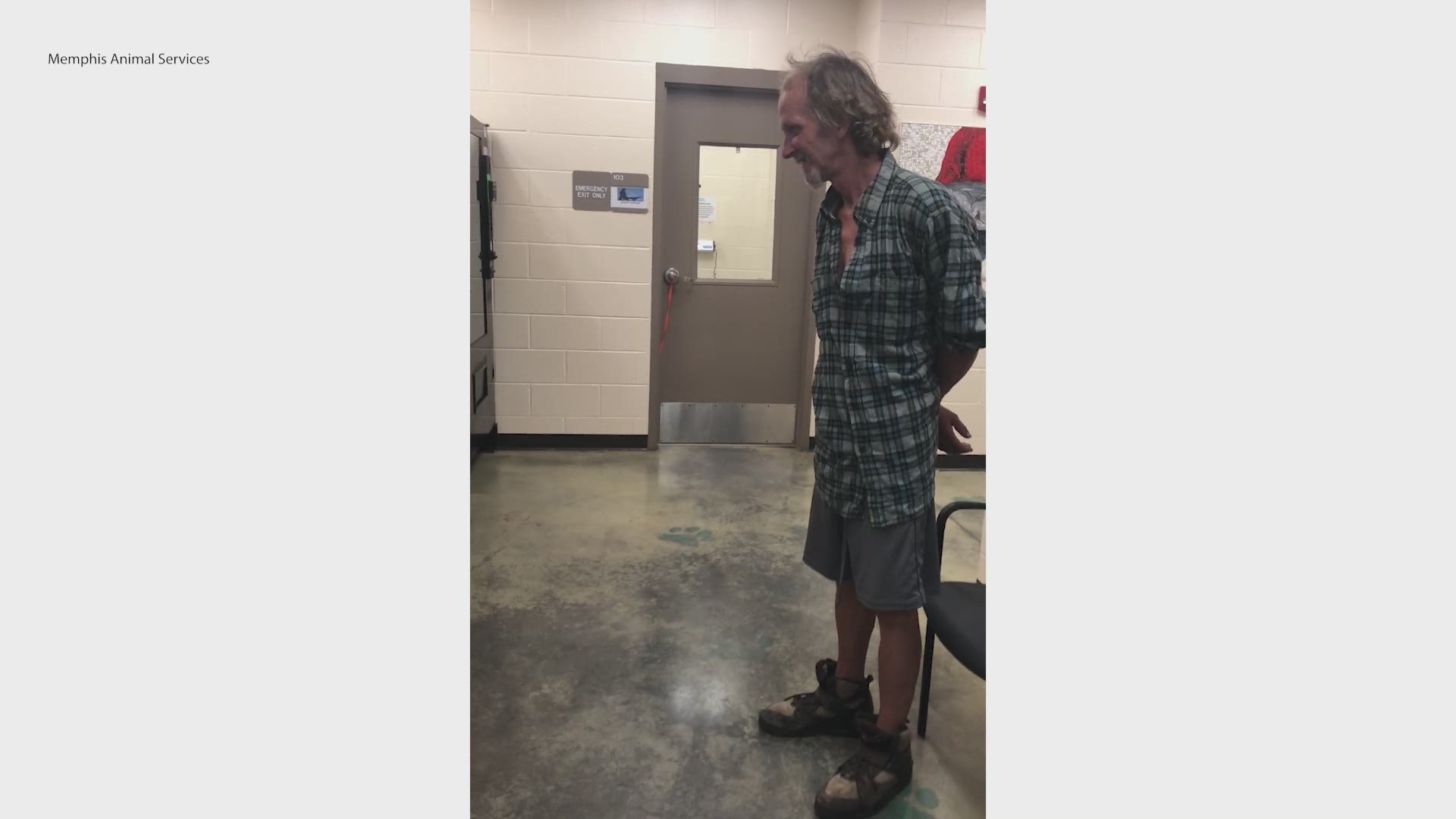 MEMPHIS, Tenn. — After searching high and low for his missing dog, this man was reunited with his furry friend in a heartwarming moment caught on camera.

Anthony, who is homeless, has been living on the streets of Midtown Memphis, Tenn. with his dog Bobo, whom he rescued from a drug house, according to neighbors.

Recently Anthony awoke to find Bobo was missing. Upset, he contacted friends to help him search for Bobo, talked to neighbors and hung "missing" signs.

News of Bobo's disappearance circulated among neighbors, many of whom are friendly with Anthony. Eventually, Emily Ziegler, an employee at Memphis Animal Services, recognized one of the dogs recently dropped off at the shelter as Bobo.

RELATED: This veteran reunites soldiers with beloved street dogs they left behind on the front lines

She called the number on the missing posters and Anthony's friend gave him a ride to the shelter where he was reunited with his beloved friend.

Bobo's reaction to seeing his owner was nothing short of joyous. He immediately ran to Anthony and jumped into his arms, tail thumping back and forth.

The shelter neutered, micro-chipped and vaccinated Bobo and gave Anthony a year's supply of HeartGuard and flea/tick prevention medication.

Bobo's heartwarming reaction was caught on camera by Emily and posted online, where it accrued thousands of views. As Anthony's story gained traction online, some of the neighbors in the area began to brainstorm ways they could further help him get back on his feet.

Rebecca, who described Anthony as a "fixture in the community," said the money will be placed in a trust and used to help Anthony get a home.

Rebecca said she hopes the story will encourage people to be more understanding towards people experiencing homelessness.

"I hope in a broad sense [people] will look at homeless people differently," she said.

To contribute to the fundraiser for Anthony and Bobo, click here.