The Cardinals will head back on the road to Huntsville, Texas to square off against Sam Houston on Wednesday, February 17th with tip off slated for 6:30 p.m. 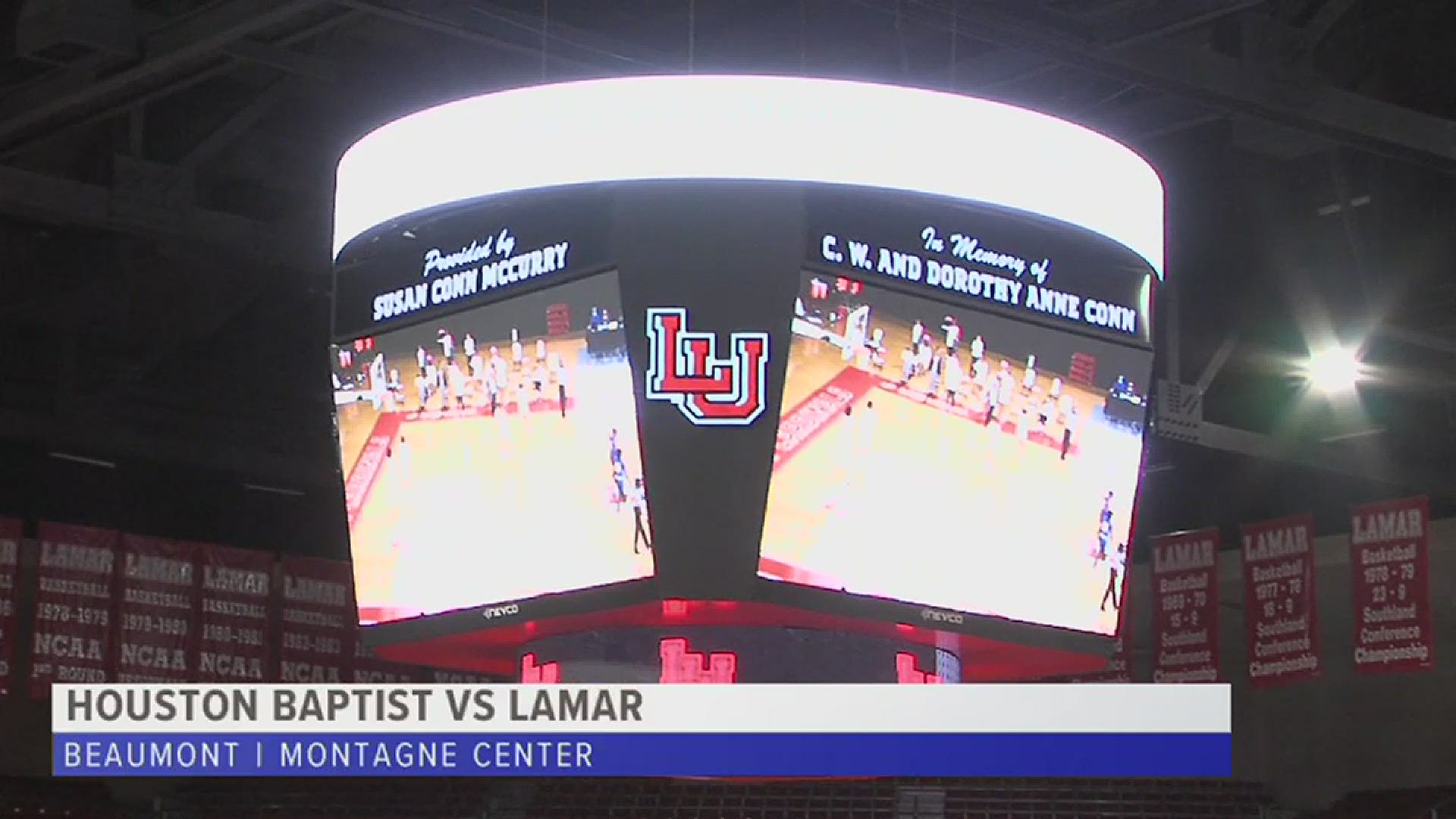 BEAUMONT, Texas —  Led by freshman Bebe Galloway and redshirt junior Micaela Wilson, the Lamar University women's basketball program got out to a hot start and never looked back as they took a convincing 83-54 win over Houston Baptist on Saturday afternoon at the Montagne Center.

The Cardinals jumped out to an early 10-2 lead over the Huskies going into the first quarter media. Lamar went to work early as Wilson tallied 10 points and pull down six boards in the first period alone, while holding HBU to just 20 percent shooting from the field. The Cards knocked down only 39 percent from the field but hit 75 percent from the line. Lamar outrebounded the Huskies 16-8 in the first. Galloway tallied four points in the first to help propel the Cards to a 17-9 lead going into the second.

Lamar picked up where they left off, jumping out to a double-digit lead with 8:24 left in the second quarter. Galloway led the Cardinal charge as she tallied eight points and added five rebounds to her stat line. The stout Big Red defense gave up more shots, but still limited the Huskies to 38 percent shooting from the field. The Cardinals tallied 14 points in the paint compared to HBU who tallied just eight. Lamar took a 11-point lead over the Huskies, 37-26, into the half.

The Cardinals used an 8-5 run to extend their lead to 42-34 to open up the third quarter. Wilson recorded her third double-double of the season after she pulled down four rebounds to help Lamar outrebound HBU in the third, 11-5. Again, the stout Cardinal defense proved tough to beat as they limited the Huskies to just 23 percent shooting from the field while in turn producing 28 points on offense on 77 percent from the field.

Heading in the final quarter of play, the Cardinals had a 65-39 lead and did not look back as they held the lead for the entirety of the contest. The Cardinals continued to dominate on the boards as they outrebounded HBU in the fourth quarter, 13-9, while allowing the Huskies to hit 36 percent of their shots from the field. Wilson continued to shine for the Cardinals as she added seven points and two rebounds to her line. The Cardinals saw their biggest lead of the contest come in the fourth as they lead as much as 32 points at the 4:14 mark en route to a convincing, 83-54, victory over Houston Baptist.

Galloway tallied a career-high 24 points in the contest and pulled down a career-high 13 rebounds on the afternoon. Wilson tallied her third double-double of the season with 24 points and 12 rebounds.

UP NEXT: The Cardinals will head back on the road to Huntsville, Texas to square off against Sam Houston on Wednesday, February 17th with tip off slated for 6:30 p.m. The Bearkats captured the first contest of 2020-21 between the teams in overtime, 83-80, back on January 13th.