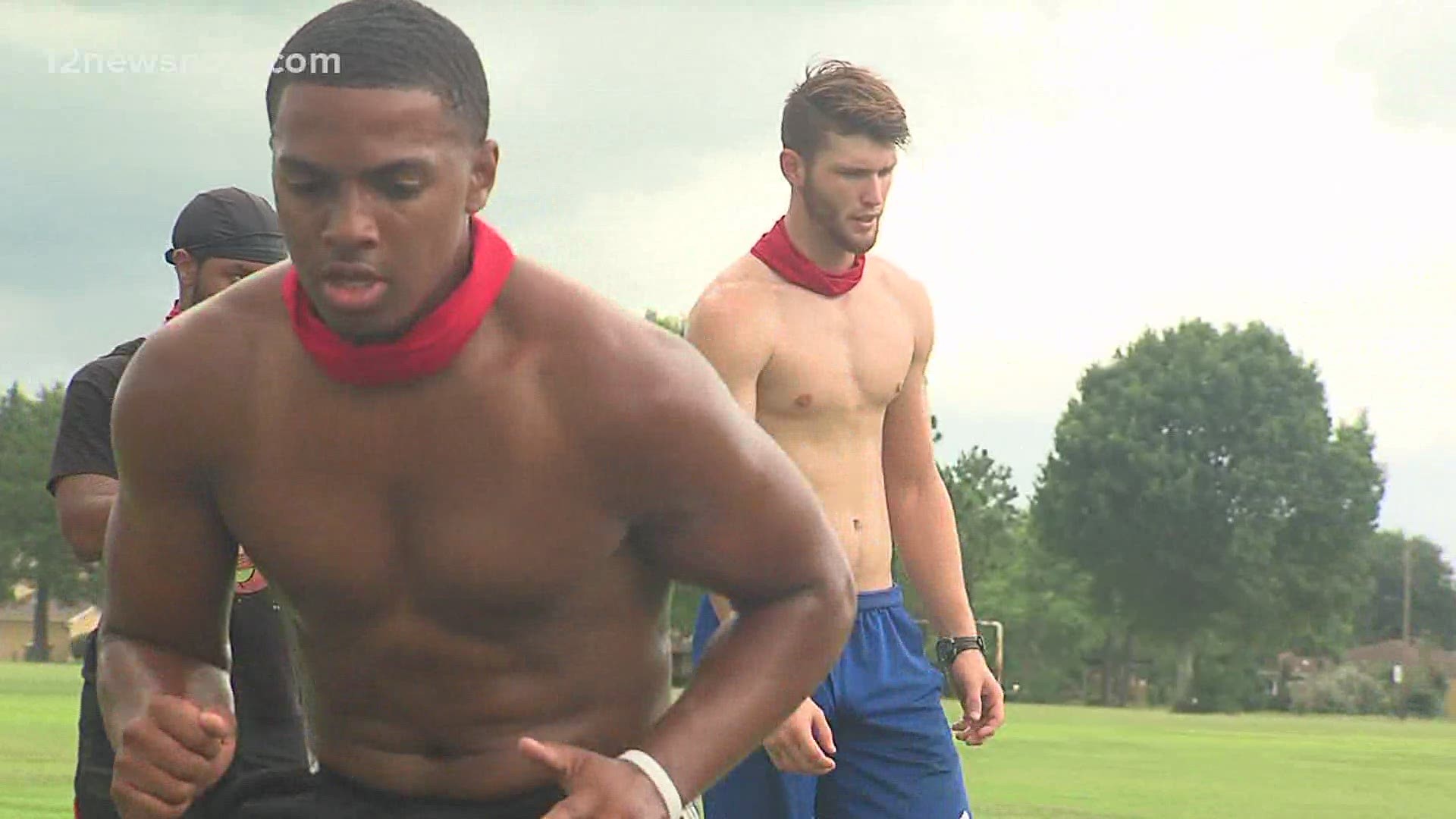 Ever since his freshman season, West Brook's Bryce Anderson has been one of the most highly sought after high school prospects in the nation.

The four-star recruit and fourth best safety prospect according to 247 sports, has already verbally committed to LSU over teams such as Alabama, Ohio State, Texas, Stanford and many others.

Most recently, Anderson committed to play in the 2022 Under Armour All-America game. The game will feature the top 100 players in the nation and is one of the two premier high school football all-star games in the country.

"It's a huge accomplishment," Anderson said. "It's always been one of my goals as a little kid."

Anderson will join a long list of NFL Pro Bowler's and first-round draft picks who once competed in the game and will be coached by either NFL Hall of Famer's Deion Sanders or Ed Reed.

"I look forward to being coached by the best and critiquing the little things I need to work on," Anderson said.

#AGTG This is truly a Blessing and a Honor and has always been a Dream & Goal of mines‼️ With that being said.., I will be Committing to the UA All-American Game‼️ #IWILL 🌴🌞 pic.twitter.com/f1dpu7EBbB

Anderson recently had a chance to meet and be critiqued by Sanders after taking part in the ESPN Elite Underclassmen camp in Durant, Oklahoma.

I will be attending the UA Camp this Sunday‼️ pic.twitter.com/nIgALnNVWW

"He was helping me with my game and critiquing all the little things," Anderson said. "Helping me fix some stuff I need to fix. My eyes, my hands, my hip fluids, how to be in and out of my breaks faster. All of those things you're going to need to get to the next level."

Before going to the next level in 2022, West Brook head coach Eric Peevey will have Anderson split time between quarterback and safety, where he'll be looked at as one of the teams leader's as they try to make another run at state.

For more information regarding the UA All-America game:

All-America Football Game | All-America Football
Only the nation's elite are selected to compete The top 100 players in the nation will compete in Orlando with the best coaches, players, and gear in the game Players have the ability to add their name to the list of future NFL stars who've played in the Under Armour All-America Game; Julio [...]