Buerkle intercepted a Dallas Christian pass with 15 seconds remaining in the TAPPS state championship, and returned it for a game-winning touchdown as time expired. 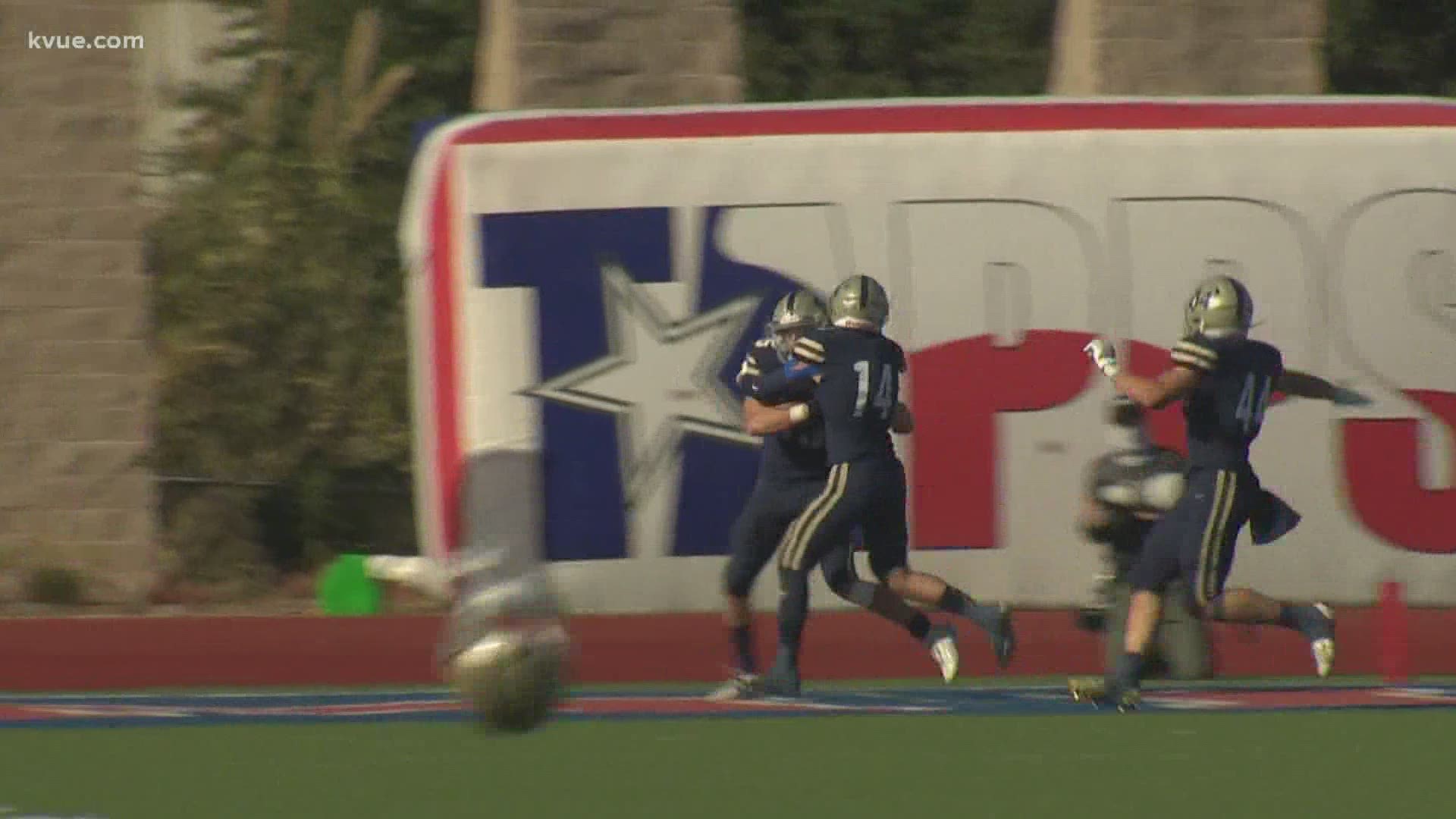 All of that changed in the most dramatic way possible on Saturday at the TAPPS Division II title game, and all of it is thanks to senior linebacker-turned-defensive back Ben Buerkle.

With the game tied at 20 and only 15 seconds left in regulation, overtime seemed inevitable.

Instead, Dallas Christian attempted a deep pass downfield, and Buerkle made the Chargers pay.

He intercepted the pass and then turned on the jets, taking it 70 yards the other way for the game-winning touchdown as time expired.

"Any time you get the ball in your hands on defense, the goal is to get in the end zone," Buerkle said. "I’m still in shock. I just turned and ran, made a man miss and brought it into the end zone."

15 seconds to go in the TAPPS state championship.

Buerkle's walk-off pick-six set off a frenzy on the sidelines and a dogpile in the end zone.

"It’s something out of a movie," quarterback Drew Dickey said. "That doesn’t happen."

“Once he got it, I wasn’t shocked. He’s the second fastest kid we got on the team. I knew he had a chance to get to the house,” head coach Tim Phillips said.

Call it the Miracle at Midway. Or Pick-six Pandemonium. Or Redemption for Regents.

Buerkle cements his name in Regents lore, as he sinks the eight-time champs and gives Regents a state title that was years in the making.

“I’m so excited for our fans, our community, our kids, our seniors, our past players. That was all the emotion that hit me right as he scored. Losing here four times in a row, and then coming here and having this happen is just hard to imagine,” Phillips said.