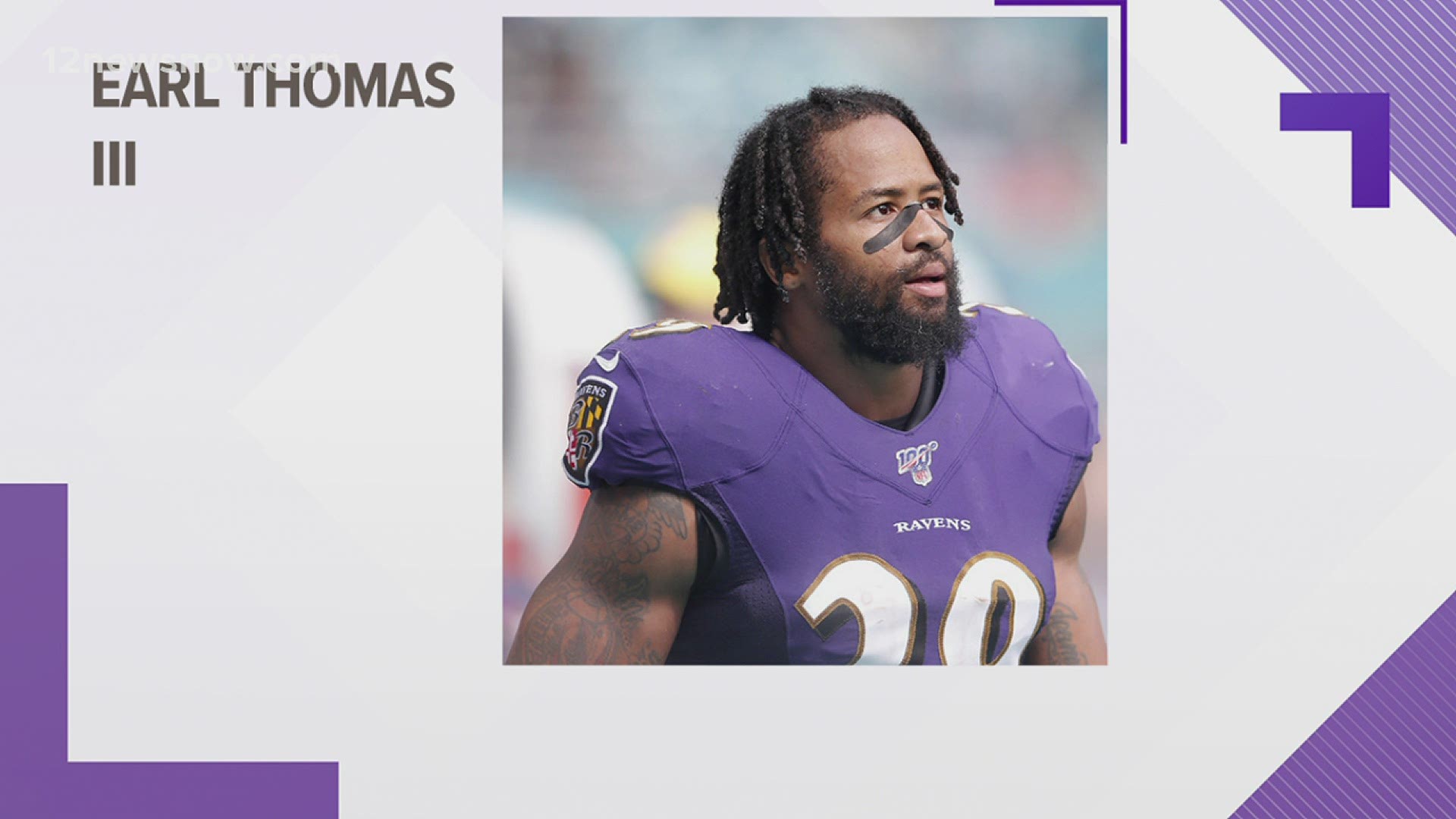 Thomas went to the ER where he received stitches for cuts on his arm, Orange Police said.  He told police he put his hand through a window, which caused the injuries.

Thomas posted on Instagram that he was celebrating Christmas with his family on the same day that he hurt his arm.

In May, Thomas asked for prayer for his family after a reported altercation with his wife in an Instagram post that has since been removed.

TMZ Sports reported the incident, citing court documents which stated Austin Police responded to a home at 3:41 a.m. on April 13. When officers arrived, they "observed that a black female wearing an orange sweater with a knife in her hand, later identified as Nina Thomas, was chasing a shirtless black male, later identified as Earl Thomas, with a pistol in his hand around a vehicle."

According to Nina's account to police reported by TMZ Sports, she was angry after catching Earl cheating on her. She told police that she used Earl's own pistol to simply "scare him".

In the police report obtained by TMZ Sports, Nina told police "she took out the magazine thinking that the gun could not fire." Officers reported Nina was "unaware that the gun had a round in the chamber."

In August, the Baltimore Ravens announced safety Earl Thomas' contract was terminated due to "personal conduct that has adversely affected the Baltimore Ravens." The Ravens released him after a tumultuous year and a half that included being late for team meetings and physical altercations with teammates, according to an article from WFAA.

Thomas is a 7-time Pro Bowler who won Super Bowl XLVIII as a member of the Seattle Seahawks and is a former West Orange-Stark Mustang.

Also in August, the WFAA reported the Dallas Cowboys showed interest in Thomas after the Ravens released him, after a tumultuous year and a half with the Ravens that included being late for team meetings and physical altercations with teammates.

RELATED: With safety Earl Thomas back on the market, expect the Dallas Cowboys to come calling