Participants around the world ready for Virtual Bloomsday

A few participants who once lived in Spokane but now live in different countries are thankful that this event can be a small connection for them back to this area. 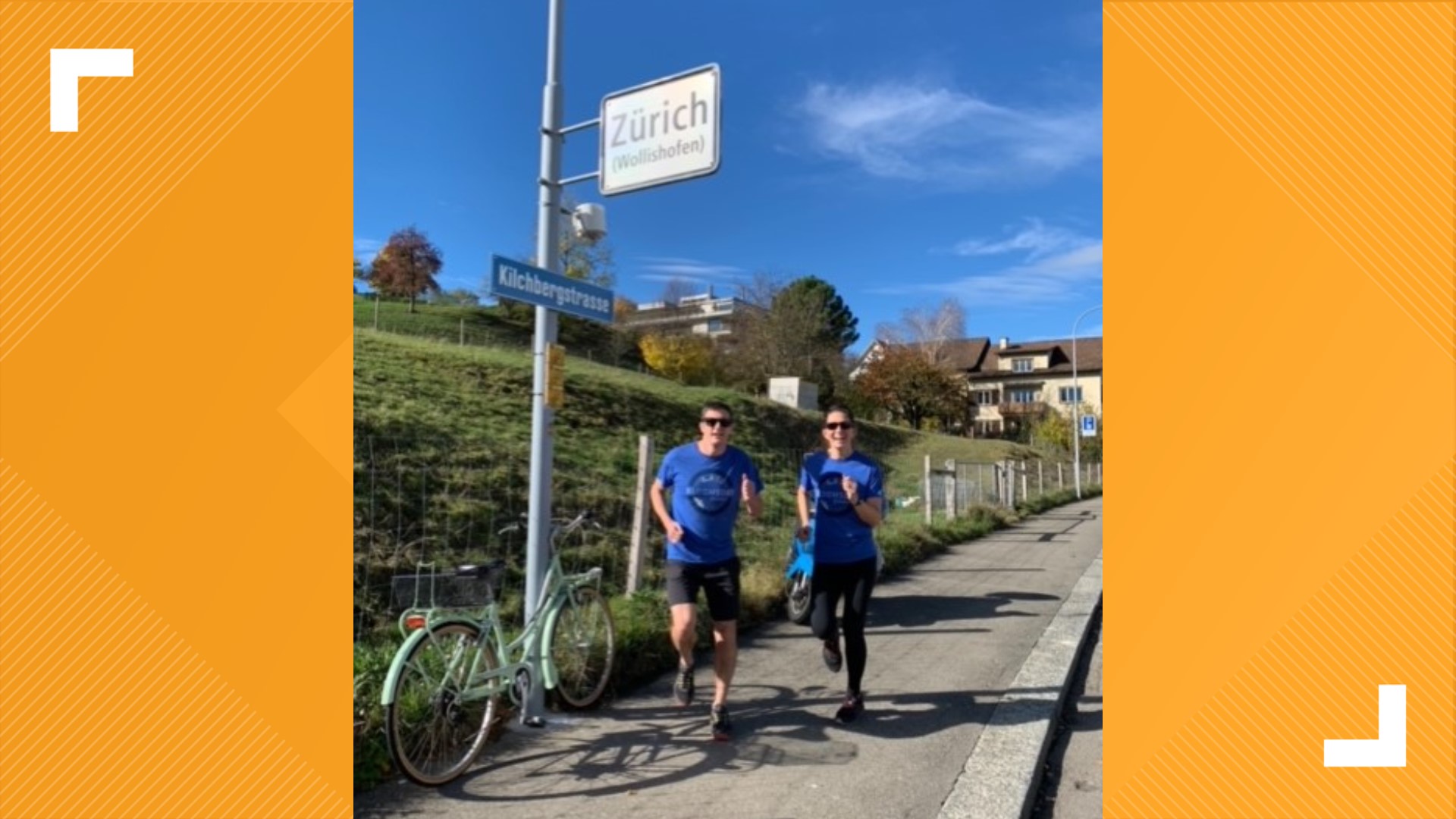 For the second year in a row, Virtual Bloomsday allows participants from around the world to join in on their own personalized course.

Some are completely new to what Bloomsday is and don't know the real struggle of trekking up Doomsday Hill. Then there are those who once lived in Spokane, participated in Bloomsday races and now live in a different country.

Morgan Thompson was born and raised in the Lilac City. He has lived in Switzerland for the past seven years. He has been happy that last year and this year he gets to participate in the well-known race from home, even though it's a different course.

"Since I can't make it back to Spokane for special events like this, it's great to still feel like I'm participating somehow," he said.

Steven and Madeleine Downey, who live in Sweden lived in Spokane for eight years. They haven't raced in Spokane since 2007, but now get to in some capacity because of the new format.

"It's a wonderful way to reminisce and be a part of it in a way. In a different kind of way," Madeleine said.

Allison Douglas, who was born and raised in Spokane but now lives in France, feels the same. She sees it as a nice way to connect with family.

"I can send them a text with my finish time when I'm done with my run," she said.

Her husband Renaud ran it once in Spokane in 2014, and likes to be a part of the festivities.

"At least now we are part of it, even if it's not in Spokane, it's Bloomsday so that's fun," he said.

Through the virtual format, these people have introduced others in their countries to join in with them.

"Last year we roped in our daughter who is in Stockholm," Steven Downey said. "She roped in her Swedish boyfriend to do it."

Thompson said he has gotten friends from the Zurich area to join in.

"I've shared stories of my experience at Bloomsday," he said. "They want to one day come to Spokane and participate themselves."

As they have found themselves all thousands of miles away from Spokane, they are thankful this can be a small connection to this area.

They hope the virtual format will stick around even after the coronavirus pandemic so that these new traditions can continue on with a little bit of home away from home.

"The connection part is what makes it special I think," Steven Downey said.