Ty Archibald led the Seahawks with 22 points while Kanntrell Burney, the No. 5 scorer in the nation coming in, tallied 18 points 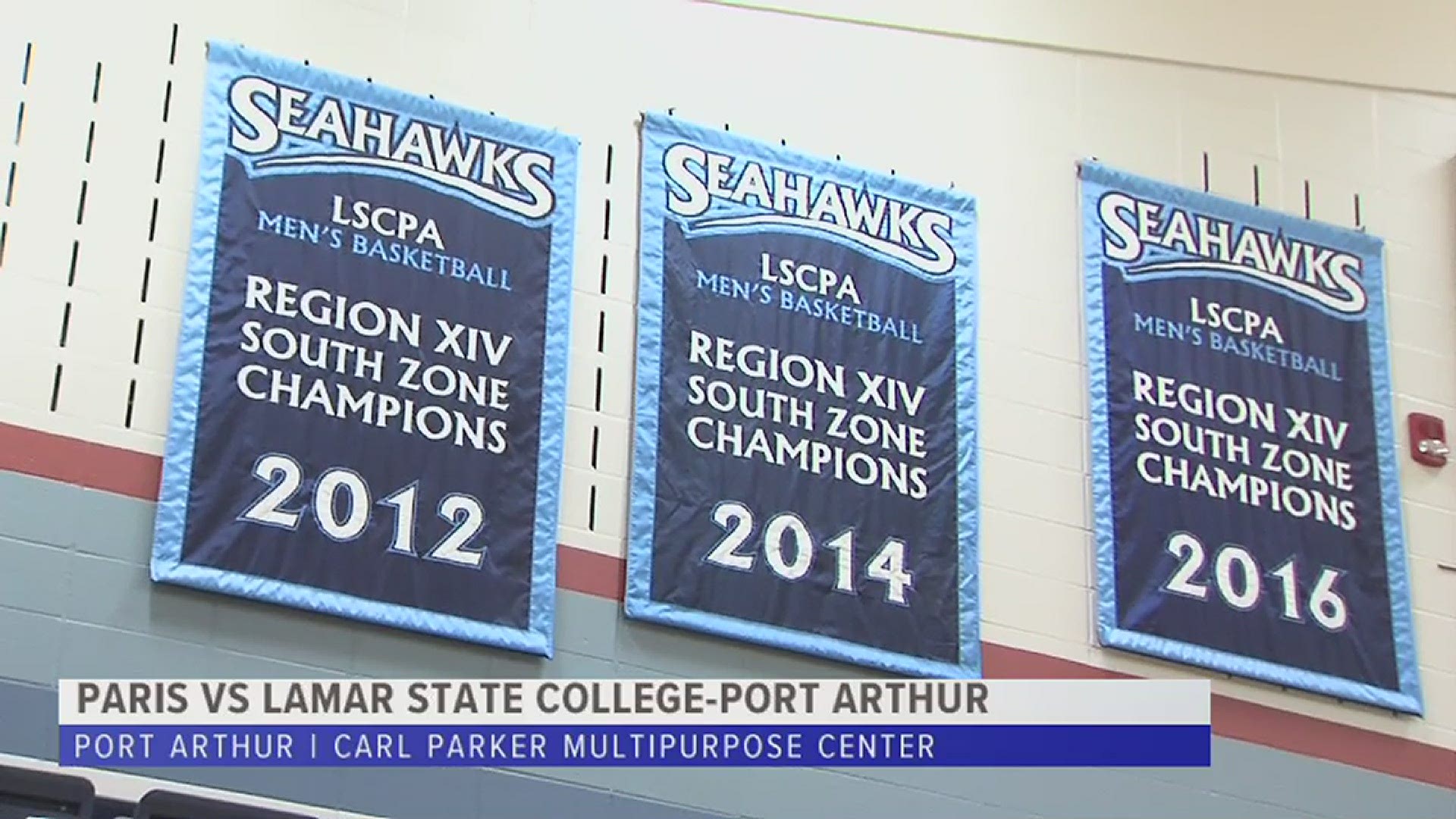 The Seahawks led most of the way, taking an advantage five minutes into a slow-starting game and holding it until the final six minutes. LSCPA trailed by 3, 69-66, and Kanntrell Burney appeared to be shooting from behind the 3-point line when fouled with 4.3 seconds left.

The refs didn't agree, ruling it a 2-shot foul.

Ty Archibald led the Seahawks with 22 points and fellow sophomore Burney, the No. 5 scorer in the nation coming in, tallied 18 after torching unbeaten Blinn with 31 points in last weekend's 98-70 upset.

The Seahawks, now 3-4, travel to Corsicana Saturday to play Navarro College at 2 p.m. Their next home game is at 7 p.m. Wednesday, Feb. 17 against Tyler Junior College.

Wednesday night's game was no comparison to the Seahawks' smoking hot shooting Saturday in Brenham, when they clobbered Blinn with 20 3-pointers. Burney, from Dallas Skyline, hit 8 3-pointers and the team shot 54% from 3-point land and 50% overall, missing only 1 of 13 free throws.

The lead grew to 9 points, 33-24, when Golaszewski, a product of Tomball's Concordia Lutheran High School, nailed a pair of free throws a minute into the second half, LSCPA's biggest advantage of the game.

The Dragons closed to within 3 points five minutes into the second half and again, three minutes later. But each time Golaszewski squared up a 3-pointer. PJC cut it to a single point at 45-44 with 11:11 remaining but Archibald hit from the right corner for another trey to pull away again.

As the clocked ticked under 2 minutes, the Dragons took a 6-point, 64-58, lead. Archibald and Burney each buried 3-pointers but the Hawks couldn't get closer than 2 points.

It was 68-66 when Lucien was called for charging on his way to the basket. A clock-stopping foul by Archibald sent PJC's Yshaad Butler to the free throw line. Making one and missing his second with 9.8 seconds left, a rebound by Adrian Caldwell II gave LSCPA one last chance to force overtime.

As Burney dribbled across midcourt, Butler tried to foul the Lamar State standout for a common 2-shot foul before he could put up a 3-pointer. The game officials said he did, though no one in Seahawks blue agreed.